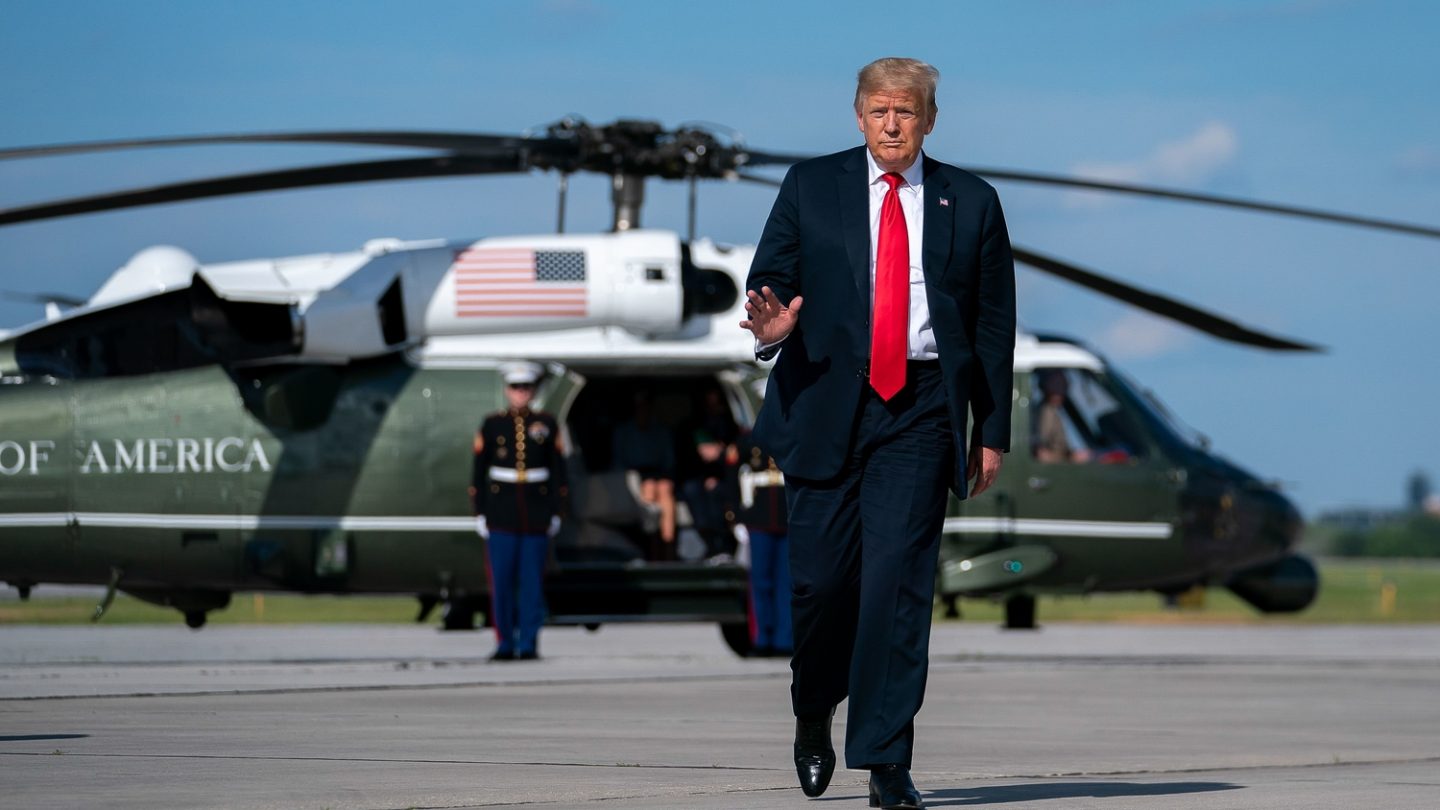 Lest anyone misunderstood President Trump’s point about new stimulus checks a couple of weeks ago now — in an interview, he confirmed for the first time his support for a new wave of coronavirus stimulus payments to Americans — he’s made the same point again in a new interview. This time, promising that said checks are coming “soon.”

Speaking with Jessi Turnure, Washington DC correspondent for Nexstar’s DC Bureau, in response to her question about whether Americans can expect more stimulus checks from the administration, Trump confirmed that is indeed the case. And the details are being worked out right now with Congress.

“We are working on another stimulus package,” Trump said, “and that’ll take place very soon.” This confirms the widespread expectation that Congress will finalize new legislation this month, with new checks possibly going out as soon as next month.

This is not to say, however, that the terms associated with new stimulus checks will be the same or even necessarily similar to the first round of checks that started going out in the wake of Congress passing the $2.2 trillion CARES Act back at the end of March. As we noted yesterday, there is now some talk about targeting the new stimulus checks toward people who need the help the most — such as by adding an income cap, possibly at the $40,000-a-year level.

“I think the people that have been hit the hardest are people who make about $40,000 or less,” Republican Senate Majority Leader Mitch McConnell of Kentucky said, according to The Hill. “Many of them work in the hospitality industry … That could well be a part of it.

“I’ll be unveiling something, which will be a starting place, in a few weeks. And we’ll then be dealing with the administration and the Democrats and all the rest … I think we will do something again. I think the country needs one last boost.”

Other elements that are being mentioned for possible inclusion in a new stimulus package include a payroll tax cut, a tax credit for workers returning to the physical location of their jobs, as well as liability protections for employers. The Washington Post has also reported that there’s a growing assumption Republican lawmakers want to limit any new stimulus to taxpayers with lower incomes, and on Tuesday an aide to Vice President Mike Pence said the White House is looking to have a new stimulus package come in at or under the $1 trillion mark.