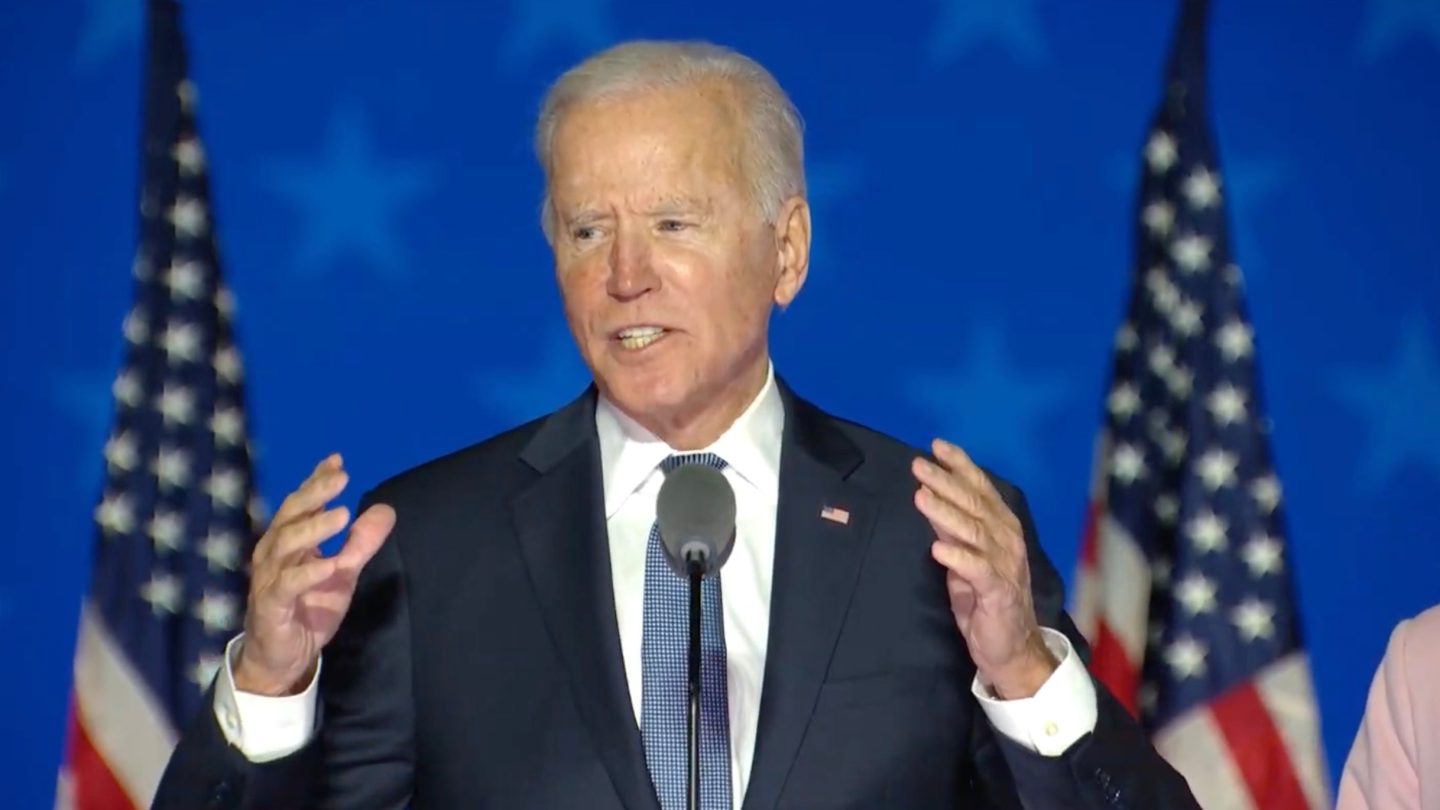 Lest anyone has any doubts about where President-elect Joe Biden stands on the prospect of providing new relief to Americans in the form of a coronavirus aid bill, he shared a kind of stimulus check update on Tuesday that also saw him excoriate Congress for its lack of action.

In a press conference, Biden said a new stimulus accord — which he’s already made clear will be a priority of his administration — is actually something that can’t wait until he takes office in January. Instead, lawmakers need to pass something now, since so many Americans and small businesses desperately need the federal aid. “One of the urgent things that need to be done is people need relief right now — right now,” Biden said. “Small businesses, people who are about to be evicted from their homes because they can’t pay their mortgage, unemployment insurance.”

And, in a dig at the current president who still has not acknowledged the results of the November 3 election and Biden’s win: “I would hope the president at least has the sensitivity and knowledge to know a lot of people are in real trouble right now — between now and the time we get sworn in.”

One day earlier, Republican Senate Majority Leader Mitch McConnell made it clear he supports another stimulus package — albeit one with a price tag far short of the expansiveness that Democrats support. Moreover, he thinks current economic conditions support his position, given the fact that the nation’s unemployment rate fell to 6.9% in the most recent jobs report from the US Dept. of Commerce. Thus, according to McConnell, any new stimulus bill should look like the most recent one unveiled by Republicans a month or so ago — smaller, targeted aid being its focus.

“It seems to me that snag that hung us up for months is still there,” McConnell told reporters during a scrum on Capitol Hill on Tuesday. “I don’t think the current situation demands a multitrillion-dollar package.”

In terms of what Biden wants the next round of aid to look like, no one needs to guess at his priorities. Biden and his team have already gone ahead and sketched out a rough outline of his own stimulus plan.

You can check it out here to see it for yourself. “More must be done,” Biden’s official site explains about his stimulus priorities. “Congress approved direct cash relief — $1,200 per person to help working families through this crisis. But it’s a one-off. And Congress didn’t include direct student loan forgiveness, or Social Security boosts for seniors, or cost-free treatment for COVID-19, full paid sick leave for our workers, or sufficient fiscal relief to states.”