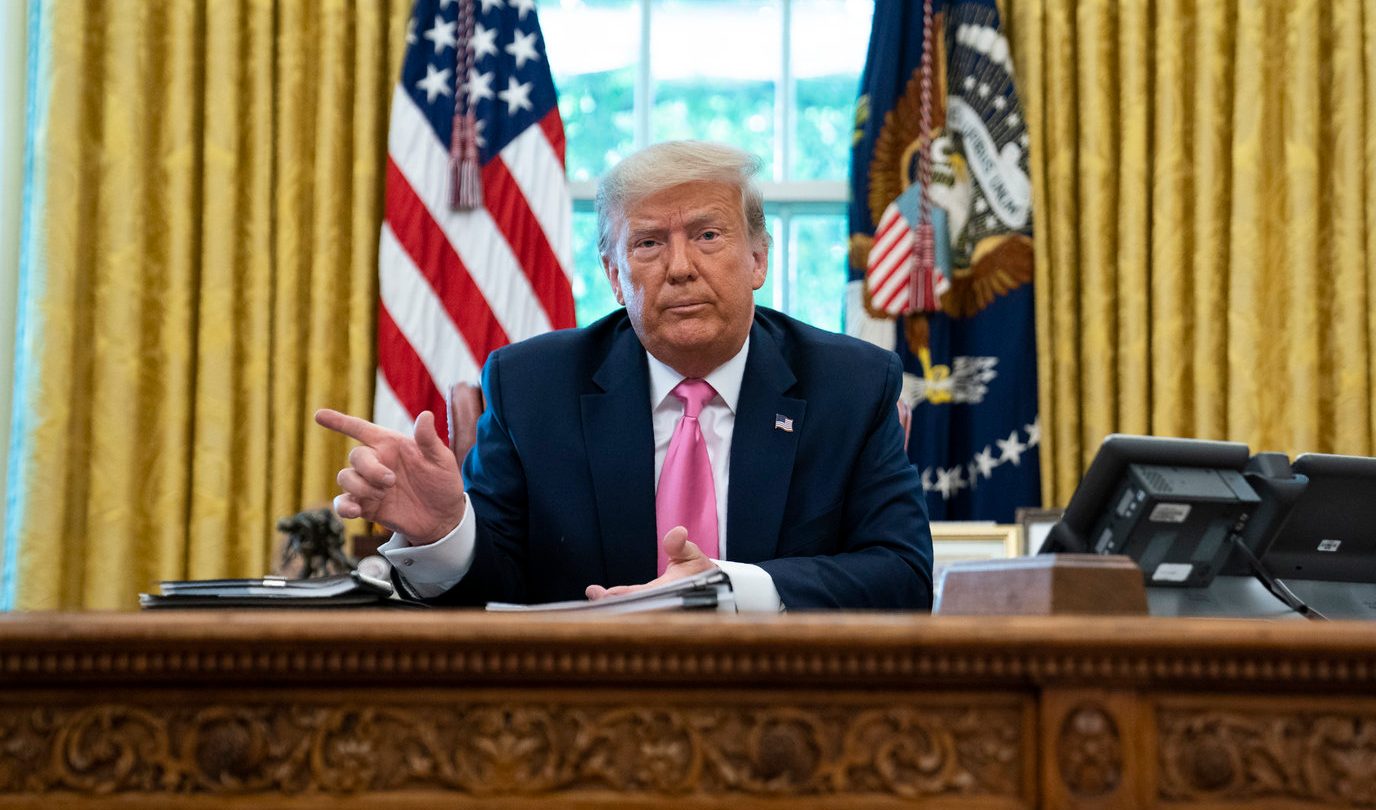 After weeks of a slow build-up, congressional leaders and President Trump on Monday finally returned to the table to start negotiations for a new stimulus bill to try and blunt some of the financial impact of the worsening coronavirus pandemic. And, wouldn’t you know it, but the president has proven once again that when it comes to negotiating prowess supposedly honed over years in the private sector, Trump likes to enter the fray with all the subtlety of a drunken belly flop.

The president on Monday laid down markers for what he thinks a new coronavirus stimulus bill should include, and not only were they all over the map (including a cut in funding for coronavirus testing and a temporary payroll tax cut), but this scattershot approach also might end up hurting the chances for the inclusion of something millions of Americans are desperate for: New stimulus checks.

At least two things the president is insisting on are making the discussions harder than they need to be, according to news accounts of a meeting Monday at the White House between Trump and Senate Republicans. They include Trump pressing for the next stimulus bill to include a payroll tax cut and the partial or complete reduction of funding for coronavirus testing.

Iowa Republican Sen. Charles Grassley of Iowa told NBC News that he thinks stimulus checks are a better way to go than a payroll tax cut. And, to be clear, the administration wants both — along with lots of other priorities, making it less likely the administration will get everything it wants in the final version of a package.

“I think once a person has a check in his hand, x number of dollars will be $1,200 or $1,000, I don’t know,” Grassley said. “But I think that’s going to do more economic good than if we dribble out $30 every paycheck. Because people are going to notice and take some action as a result. So I hope all of this is being done in regard to the economic necessity.”

Likewise, senators like Lamar Alexander of Tennessee think any cut in funding for coronavirus testing is a bad idea. “My view is, we should do whatever we need to do to make sure we have adequate tests,” said Alexander, who’s also the chairman of the Senate Health Committee. “All roads to open school, opening, going back to work, child care, lead through testing.”

The stakes for whatever package emerges certainly couldn’t be much higher. Tens of millions of Americans are out of work right now and desperate for aid. Likewise, the pandemic itself continues to rage, with the latest data from Johns Hopkins University showing that more than 3.8 million coronavirus infections have been identified so far in the US, along with more than 140,000 deaths.