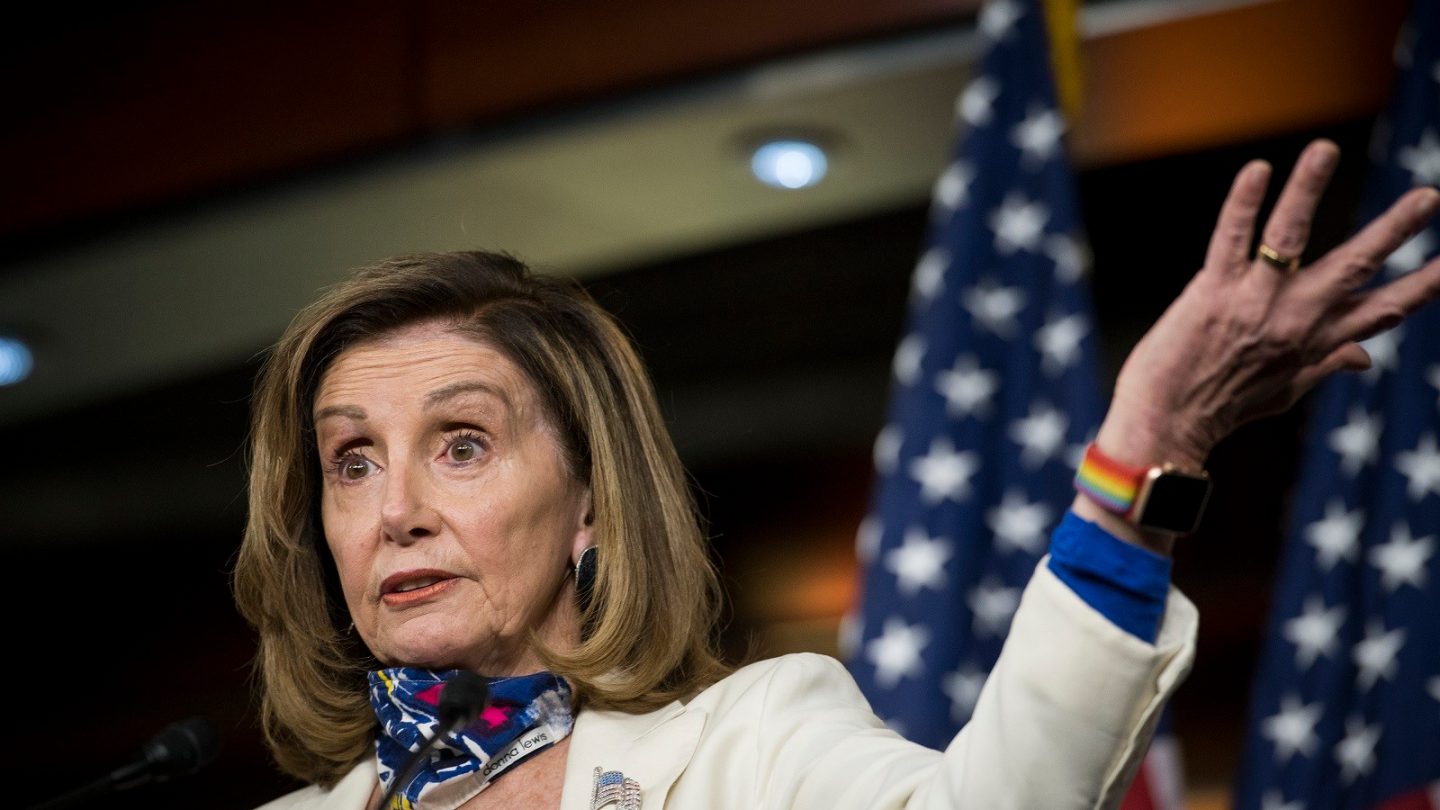 There’s a great scene in the first season of The West Wing, where President Bartlet and the First Lady are having a row to such a degree that a snippet of it actually went on to enjoy the surest path to immortality that a thing can have on the Internet — it turned into a meme.

“I concede I was wrong about the thing,” Abbey Bartlet tells the president during the exchange, who responds “Good.” After she tries to start up again, “However –” he cuts her off. “No, no ‘however.’ Just stand there in your wrongness and be wrong and get used to it.” I bring that up, because Democratic House Speaker Nancy Pelosi went on CNN today and got into an epic spat with anchor Wolf Blitzer, during which she tried to explain why she’s refusing to allow the Trump administration’s push for a new stimulus bill to come to a vote. As Blitzer was trying to end the segment — on the unsatisfying note that anchors sometimes fall back on, the old “we’ll have to leave it there” declaration — Pelosi refuses to let things go, and basically gives Blitzer an earful that was tantamount to her own version of the Bartlet line. “No, we’ll have to leave it on the note of you are not right on this one, Wolf …”

Let’s back up, for a quick second. The simple reason why Congress hasn’t passed a new stimulus bill yet — as a follow-up to the $2.2 trillion CARES Act from back in March that included funding for new stimulus checks — is that Republicans control the Senate and Democrats control the House. For months, Republicans have wanted to hold the line on a stimulus bill price tag, preferring instead to pass more targeted packages rather than an all-in-one, massive bill.

Democrats, however, have resisted and keep resisting any attempt to pass anything less than an all-encompassing, multi-trillion-dollar package. It’s the whole thing, or nothing at all. And, by the way, when we say Democrats, we really only mean Pelosi — she is steadfastly refusing to allow the Trump administration’s compromise bills to come up for a vote in the House.

In the exchange below, Blitzer questions her about the wisdom of this. Why not at least go ahead and get something out the door that everyone agrees on? Like stimulus checks, for example — just pass that, get it out of the way, because millions of Americans desperately need the help, and then move on to the next thing? Why let the perfect be the enemy of the good?

“I will not the let wrong by the enemy of the right,” Pelosi snaps back.

At another point during the exchange, Blitzer referenced a tweet from California Democratic congressman Ro Khanna, who said that ordinary Americans can’t wait indefinitely for a new stimulus bill from Congress. “Madam speaker, these are incredibly difficult times right now and we’ll leave on that note,” Blitzer said, by way of trying to bring the segment to a close.

Despite the attempt to move things on to the commercial break, Pelosi didn’t want to let that go:

“No, we’ll leave it on the note that you’re not right on this, Wolf, and I hate to say that to you.”

It continued on like that, back and forth, a little longer. Pelosi sarcastically thanked Blitzer “for your sensitivity to our constituents’ needs.”

“I am sensitive to them, because I see them on the street begging for food, begging for money,” Blitzer said.

“Have you fed them? We feed them,” Pelosi retorted.

Which, having said all that, certainly makes one thing clear: It definitely sounds like the Pelosi caucus (of exactly one) in the House doesn’t seem terribly motivated to allow a stimulus vote anytime soon.