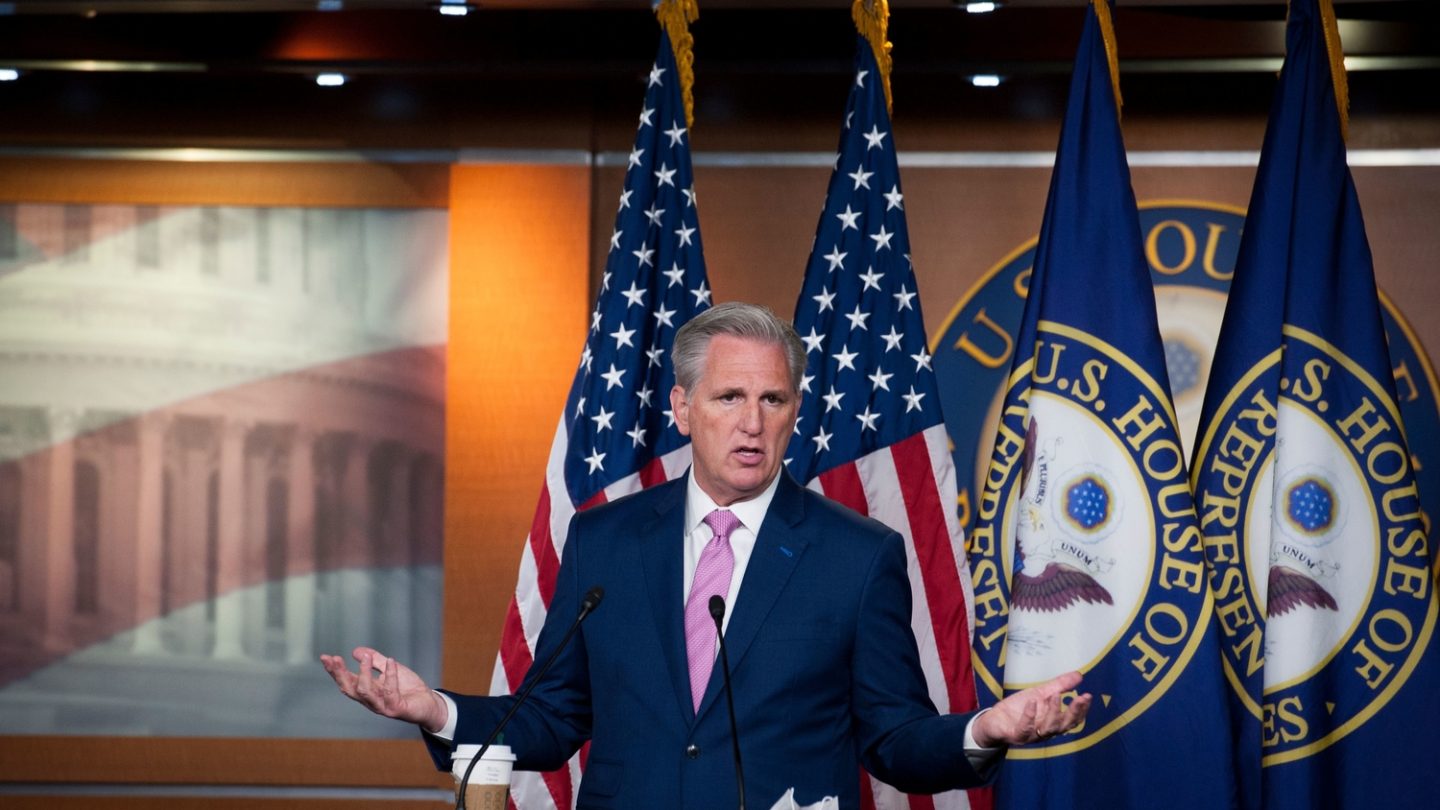 Democrats in the US House of Representatives passed a massive new coronavirus relief package last week, a $3 trillion bill that, among other things, appropriates money for another round of direct stimulus payments. That would follow the initial round of direct payments that started going out in the wake of the pandemic, which provide up to $1,200 for individual taxpayers and up to $2,400 for married couples (plus $500 for each eligible child).

This week, that money started to be disbursed to some taxpayers in the form of a prepaid debit card, that’s ready to be used immediately, instead of a paper check that would first have to be deposited into a bank account.

However, there may be bad news for anyone who was hoping Congress would authorize additional stimulus payments, especially in light of the crushing economic damage wrought by the fallout of the coronavirus. The US is approaching Great Depression-level unemployment, which is what Democrats like Sens. Kamala Harris and Bernie Sanders no doubt had in mind when they proposed new stimulus payments … for every month until the coronavirus pandemic is over. Republicans, meanwhile, counter that by pointing to the more than $239 billion in various forms of aid that has already gone out in response to the pandemic. And, more importantly, top Republican leaders say the House’s newly passed bill is basically dead-on-arrival in the Republican-controlled Senate.

California Republican congressman Kevin McCarthy, who’s also the House Minority Leader, told reporters Tuesday that “I don’t see the need right now” for another stimulus package. CNN reporters last week, upon passage of the new House stimulus bill, asked Senate Majority Leader Mitch McConnell, a Republican, if he thought the Senate might take this matter up, and he replied: “I don’t think we have yet felt the urgency of acting immediately. That time could (come), but I don’t think it has yet.”

However, he did hint that there’s at least an outside chance something might be possible: “We’ll discuss a way forward in the next couple weeks.”

Our prediction: It’s maybe 50-50 at this point on whether Congress passes another relief package which includes money for an additional round of stimulus checks. The more the presidential campaign election season ramps up, it would seem that whether or not something is a good idea is going to be superseded by simply how much it helps or hurts either side of the political divide.

Democrats will use this to try and underscore how much the party cares about ordinary Americans who’ve been hurt by the crisis — which could force Republicans into feeling like they have to do at least something, or risk looking too cold-hearted during the worst economic crisis in the US since the Great Depression (irrespective of the billions of dollars in aid that have already been appropriated). However, if President Trump and his Republican allies in Congress feel that the president’s base is still hurting in a major way from the crisis, that will probably be enough of a catalyst alone to get the wheels turning on additional stimulus checks.