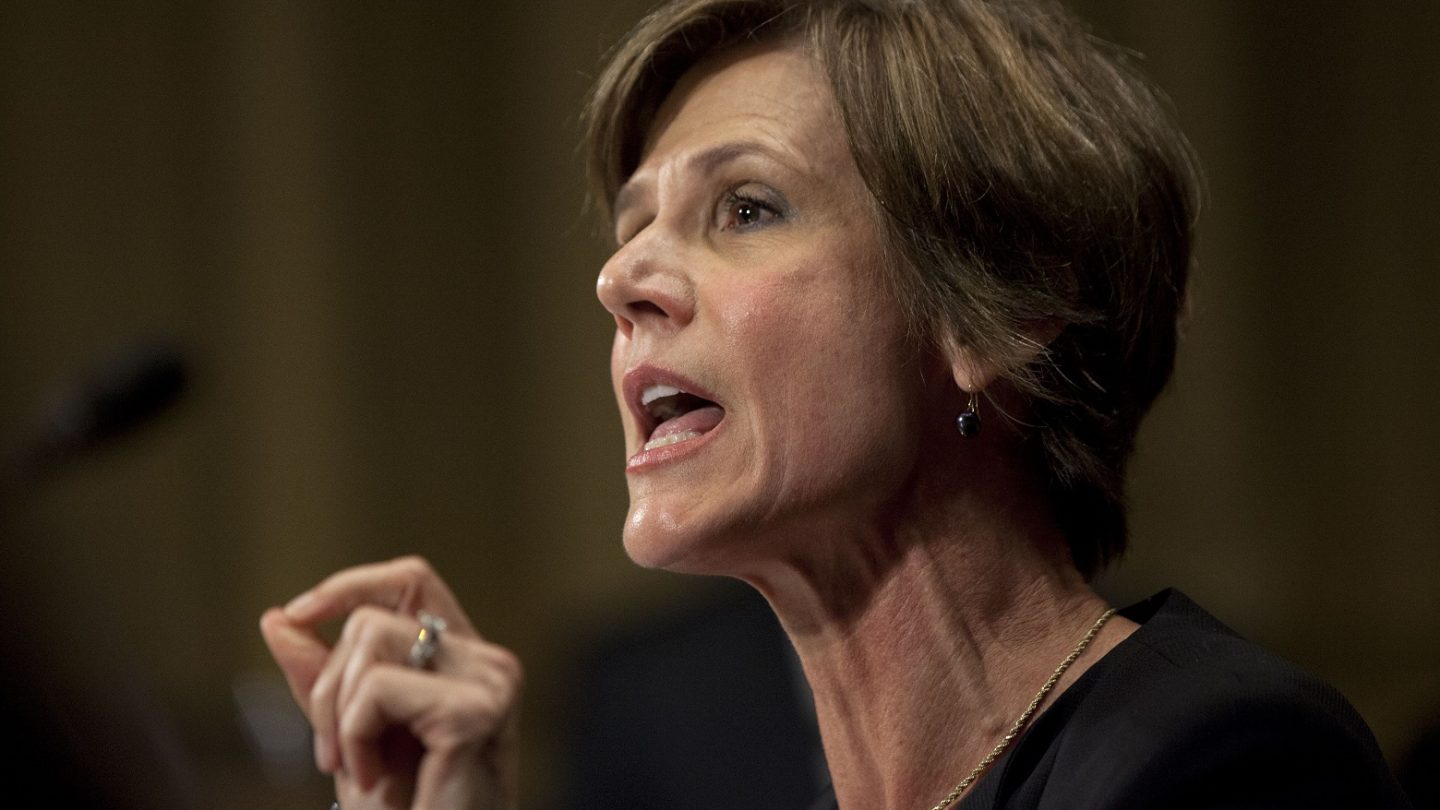 During the testimony, which is scheduled to begin at 2:30 PM ET, Yates is expected to give her side of the story in regards to the warning she gave the White House about former national security adviser Michael Flynn’s dubious connections to Russia. Yates will reportedly contradict the White House’s account of her warning, which press secretary Sean Spicer has previously described as “a heads-up.”

Yates was originally meant to testify on the matter over a month ago, but the pandemonium that followed then House Intelligence Committee Chairman Devin Nunes’ inexplicable trip to the White House to deliver relevant information to President Donald Trump before speaking with his committee ended up leading to several cancellations, including the long-awaited testimony of Sally Yates.

Trump clumsily attempted to discredit Yates before the testimony could begin on Monday morning by blaming President Obama for granting Flynn “the highest security clearance” in the first place, before setting his sights on Yates herself and telling the Senate subcommittee to ask Yates “under oath, if she knows how classified information got into the newspapers soon after she explained it to W.H. Counsel.” He seems to be implying that she was involved in leaking classified information.

Adding to the firestorm, NBC News reported this morning that Obama himself warned Trump against hiring Flynn when the two sat down to speak for 90 minutes in the Oval Office in November.

The impact of this hearing could be massive or relatively insignificant, depending on how much Yates is able to say (and whether or not what she has to say is truly damning). There is an active investigation ongoing, which means that Yates will not be able to speak freely on every topic that the senators broach, but regardless of what she can reveal, it’s clear that the Russia story isn’t going away any time soon.

You can watch Sally Yates testify live before the Senate at 2:30 PM ET in the video below: