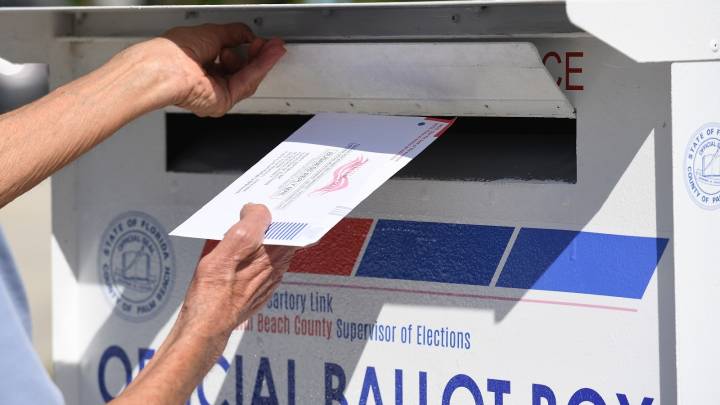 This year’s presidential election is quite possibly the most important of its kind, given the current context. The novel coronavirus is raging in the US, with states reporting a record number of cases, as well as a significant death toll. American voters haven’t had to cast their ballots during a pandemic of massive proportions since the Spanish flu in 1918, but those were mid-term elections. COVID-19 will play a major role in the contest between President Donal Trump and Joe Biden. The pandemic response was one of the main themes of the two campaigns and will influence both the turnout, the voting, and the actual vote tabulation.

More than 97 million Americans have voted ahead of November 3rd, as of Monday, with more than 62 million people mailing-in their ballots to avoid risking exposure to the virus. Community transmission is still high in many states, and while precautions are taken to ensure voters’ safety, the risk of COVID-19 transmission remains. The figure represents more than two-thirds of the 2016 election turnout and signals that the final results will take some time to be revealed. President Trump has made a point of his campaign to demand a result on election night, suggesting he expects the numbers to shift as mail-in ballots are counted and signaling that he might contest the results.

As voting locations open across the country, one town has already voted, counted the ballots, and reported the winner.

A tradition that has held for 60 years allows the people of Dixville Notch to vote right after midnight on Election Day. The North Hampshire town that sits along the US-Canada border is one of the first places to announce results after counting the five votes cast in the small community.

Tradition says that all eligible voters gather in the storied “Ballot Room” at The Balsams resort in Dixville Notch. With health measures in place to reduce the transmission risk, the voting took place minutes after midnight. They were then tallied, and the results were announced. The Democratic nominee took home all five votes in the town. That included the vote of declared Republican, according to CNN interviews.

The Dixville Notch might be a popular stop for the media on days like the presidential election, but it’s not a predictor for the election’s actual outcome. In 2016, the popular vote of Dixville Notch went to Hillary Clinton, but the Democratic nominee lost the Electoral College to Donal Trump.

Dixville Notch is not the only New Hampshire location that opened polls early. Millsfield also opened polls at midnight, and Trump won the town 16-5 over Biden. Hart’s Location would also normally open voting at midnight, but the pandemic prompted authorities to cancel this year’s event. The 48 voters can cast their votes during normal daylight hours.