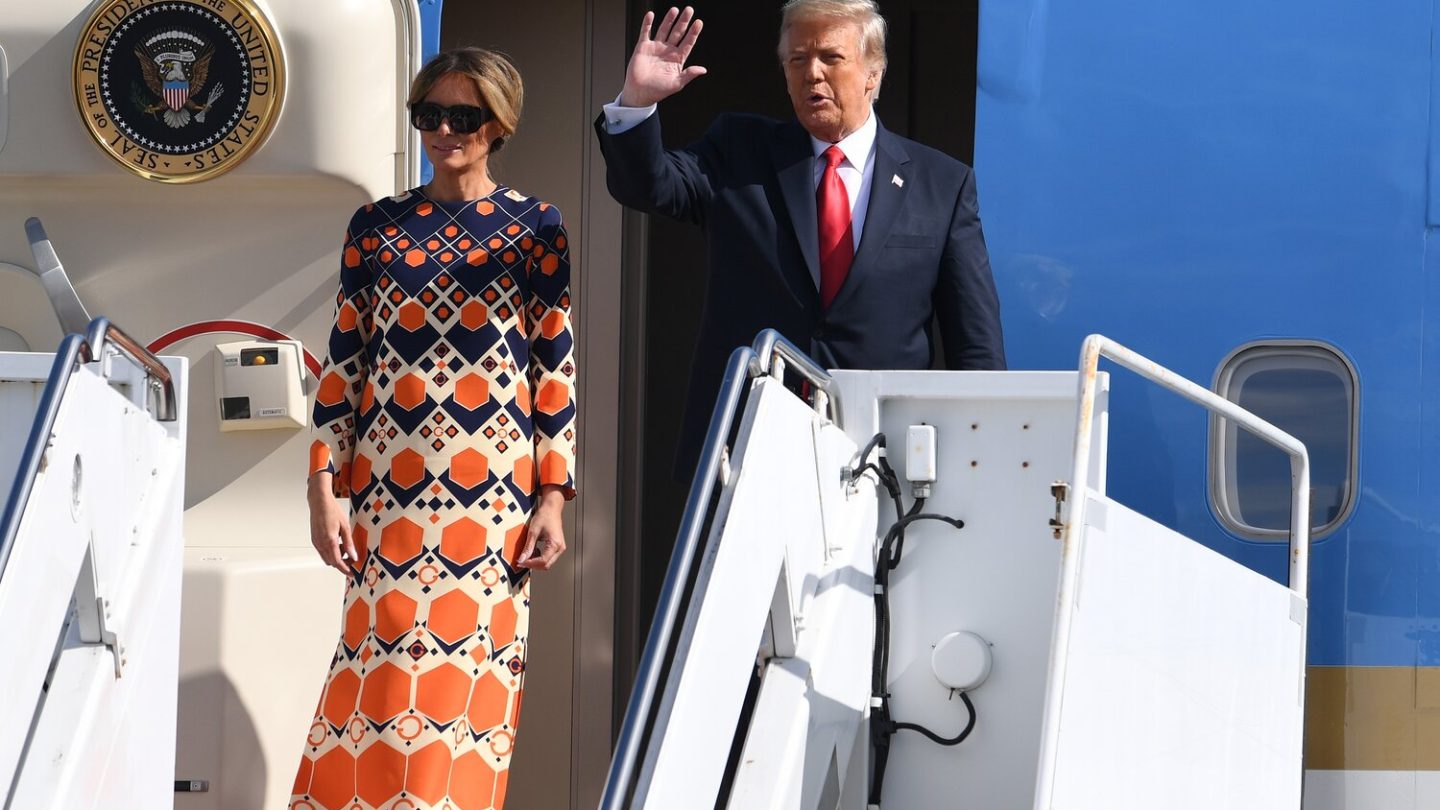 The nation’s former news maker-in-chief might not have his Facebook and Twitter platforms anymore, not to mention the slew of other digital services and platforms that subsequently banned President Trump following the January 6 riots at the US Capitol. But that doesn’t mean Trump isn’t still easily able to generate news headlines, as he’s now doing by having spoken to the media for the first time since decamping to Florida after leaving the White House ahead of Joe Biden’s inauguration.

The Washington Examiner caught up with the now-ex president on Friday, finding him at his favorite table at the Grill Room inside the Trump International Golf Club in West Palm Beach, Florida. Before an aide shooed the reporter away, Trump teased that people won’t have to wait long to find out what his next act will be, post-White House. “We’ll do something, but not just yet,” Trump told the reporter.

If Congress has its way, that “thing” will be dealing with a conviction resulting from Trump’s second impeachment trial, which is about to get underway in the Senate. Conviction on the single impeachment charge stemming from the January 6 Capitol riots, though, is not a foregone conclusion, since it’s only the tie-breaking vote of Vice President Kamala Harris that gives Democrats the slimmest of margins in the upper chamber of Congress. And the current rules mean that the votes of more than a dozen Republicans will be needed, along with all Democrats, if Trump is to be successfully convicted following the impeachment trial.

Trump routinely ignored norms during his presidency, meanwhile, which is something that’s likely to continue during his post-presidential life. Accordingly, there’s begun to be speculation that the usual presidential library development is not a project that Trump will want to dive into anytime soon, and he might not be ready for a book deal just yet, either.

Meantime, one thing President Trump likely won’t be doing, if you believe associates close to the president, is launching a third party to break the Democratic and Republican logjam on presidential politics. Trump senior campaign advisor Jason Miller told CNN that Trump “has made clear his goal is to win back the House and Senate for Republicans in 2022.” And “there’s nothing that’s actively being planned regarding an effort outside of that.”