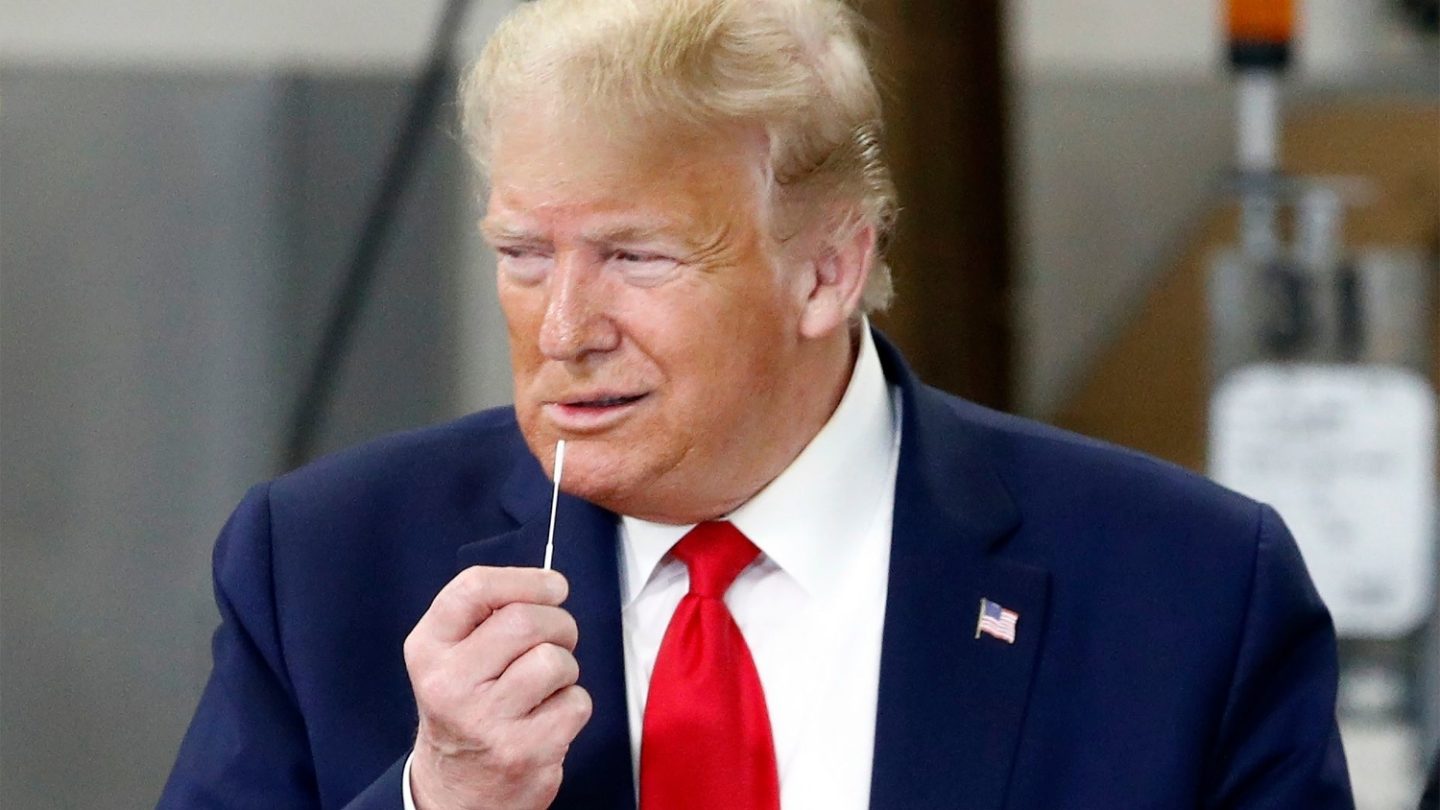 Once it became clear that face masks are one of the only tools we have to combat the spread of the novel coronavirus, human nature started to produce some unsurprising (and unfortunate) results. Men, for example, were found to be more likely to venture out into public mask-less. Studies revealed that behavior, but if you didn’t want to bother reading a study, you could simply look to our commander-in-chief. President Trump is never seen wearing one and is on record as saying he doesn’t want to “give the press the pleasure” of seeing him wear a mask, whatever that means.

It should go without saying, of course, but this is much more than personal preference, where your feelings about face masks are just as valuable as mine. My mask is about protecting you from me, which is why we’re seeing airlines, for example, require passengers to wear masks in-flight. Trump, nevertheless, still has a big problem with face coverings, and that resulted in a ridiculous problem for one manufacturing facility he recently visited.

Over the weekend, President Trump visited a facility in Maine called Puritan Medical Products that makes coronavirus test swabs. As usual, the president did not wear a face mask during his visit, which encompassed a manufacturing run of testing swabs happening in the background while the president was on-site.

The company has said swabs produced during the president’s visit had to be discarded, but the company did not explain why. In a statement to USA Today, a company marketing manager explained: “The running of the factory machines is very limited today and will only occur when the president is touring the facility floor. Swabs produced during that time will be discarded.”

The president’s visit was meant to trumpet a “Made in America” message and to stress that the US has adequate resources for the coronavirus fight. Whether or not his lack of a face mask is what motivated the company to ditch these swabs (assuming they were potentially contaminated, for example), this move certainly undercuts the whole point of the president’s visit and highlights ongoing shortages of testing supplies in both Maine as well as, at least early on, the US at large.

According to the Portland Press Herald, for example, almost a third of nursing homes in Maine reported having no nasal swabs on hand last month. Almost 61% said they had less than half a dozen on hand. This, as the pandemic grinds on, makes it all the more inexcusable for the US not to have adequate supplies on hand.