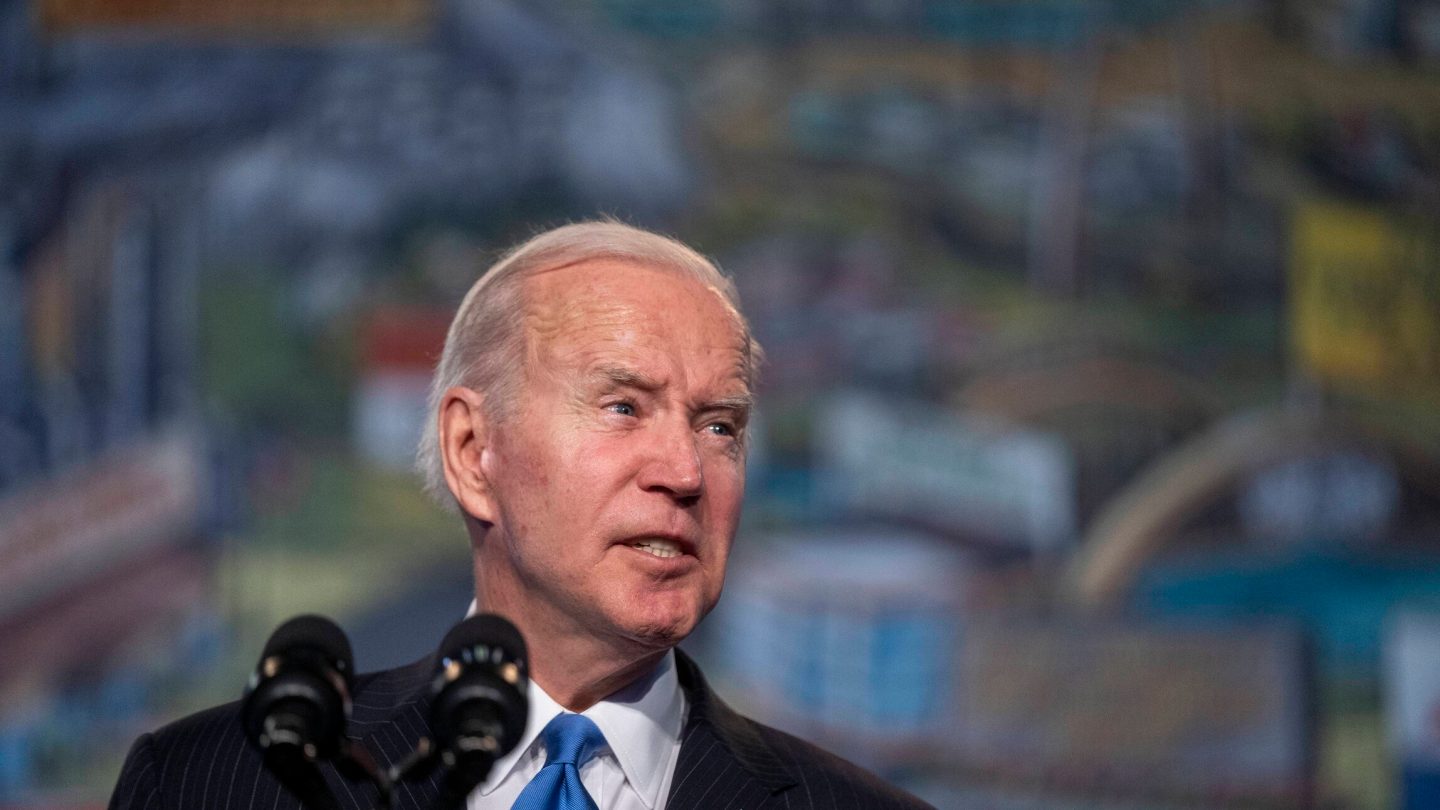 White House press secretary Jen Psaki found herself in the awkward positiong during her usual press briefing on Thursday of insisting that — no, just because there’s video from this week of House Speaker Nancy Pelosi (who’s now Covid-positive) kissing President Biden’s cheek and holding his hand, that doesn’t meet the CDC’s definition of the president having been in “close contact” with her.

As of the time of this writing, President Biden is continuing to test negative for Covid-19. But that’s in spite of the fact that Covid has been tearing through his administration in recent weeks, infecting Cabinet members, the CIA director, the comms director for Vice President Harris, as well as Psaki. Plus other officials in Washington DC outside of the administration, including Pelosi.

Speaker Pelosi now has COVID. DC is having an obvious surge. I know 10 people with active COVID. Ignore the green CDC map which will only change if hospitals fill. The public needs to know case rates and they are rising. Wear a mask in indoor places. Also, would skip the bars.

The New York Times this week penned a piece about this exact turn of events with the ominous headline: “A spate of coronavirus cases among top officials has Washington feeling uneasy.” To put this all in perspective, as of the time of this writing? The Washington officials who are 2nd, 7th, and 10th in the official presidential line of succession all currently have Covid. And that’s not even the most unusual part:

The thing that’s even more striking about this current wave is how blase everyone seems to be about it.

When Covid was ravaging the Trump White House, it was given breathless news coverage which attempted to link that state of affairs with a degree of incompetence, Covid-trutherism and vaccine hesitancy. Two years into the pandemic, of course, a lot has changed. The vaccines are keeping a lid on serious infections and hospitalizations. The country is tired of talking about it. The danger no longer feels as acute.

The “so what?” Covid wave

Here where I live in Memphis, for example, we had what might have been our first day since the pandeimc started with zero new Covid cases on Wednesday. So, on one level, it’s not surprising that the Biden administration is arguably treating all this with the equivalent of the shrug emoji.

Having said that, it does feel like there’s also a dissonance between a lot of people’s attitude toward Covid at the moment and, basically, reality. Not that such a thing is a new phenomenon. It’s just that people who used to make a big deal about caring, or pretending to care, don’t even seem all that interested in pretending anymore.

The reaction would have been completely different, you understand, if a CNN reporter asked President Trump’s White House press secretary why he shouldn’t be considered a close contact of someone with Covid who’d kissed his cheek, shaken his hand, and been in close proximity to him just a day or two prior. When it’s a Fox News reporter asking that question of a Biden administration official — and the response is: What can we say? The CDC makes the rules — there’s a collective shrug, and we move on.

1. Remove your face mask when approaching a large crowd of mask-less people.

2. Proceed to touch and feel them.pic.twitter.com/jVSKL6BnZK

“(The CDC’s) definition of it is 15 minutes of contact within a set period of time, within six feet,” Psaki said. “It did not meet that bar.”

Which shouldn’t really be a surprise. This is where we are now: “America is staring down its first so what? wave” of Covid, reads the title of a piece this week from The Atlantic.

Indeed, it does kind of feel like people are just winging things at this point. Maybe the administration is also leery of leaving people with the impression that Covid protections like masks and vaccines are besides the point. And so that’s why they downplay things to the point that they seem to act like we’re not in a pandemic anymore.

In the final analysis, winging it seems to be what not just this presidential administration but almost all of them are best at. How else to explain things like Psaki insisting this week that no, no, we’ve got this — we actually go above and beyond CDC protocols?

Only — wait, why do you all actually feel the need to do so? Are the CDC protocols not good enough? Is it that you think the protocols are inadequate?

Are the protocols only good enough for commoners?

Obviously, we are not a serious country nor are we led by serious people. And everything, always, is a Rorshach test. When Covid rips through the Trump White House? Well, obviously, they had it coming. Look how incompotent they are. That’s what people tell themselves. When the virus does the same to the next administration? Oh well, it’s just one of those things.

Perhaps, though, after enough soaring inflation, record-high gas prices, instability around the world exacerbated by US missteps, the sight of a Covid-ravaged White House — maybe, all of those things might ultimately remind people that the primary reason Biden won the White House in the first place was because of who he wasn’t, not who he was.

If he was going to win because of the latter, he’d have done so during any of his previous White House bids. It was his not-Trumpness, however, that got him over the finish line this time. Only, he’s actually ended up being more Trump-like in one way that nobody expected.

The candidate who promised that he would “stamp out the virus,” like Trump, now has a White House and an administration that’s metaphorically on fire with it.