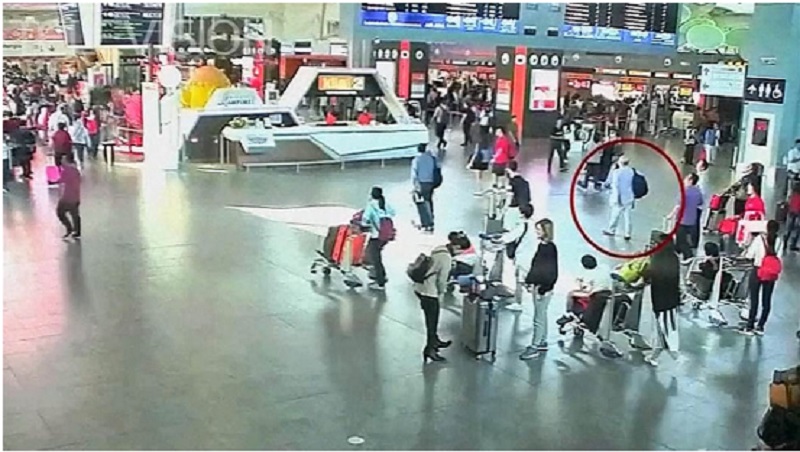 Last week,  Kim Jong Nam, better known as Kim Jong-un’s estranged half -brother, was attacked and poisoned with a mysterious substance at an airport in Malaysia. Earlier today, video of the incident obtained via security cameras was released to the public.

Per the video below, posted this afternoon on NBC News, we see Kim walking leisurely through the airport before a woman — believed to be a North Korean agent — accosts him from behind and wipes a cloth across his face before fleeing the scene. From start to finish, the entire attack was over in just five seconds.

Shortly thereafter, Kim approached airport security to discuss what happened and to ask for assistance. Unfortunately, Kim ultimately passed away before he could even reach the hospital.

The video capturing the chain of events is rather harrowing.

“Malaysia has recalled its ambassador from Pyongyang for consultations,” NBC News notes, “and summoned the North Korean ambassador in the country to explain the allegations.”

“The investigation by the Malaysian police is not for the clarification of the cause of the death and search for the suspect,” a North Korean official said, “but it is out of the political aim.”

The motive behind the attack remains unclear, but reports indicate that Kimg Jong-un became aware of his half-brother’s intent to defect from North Korea and decided to take lethal action.

Since the video became public, four individuals believed to be involved in the attack have been apprehended. It’s also been suggested that the female attacker may have actually been a man in disguise.

As for the substance of the poison used in the attack, it’s believed that the cloth rubbed across Kim’s face may have been laced with “either ricin or deadly puffer fish toxins.”