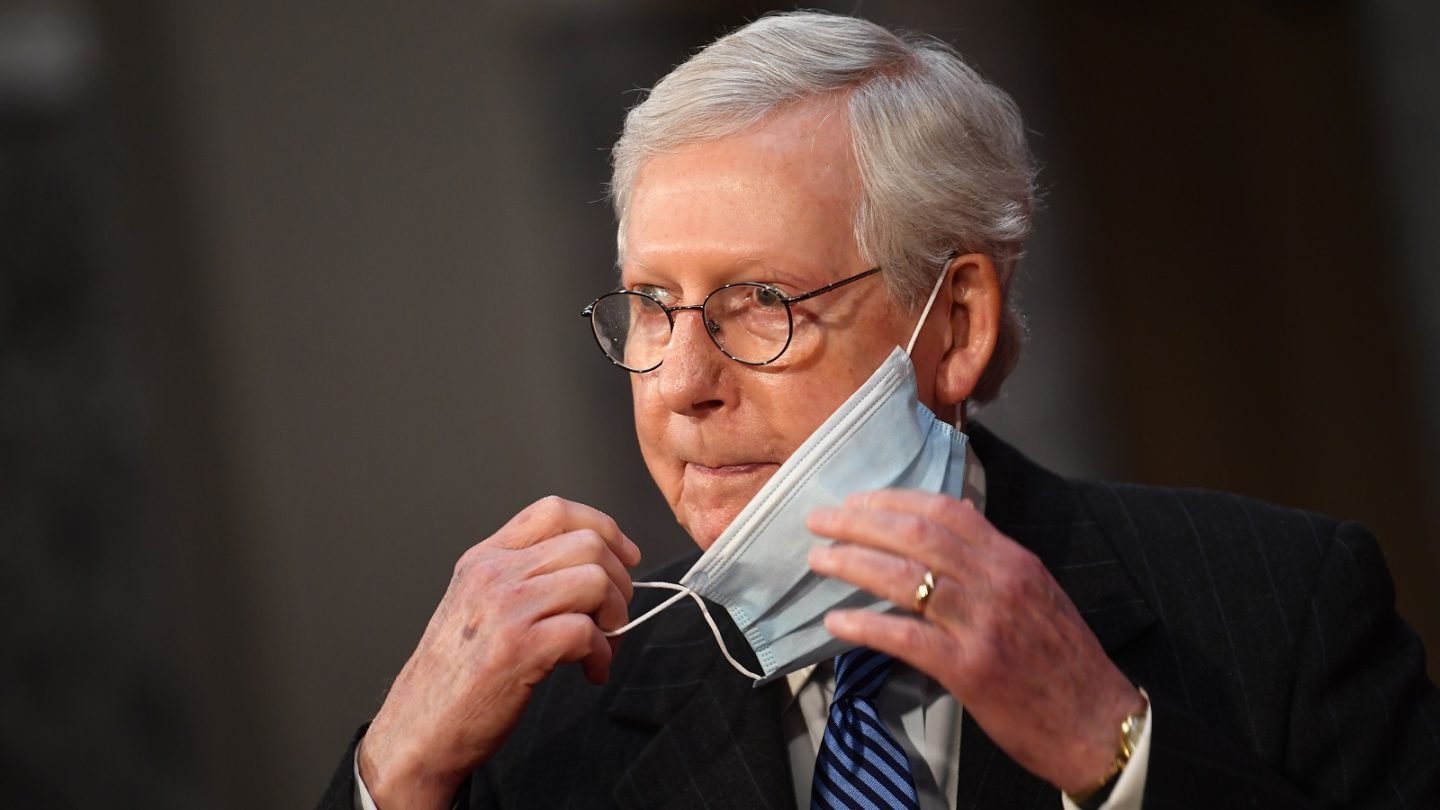 We’ll have to wait a few more days before all of the votes are counted, but as of Wednesday morning, Decision Desk HQ has called both Georgia Senate runoff elections in favor of the Democrats.

Providing their victories are confirmed, Raphael Warnock and Jon Ossoff will soon take the oath of office, splitting the legislative body in half with 50 Democrats and 50 Republicans. Once she is sworn in herself, incoming Vice President Kamala Harris will break any ties, which will give Democrats control of the Senate.

As surprising as it may be that two Georgia Senate races put Democrats over the top, there were plenty of signs that this was a legitimate possibility heading into election day. But we’re just going to focus on one: Mitch McConnell made it clear $2,000 stimulus checks would never get a vote if Republicans were in charge.

On December 22nd — five days before he signed the $2.3 trillion spending package to fund the federal government and provide vital relief to the American people — President Trump demanded that Congress increase the new round of stimulus checks from $600 to $2,000 per person. Democrats were quick to agree with the president, drafting a bill two days later to increase the value of the second checks. Trump finally signed the spending bill on December 27th, and then on December 28th, the House passed a bill to raise the stimulus checks to $2,000.

All in all, it was a fairly expeditious process, especially for this Congress, but the bill came to a screeching halt in the Senate. Sen. Chuck Schumer (D-NY) repeatedly requested a quick vote on the bill over the last week of 2020. Every time, Senate Majority Leader Mitch McConnell blocked his request. McConnell even introduced a competing bill that would have tied the $2,000 stimulus checks to the repeal of Section 230 and the establishment of a committee to investigate widespread voter fraud in the 2020 election, of which there is no evidence.

McConnell’s bill stood no chance of receiving the 60 votes required to pass the Senate, but neither ever received a vote, and so the $2,000 checks temporarily died. Unsurprisingly, Democrats turned this into a talking point ahead of the Georgia runoffs, with Joe Biden telling a crowd at a rally in Atlanta on Monday that electing Warnock and Ossoff would “put an end to the block in Washington on that $2,000 stimulus check.”

There will be hundreds of post-mortems exploring all of the reasons why Democrats were able to pull off two stunning upsets in a red state, but by publicly and repeatedly denying Americans additional support during the most destructive wave of the pandemic to date while simultaneously opposing the president in one of his final requests while in office, McConnell very well might have helped push Democrats over the finish line.