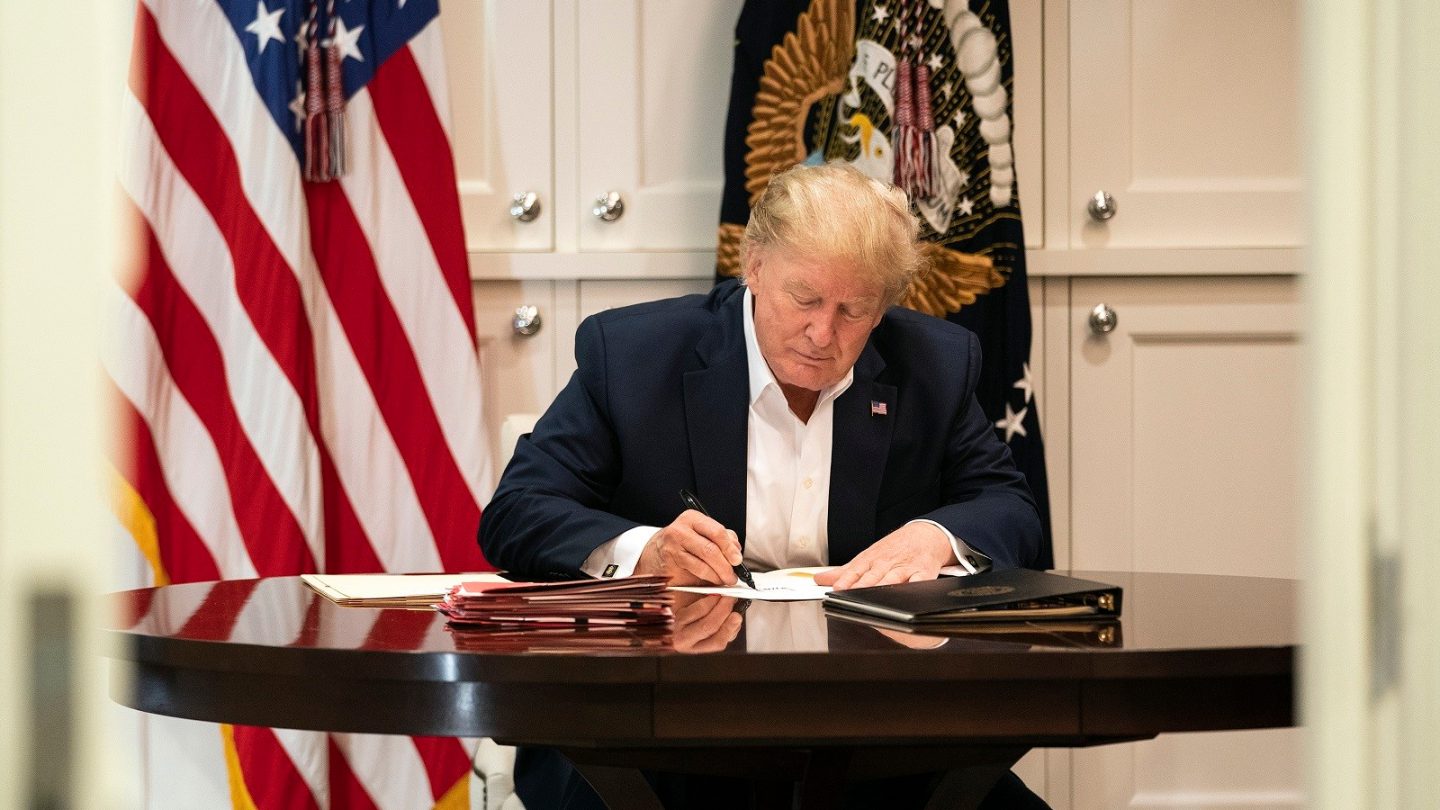 With the 2020 election less than a month away and the economic recovery from the pandemic beginning to slow, the Democrats and Republicans both have plenty of incentive to pass another stimulus bill for coronavirus. And yet, even with so much on the line, they still can’t come to terms with each other.

Last week, just before the news cycle spiraled out of control when President Trump confirmed his positive COVID-19 diagnosis, there seemed to be light at the end of the tunnel for relief talks between House Speaker Nancy Pelosi and Treasury Secretary Steven Mnuchin. Pelosi came to the table with a materially pared-down HEROES Act (down from $3.4 trillion to $2.2 trillion), but Senate Majority Leader Mitch McConnell immediately indicated that the price was still far too high. Perhaps Trump demanding that a bill be passed will change McConnell’s mind.

During his extended stay at the Walter Reed military hospital, Trump hasn’t been quite as active on Twitter as we are used to seeing from the president, but he did take some time on Saturday to make his feelings about a new stimulus package known when he sent out the following message to his followers:

“This kind of changes the dynamic because here they see the reality of what we have been saying all along,” Pelosi told MSNBC on Friday when asked about how Trump’s diagnosis could potentially affect coronavirus relief talks in the days and weeks ahead. “This is a vicious virus, and it spreads.”

In the meantime, the House actually passed its updated $2.2 trillion HEROES Act last Thursday, but by a rather slim margin, as every Republican and even a number of Democrats running close races voted against the bill. Vulnerable Democrats were reportedly frustrated that their colleagues were attempting to rush through a bill that they knew was doomed in the Senate, providing McConnell and company even brought it up for a vote.

Some of the areas where the two parties are still struggling to find middle ground include additional unemployment insurance ($600 per week vs. $400 per week), funding for state and local governments ($400 billion vs. $250 billion), funds for testing and tracing, and earned income tax credit, to name a few.

Pelosi, McConnell, Mnuchin, and Trump will inevitably continue to go back and forth over the terms of a new stimulus package all week — providing they can’t reach a deal earlier — but the good news is that discussion over new $1,200 stimulus checks, unemployment insurance, and funding for testing and tracing isn’t dead yet.