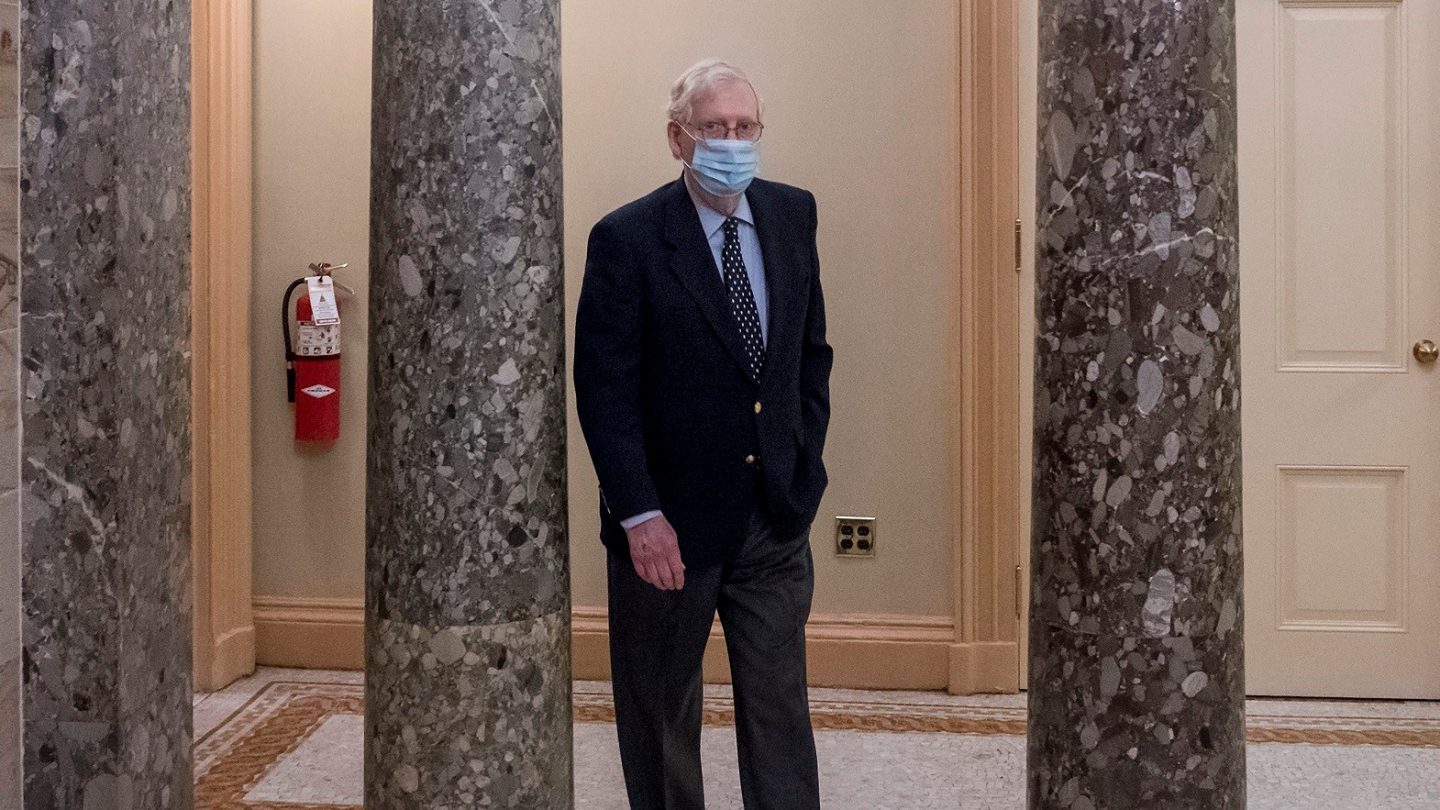 On Monday, the House of Representatives passed the CASH Act — a bill that would increase the stimulus checks in the latest COVID-19 relief package from $600 to $2,000. Senate Democratic Leader Chuck Schumer then attempted to pass the bill by unanimous consent on Tuesday afternoon, but Senate Majority Leader Mitch McConnell objected, pledging to “begin a process” to address issues with the omnibus bill raised by the president.

In the rant he filmed for Twitter last week, President Trump expressed his dissatisfaction with the $2.3 trillion bill that would fund the government and provide economic relief for millions of struggling Americans. Trump finally signed the bill on Sunday, but he also released a statement in which he said that in addition to boosting the stimulus checks, he wants Congress to terminate or reform Section 230 of the Communications Decency Act and “focus strongly” on the voter fraud that took place in the 2020 election, for which there continues to be no evidence.

Rather than address these issues individually, McConnell plans to combine them into a single bill that has no chance of passing the Senate or the House, effectively killing $2,000 stimulus checks.

Shortly after thwarting Schumer, McConnell shared his own bill to increase the stimulus checks to $2,000, repeal Section 230, and establish a bipartisan advisory committee to “study the integrity and administration of the general election for Federal office held in November 2020 and make recommendations to Congress to improve the security, integrity, and administration of Federal elections.” These “poison pills” ensure the bill won’t get the votes it needs to pass, and likely signals the end of the push for larger stimulus checks while Trump is president.

Chuck Schumer wrote the following for Data for Progress on Tuesday in response to McConnell’s actions:

Right now, the only thing standing between Americans and $2,000 survival checks is the Republican Senate majority. But Democrats will not stop fighting. I have demanded that Leader McConnell allow a simple, yes-or-no vote on the $2,000 checks before Congress adjourns for the session. We need the American people need to put pressure on the Republican-led Senate to pass $2,000 stimulus checks before the end of the year.

Bigger stimulus checks have received nearly universal support from Democrats in Congress, while some Republicans have indicated their support for the measure as well, including Georgia Sens. David Perdue and Kelly Loeffler, both of whom are in the middle of hotly-contested Senate runoff races. Sen. Josh Hawley (R-MO) even went as far as to say that the Senate has the votes to pass the CASH Act on Tuesday, which would suggest that at least 12 Republican senators are willing to join the 48 Democrats if the bill is brought to the floor.

The question now is whether or not Mitch McConnell will ever allow that to happen.