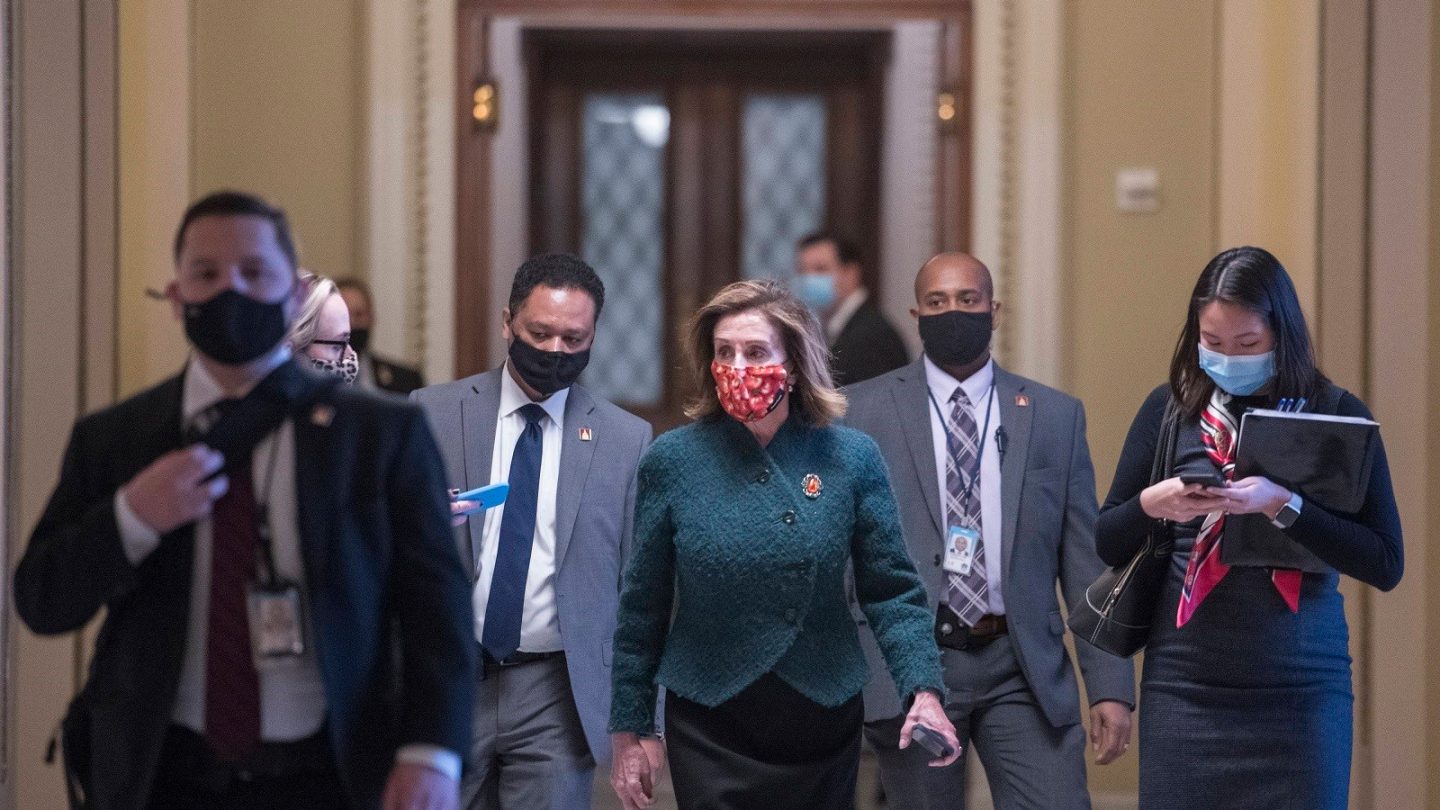 In a confounding turn of events, President Trump signed the $2.3 trillion spending and stimulus package on Sunday night after needlessly delaying its passage by several days, thus temporarily suspending vital unemployment benefits for millions of Americans. He did so after Congress “promised” that it would address his concerns, one of which would involve boosting the stimulus checks included in the bill from $600 to $2,000.

On Monday evening, Congress took a step to make good on that promise when the House of Representatives voted to pass the Caring for Americans with Supplemental Help (CASH) Act. The bill needed a two-thirds majority to make it through on the first try and managed to do so by a rather slim margin: 275-134. The next, and much harder, step is to make it through the Senate before heading to Trump’s desk, but Senate Majority Leader Mitch McConnell has yet to say whether he will even bring the CASH Act up for a vote, despite Trump’s insistence.

In order to force McConnell’s hand, Senator Bernie Sanders (I-VT) announced on Twitter that he plans to object to a vote to override Trump’s veto of the $740 billion National Defense Authorization Act until the Senate Majority Leader agrees to bring up a vote on the $2,000 checks. Sanders can filibuster to delay the NDAA veto override until January 1st, which would force the Senate to stay through the New Year’s break. Even if the measure is brought up for a vote and doesn’t receive the requisite 60 votes to pass, it would still force Republican senators to willfully deny Americans additional financial aid in the middle of a pandemic, while simultaneously turning on the president.

Following the strong bipartisan vote in the House, tomorrow I will move to pass the legislation in the Senate to quickly deliver Americans with $2,000 emergency checks. Every Senate Democrat is for this much-needed increase in emergency financial relief, which can be approved tomorrow if no Republican blocks it – there is no good reason for Senate Republicans to stand in the way.

There’s strong support for these $2,000 emergency checks from every corner of the country — Leader McConnell ought to make sure Senate Republicans do not stand in the way of helping to meet the needs of American workers and families who are crying out for help.

While there are plenty of Senate Republicans that don’t want to spend another dollar, there are others who will likely support the measure. Sen. Josh Hawley (R-MO) actually joined Sanders in demanding that the amount of money in the stimulus checks be increased ahead of the relief bill’s passage, and he will likely be in favor of $2,000 checks as well. Other senators may choose to vote for the CASH Act because the president is (theoretically) in favor of it. As of Tuesday morning, it’s still possible that the bill could get the 60 votes it needs.

But the only way we’ll ever know for sure is if McConnell allows a vote.