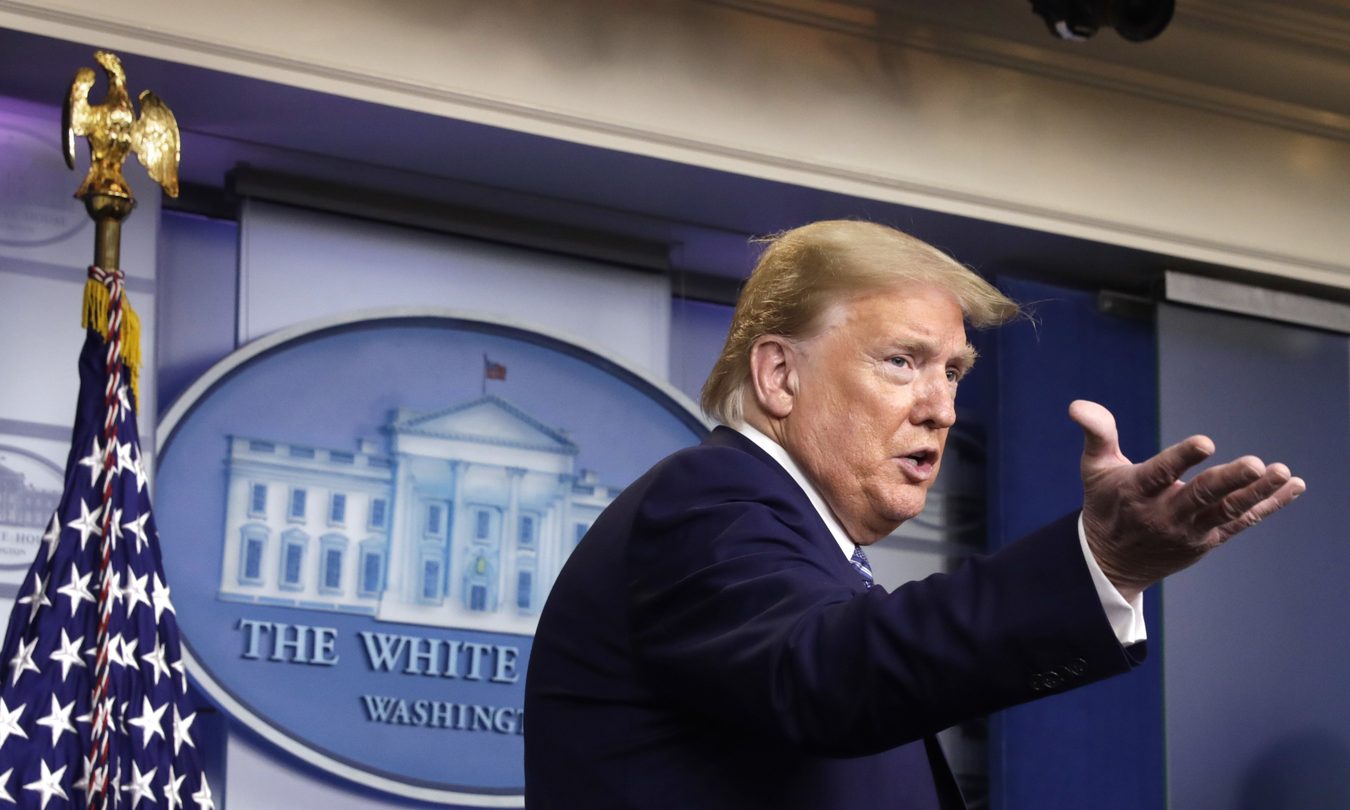 A little more than a week after a reporter first got President Trump to go on the record confirming his support for new stimulus checks to offset some of the financial damage of the lingering coronavirus pandemic, the president has reiterated his support for a new round of direct payments to Americans in addition to clarifying what his support means.

For one thing, he wants the new stimulus checks to be bigger this time around. That’s what he told Fox Business, in a new interview, adding that he also wants the checks to be disbursed more quickly than they were the first time around — when the IRS sent them out in waves and some people had to wait a few months to receive their payment.

“I support actually larger numbers than the Democrats, but it’s got to be done properly,” Trump told the cable network. “I want the money getting to people to be larger so they can spend it. I want the money to get there quickly and in a non-complicated fashion.”

One of the reasons the president may be talking this up again now is the fact that a looming expiration of one particular stimulus-related benefit is coming up later this month. At the end of July, a $600 increase in unemployment benefits funded by the $2.2 trillion CARES Act that Congress passed at the end of March is set to expire, that being a specific benefit that Republicans have criticized as giving people a disincentive to try to find a new job.

One important thing to note about the expiration of that benefit, though, is that if you need it, you may actually be able to get the increased funding retroactively.

According to the personal finance website The Penny Hoarder, the extra $600-per-week is payable for all weeks between March 28 and July 31, as long as you can certify you were out of work during that time. “Individuals that qualify for the (Federal Pandemic Unemployment Compensation) $600 payment for weeks they are eligible … can be paid, even if not approved prior to the (July 31) deadline,” the Labor Department confirmed in an email to the website.

Regarding Trump’s support of new stimulus checks specifically, this all got started when a reporter directly asked him at the beginning of last week whether he supported the idea. Here’s how Trump responded: “We will be doing another stimulus package. It’ll be very good, it’ll be very generous.”

According to Fox Business, Republican Senate Majority Leader Mitch McConnell said a phase four stimulus package would be approved before Congress breaks for its August recess. On a related note, both houses of Congress have also approved an extension of the time that business owners have to apply for a loan under the Paycheck Protection Program — a deadline that arrived on Tuesday. At the time of this writing, that measure was waiting on Trump’s signature to become official.