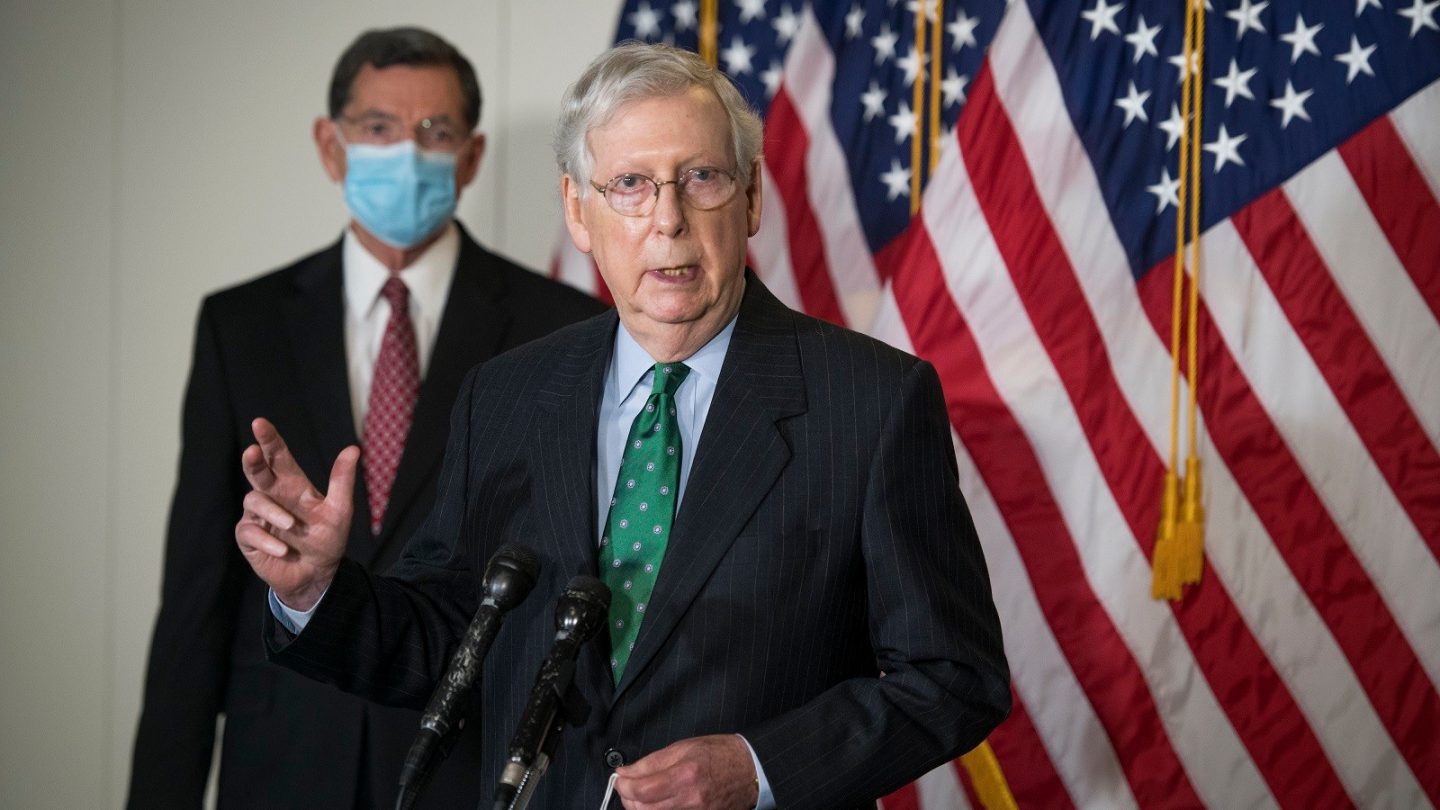 Over the weekend, House Speaker Nancy Pelosi suggested that the deadline for reaching a deal on a new stimulus package ahead of the election was the end of the day on Tuesday. Well, Tuesday came and went, and despite Pelosi and Treasury Secretary Steven Mnuchin failing to come to an agreement, the Speaker wrote in a letter to colleagues that the two sides are closer than ever, and plan to speak again on Wednesday afternoon.

That sounded promising, but whether or not Pelosi and Mnuchin end up meeting in the middle, it’s clear that Senate Majority Leader Mitch McConnell has virtually no interest in passing another massive aid bill ahead of the presidential election. In fact, The New York Times reports that he said as much on Tuesday, telling his Republican colleagues that he had already warned the White House against striking a deal with Pelosi.

A recent NYT/Siena poll reveals that a majority of Americans support another $2 trillion stimulus package that would extend increased unemployment insurance, send more $1,200 stimulus checks, and provide financial support to state and local governments. That is squarely what the $2.2 trillion HEROES Act that the House of Representatives passed at the beginning of the month provides, but it sounds like it might be DOA.

Senate Republicans have taken issue with passing another stimulus package for several reasons. The US is already running a $3.1 trillion deficit, and many conservative Republicans do not want to see it go higher. Furthermore, if such a popular bill is brought before the Senate, Republicans would have to choose between openly defying the president (“Go big or go home!!!“) and vote against helping the American people, or, as the New York Times puts it, “[alienate] their base by embracing the big-spending bill [Trump] has demanded.”

From McConnell’s point of view, it’s a lose-lose situation, especially for the most vulnerable Senate Republicans.

Spending aside, the NYT report also notes that Republicans are worried that a vote on a new stimulus package may interfere with getting Amy Coney Barrett confirmed to the Supreme Court by November 3rd. Republicans close to the matter say that McConnell told the White House he was concerned a stimulus bill could affect the Senate’s schedule in unpredictable ways and might interfere with the swift confirmation of Barrett.

Although McConnell’s mind seems to be made up, he has taken a different tack when speaking publicly about the proceedings. “If a presidentially supported bill clears the House at some point, we’ll bring it to the floor,” McConnell said at a recent news conference. That may be tested before the end of the week.