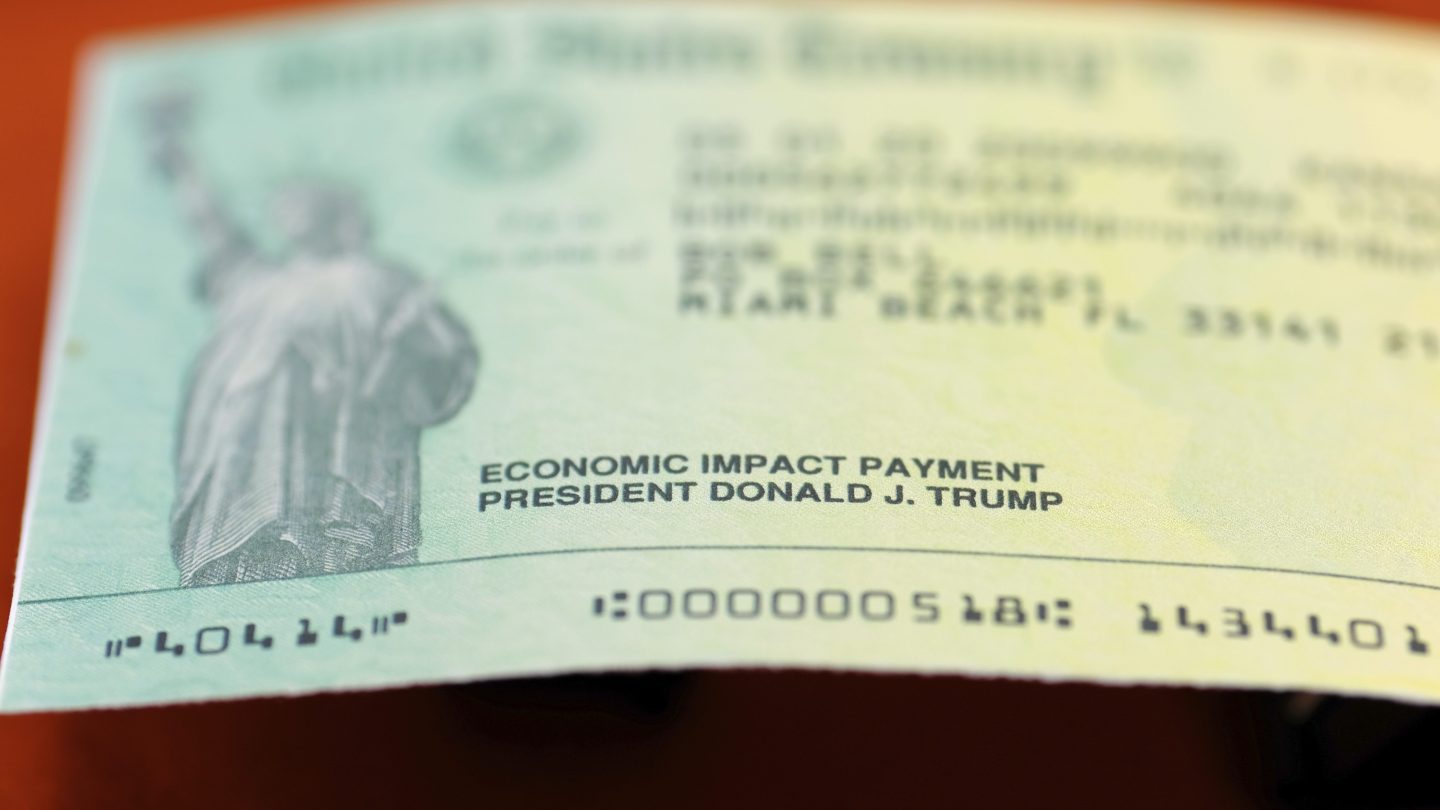 It can be hard to keep up with the relentless torrent of tweets that President Trump sends out on a daily basis, let alone stay abreast of what’s newsworthy or not — with a recent tweet from the commander-in-chief underscoring this very thing for those of you eagerly waiting on a new stimulus check.

The president’s feed is an endless cascade of retweets and stream-of-consciousness rambles from off the top of his head, with the occasional newsworthy missive slipped into the mix, as was the case over the weekend. In between retweets of fawning praise of the president and attacks on the press, Trump slipped in a fact that many of you might not be aware of about the new stimulus bill that’s currently hung up in the Senate — specifically, regarding the funding it would make possible to support a new wave of stimulus checks sent out to most Americans.

If you’ve been following this issue at all, you’re probably aware that the idea behind this new round of direct payments would be a replica of what came before. Checks of $1,200, sent out to the vast majority of Americans. But what you might not be aware of is that the new stimulus bill actually provides funding to pay families with children even more money this time around for eligible dependents, such that a family of four could actually get a stimulus payment of as much as $3,400 (and maybe even more than that).

Here’s how. Individuals, yes, would get $1,200 provided they might certain income criteria, while a married couple would get double that amount — so, $2,400. Throw in another $500 for each eligible child, which would add $1,000 to that $2,400 for a family of four, as the president referenced. Another way that family could get an even higher amount is by the fact that the new stimulus bill provides funding to the tune of $500 to families for each adult-age dependent as well, which could help families with college-age children who might be still living at home.

All that said, there’s still a long way to go before all this becomes a reality, however. The stimulus bill is currently languishing in the US Senate, where the main sticking point is, actually, not the new stimulus payments themselves or the size thereof. The current stalemate is actually over the prospect of extending enhanced unemployment insurance benefits, which got increased by $600/week during the coronavirus pandemic. So we’ll have to wait a little longer before these new stimulus checks become a reality.