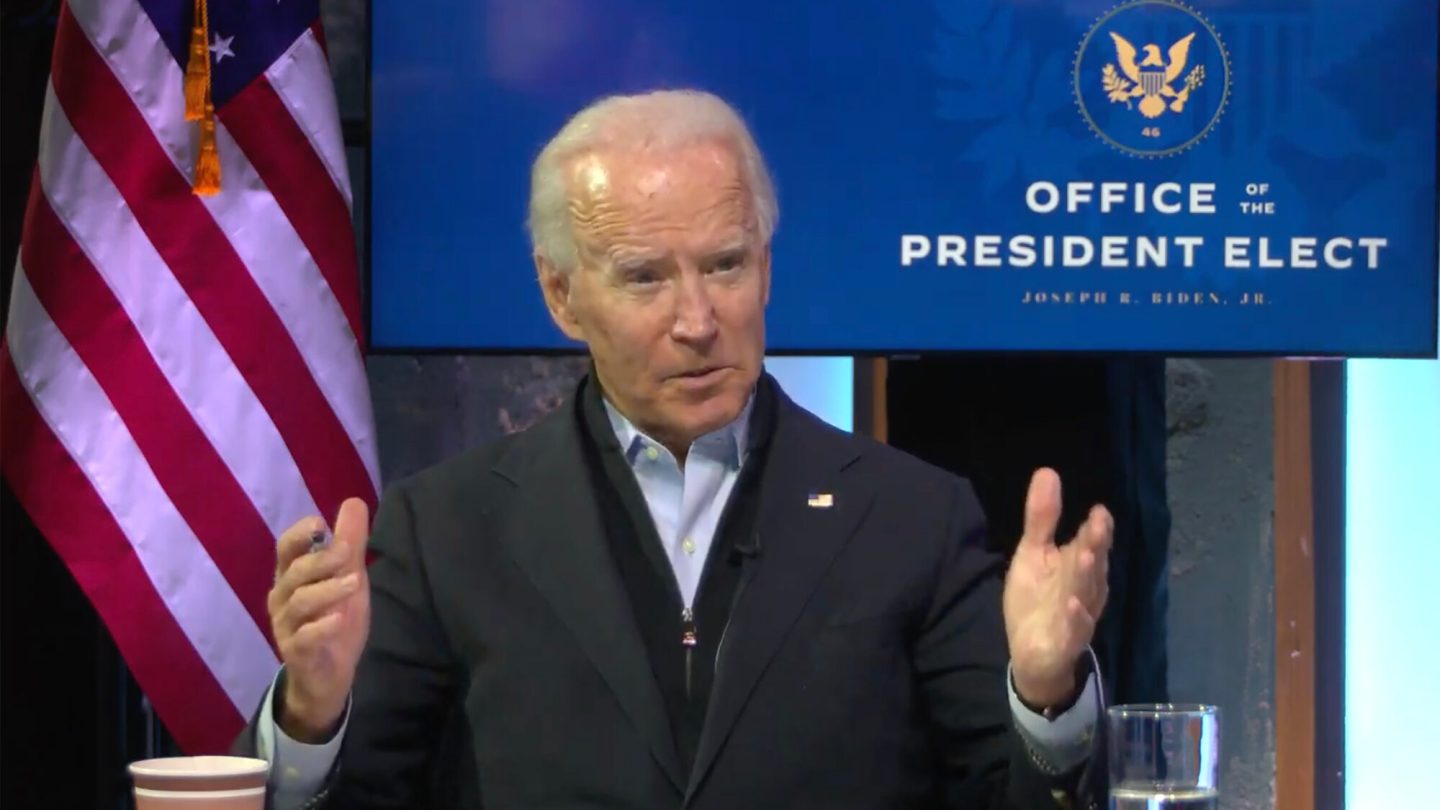 Back in December of 2008, just weeks before he’d finally be free of the demands of the presidency, George W. Bush decided to take action on a multi-billion-dollar rescue of two car companies. Bush said at the time that he approved $17.4 billion in aid for GM and Chrysler because he didn’t want to dump a crisis into incoming President Barack Obama’s lap. “I feel an obligation to my successor,” Bush 43 said at the time. “I believe that good policy is not to dump him a major catastrophe in his first day of office.”

Twelve years later, here we are, with a nation hobbled by a pandemic, Congress spinning its wheels for months over a stimulus bill no one can agree on, and outgoing President Donald Trump nowhere found. Other than in the form of his representatives still fighting in court to try and overturn the results of the November 3 election that he lost. President-elect Joe Biden, for his part, says the man he’s succeeding is definitely to blame for the fact that American’s won’t be getting a new stimulus check this year — which will ensure that Biden also has an unnecessarily hobbled economy to deal with from his first day in office.

Biden says it’s the fear of Trump that’s causing Republican leaders as well as rank-and-file members to not want to stick their necks out and work with Democrats to deliver economic relief right now to Americans. Biden leveled the charge on Wednesday during a virtual event that brought frontline health care workers together to talk to the President-elect.

“Fear of retribution from the president” is what Biden said is keeping Republican leaders from working with Democrats on a new coronavirus relief package.

Today, the Senate was insane. It was so detached from reality. We voted on judges and nearly confirmed an appointee who believes in the gold standard. Meanwhile, a pandemic is raging, and we are doing nothing about it. (1/2)

“Hopefully, when he’s gone, they’ll be more willing to do what they know should be done, has to be done, in order to save the communities they live in,” Biden said.

As a reminder, it’s been almost eight months since Congress passed and President Trump signed the $2.2 trillion CARES Act into law. For months since then, the Republican-led Senate has refused to entertain any stimulus bill that’s not narrowly focused, with a comparatively smaller price tag — while Democrat House Speaker Nancy Pelosi has said that nothing smaller than a multi-trillion-dollar package is acceptable, even if it means no progress whatsoever is made on new stimulus.