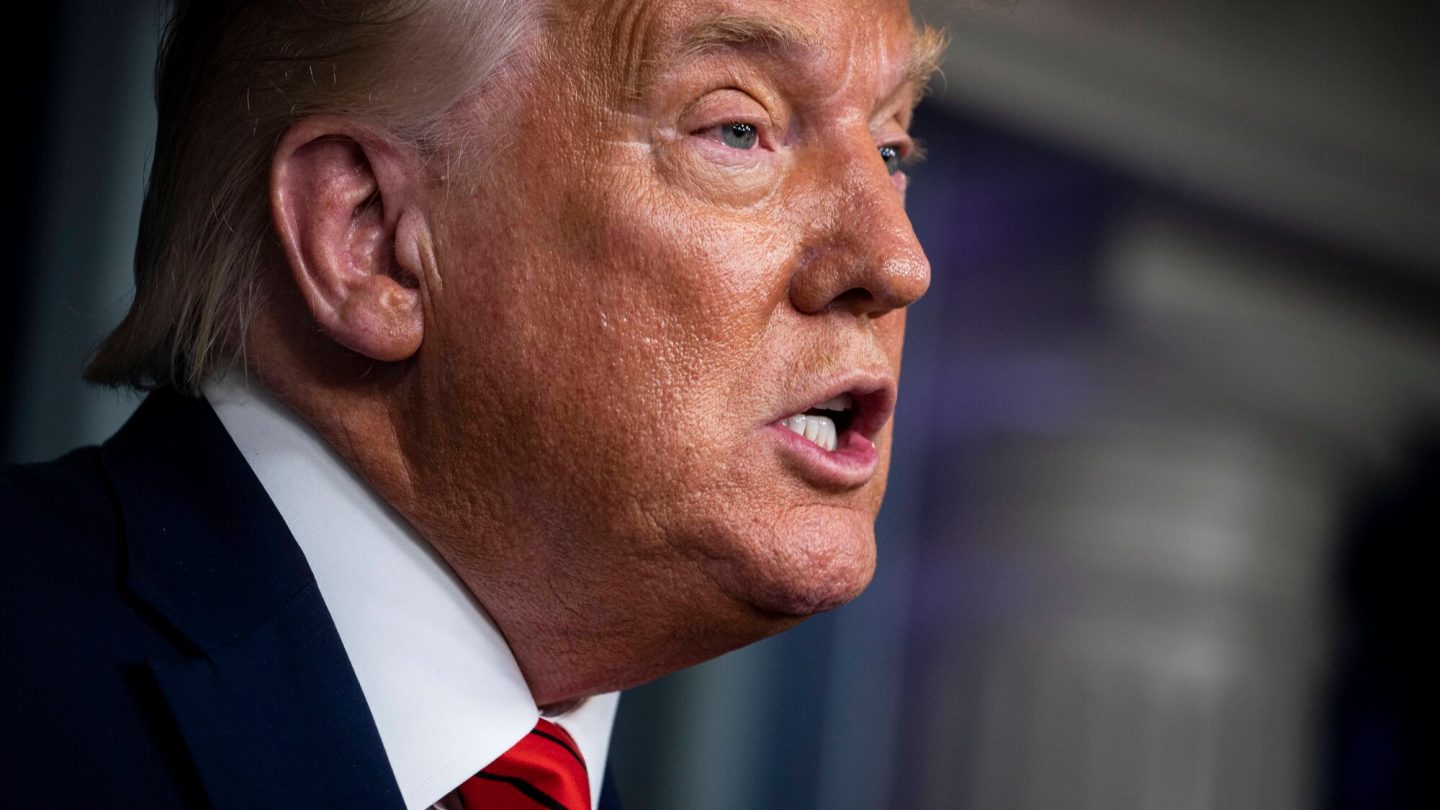 Well, for all of you who thought you would be getting a new stimulus check now that Congress has passed a new $900 billion COVID relief package and sent it to President Trump’s desk for his signature — well, let’s just say we’re still reasonably sure you’re getting a check, but Trump decided to go ahead and throw a stick of dynamite into the process at the last moment, anyway.

In a video message he shared via Twitter Tuesday evening that pretty much everyone has used the word “stunning” to describe, President Trump detailed a litany of wasteful spending tucked inside the new stimulus package, he decried the pitifully small stimulus checks that will be going out to Americans, and he also seemed to call the whole thing garbage while demanding that Congress make some huge changes to the bill. And you can watch the whole video, a slick production that presents Trump in the style of a presidential address, below.

If markets freak out Wednesday morning, this video may be the reason why. The president doesn’t come right out and threaten a veto, but the message he’s trying to leave is that he clearly doesn’t want to sign this thing — and he even sweetens the pitch by demanding that the stimulus check amounts be hiked to $2,000 per person, instead of $600. “I am asking Congress to amend this bill and increase the ridiculously low $600 to $2,000, or $4,000 for a couple,” Trump says at one point in the video.

As if this episode wasn’t jarring enough — remember, we had to endure month after month of Congress doing absolutely nothing excepting staying mired in gridlock and inaction over this stimulus bill — Democratic House Speaker Nancy Pelosi chimed in Tuesday night in response to Trump’s video by saying she really likes the part about higher stimulus check amounts. “Democrats are ready to bring this to the Floor this week by unanimous consent,” she tweeted. “Let’s do it!”

In addition to direct stimulus payments of $600 (which the president is right to criticize as abysmally low), the COVID relief bill also includes increased jobless benefits and additional small business loans.

Turning to the specific items in the bill that are indeed of questionable relevance to the motivation for its passage, Trump says in the video about about the stimulus bill: “It really is a disgrace. For example, among the more than 5,000 pages in this bill, which nobody in Congress has read because of its length and complexity … it’s called the COVID relief bill, but it has almost nothing to do with COVID.”

He points to items like the inclusion of $85.5 million for aid to Cambodia; another $1.3 billion for Egypt and the Egyptian military; and millions for the Kennedy Center in Washington DC “which is not even open for business.”

Lest you think this is just a Trumpian rant to nowhere, progressive Democrats in the House actually seem ready to take Trump up on this and appear ready to hike the amount of stimulus payments in the bill:

Me and @AOC have the amendment ready. Send the bill back, and we will put in the $2,000 we’ve been fighting for that your party has been blocking. pic.twitter.com/GGXtJt77D9

If you do watch the video Trump tweeted, make sure you watch all the way to the end, because there’s a special surprise to wrap things up. The president’s closing line in the video truly dials up the strangeness herein to 11.