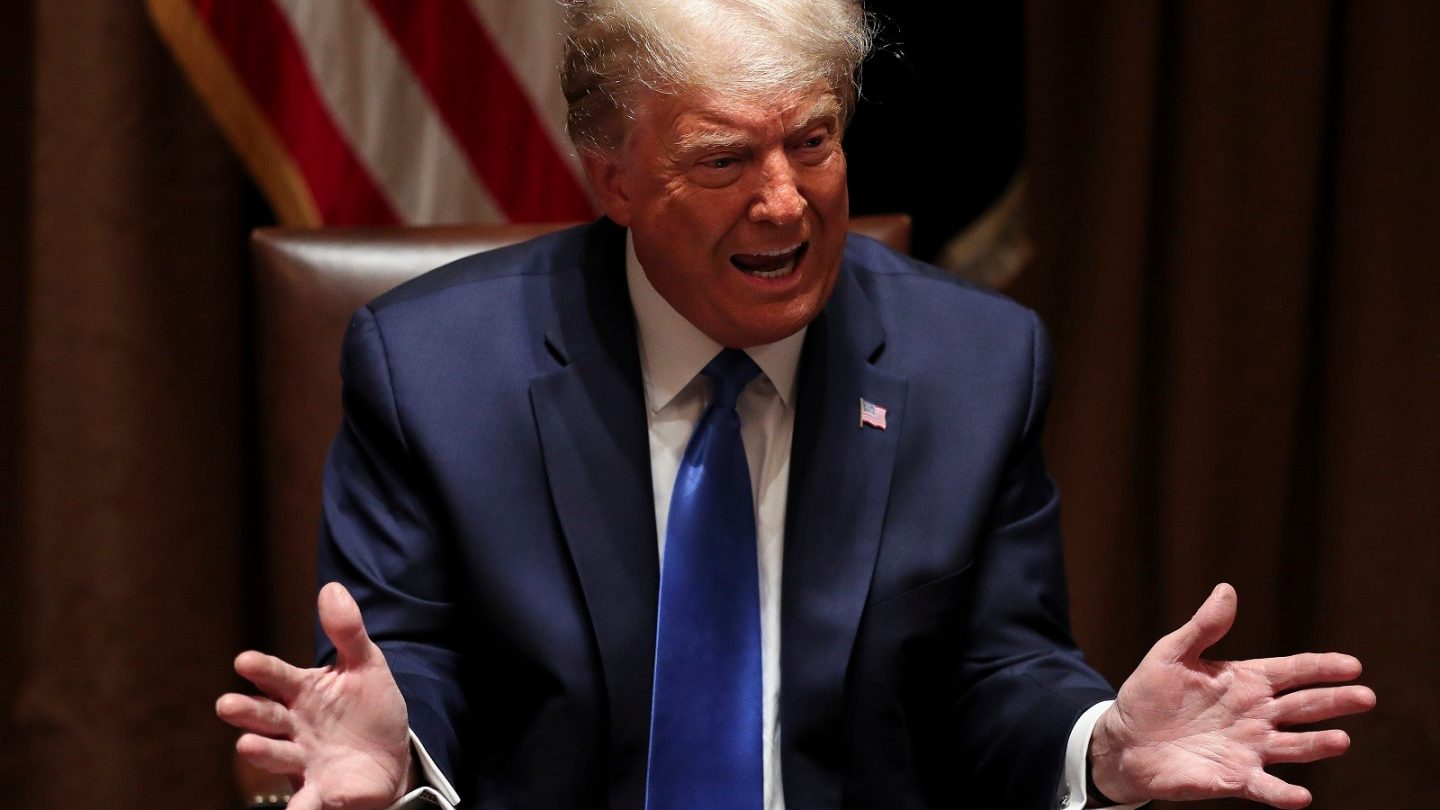 Anyone on Tuesday who was trying to follow one of the big will-they-or-won’t-they storylines that’s been playing out in the nation’s capital for two months now — the maddening negotiations over a new coronavirus stimulus bill that includes funding for more $1,200 stimulus checks — was likely flummoxed by the end of the day.

There’d been breathless coverage and social media reporting for about a week or so now, announcing each time that Treasury Secretary Steve Mnuchin and Democratic House Speaker Nancy Pelosi had decided to chat on the phone. Because that’s what the legislative process has devolved into, the imperative that these two individuals must come to an understanding for anything to happen — else, no negotiations in Congress, no vote, and no new stimulus deal. Back and forth that’s gone for days now. One calls the other, then the process is reversed. Finally, on Tuesday, President Trump belly-flopped squarely into the middle of the negotiations, tweeting that he’s decided to call off his negotiators and that the only way a stimulus deal will get done is after he wins re-election in November.

“I have instructed my representatives to stop negotiating until after the election when, immediately after I win, we will pass a major Stimulus Bill that focuses on hardworking Americans and Small Business,” President Trump tweeted on Tuesday afternoon.

No surprise, this self-inflicted defeat — owning the fact that no progress will be made on a new stimulus bill, less than a month before a contentious election when millions of Americans are still out of work as a result of the pandemic — utterly baffled both Washington and Wall Street. One senior Wall Street banker, who asked to remain anonymous, told CNBC this move by Trump is “illogical.” This person went on to tell the network: “It’s not like Donald Trump gives a s— about the deficit, and he wouldn’t be against putting his name on the checks.”

Jerome Powell, chairman of the Federal Reserve, warned just hours before that tweet from the president that the US economy could deteriorate thanks to a “weak recovery, creating unnecessary hardship for households and businesses” if lawmakers don’t reach a new stimulus deal soon.

One thing it’s helpful to keep in mind about all this, meanwhile, is a somewhat extreme negotiating tactic the president adheres to that’s often referred to as “madman theory.”

The name sounds like a pejorative, but it’s not meant to be the case. The basic idea is that by making seemingly erratic decisions, one’s counterparty in a negotiation is kept off-balance just enough that they eventually decide to fold, because they can’t be sure what the “madman” dealmaker will do next. Matter of fact, Axios reported back in 2017 that Trump actually encouraged his staff to depict him as the “crazy guy.” It was at a time when Trump was involved in a South Korean trade deal, and Axios reported the following exchange that shows how much the president believes in this tactic:

“You’ve got 30 days, and if you don’t get concessions, then I’m pulling out,” Trump told (trade negotiator Robert) Lighthizer.

“No, no, no,” Trump interjected. “That’s not how you negotiate. You don’t tell them they’ve got 30 days. You tell them, ‘This guy’s so crazy, he could pull out any minute.’

“That’s what you tell them — Any minute,” Trump continued. “And by the way, I might. You guys all need to know I might. You don’t tell them 30 days. If they take 30 days, they’ll stretch this out.”

“You tell them if they don’t give the concessions now, this crazy guy will pull out of the deal.”

It’s an easy enough tactic to understand, but, of course, the obvious shortcoming should be readily apparent. If the dealmaker trying to pull this off doesn’t fully commit — if they ever let slip that this is just a tactic, in other words — then the whole game is moot, and the counterparty can still bide their time, waiting for their opponent to come around again.

Which might be what caused President Trump to tweet out the following about-face later Tuesday evening, following news coverage that excoriated his decision to end the stimulus negotiations. In the tweet below, Trump has come back around, signalling his support to an immediate approval of new $1,200 stimulus checks: