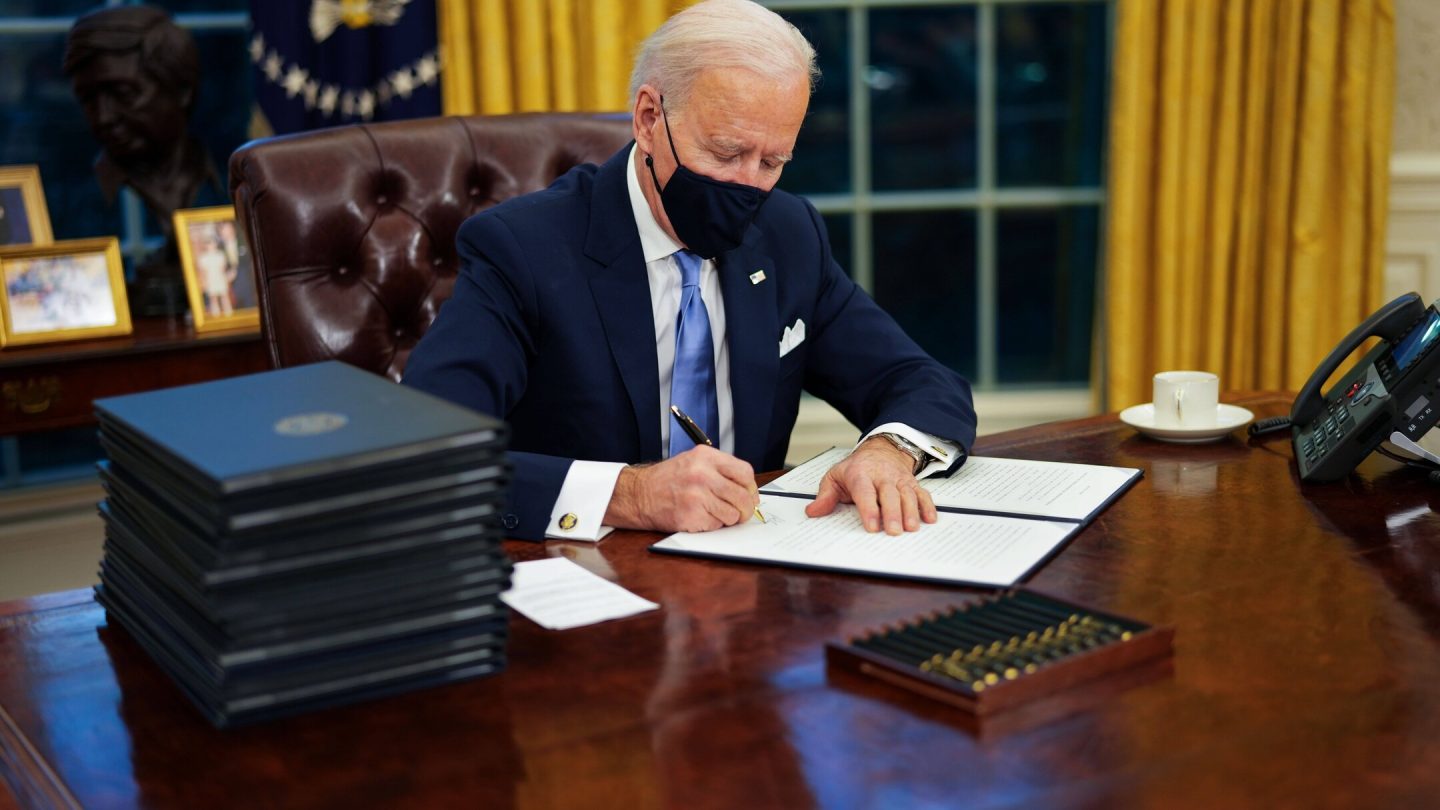 In an interview with MSNBC’s Rachel Maddow on Monday night, Democratic Senate Majority Leader Chuck Schumer brought up the lessons the party learned about working with the other side during the Obama years to frame the coming fight over President Biden’s new stimulus bill.

Long story short: Schumer insisted to Maddow that the preference is for legislative results over comity and bipartisan niceties. “The caucus is united with the belief that I have,” Schumer said. “We must get big, strong, bold things done.” Things like Biden’s $1.9 trillion “American Rescue Plan,” which includes funding for a third round of stimulus checks. Maddow also pressed the Senate Majority Leader on something that Democrats are increasingly asking themselves right now — whether they’ve truly learned the lessons of the Obama years or will fall, according to Maddow’s framing, into a GOP trap once again.

The trap she was referring to is the tendency for Republicans to dangle the prospect of bipartisanship, use it to water down important Democratic legislative priorities, and then decline to vote for the thing once the time comes. Accordingly, at least one Democratic House member is already calling for the party to ram through Biden’s stimulus plan, without bowing to any GOP demands. Doing so, as California Democratic Rep. Ro Khanna sees it, would preserve signature elements like the $1,400 stimulus checks — and is also a reflection of the fact that “Joe Biden won the election,” as Khanna explained it to Yahoo Finance Live. “He campaigned on this kind of plan, and we should pass it.”

Naturally, Republicans — who now occupy the minority in Congress, following the results of the November election — have balked at everything from the new stimulus bill’s price tag to its inclusion of funding for $1,400 stimulus checks as well as the proposal to bump the federal minimum wage up to $15 per hour.

Khanna is calling for Democrats to use a parliamentary maneuver called “reconciliation” to pass the Biden stimulus plan. Otherwise, passage would get dicey in the Senate, where Democrats enjoy only the absolute slimmest of margins (thanks to the tie-breaking vote of Vice President Kamala Harris). What that means is every Senate Democrat would need to hang together and then get an additional 10 Republicans on board to overcome a filibuster. That is, unless the so-called reconciliation process is the way they choose to go.

Under that process, legislation can be pushed through the Senate simply with a majority vote. Republicans, for example, did this in 2017 to pass President Trump’s tax bill.

Along these same lines, Khanna told Yahoo Finance he thinks it’s also time to amend the so-called Byrd Rule, which governs what legislation can actually be passed through reconciliation.

“Why should we be bothered or governed by what Robert Byrd thought in 1985 for this country?” Khanna said.