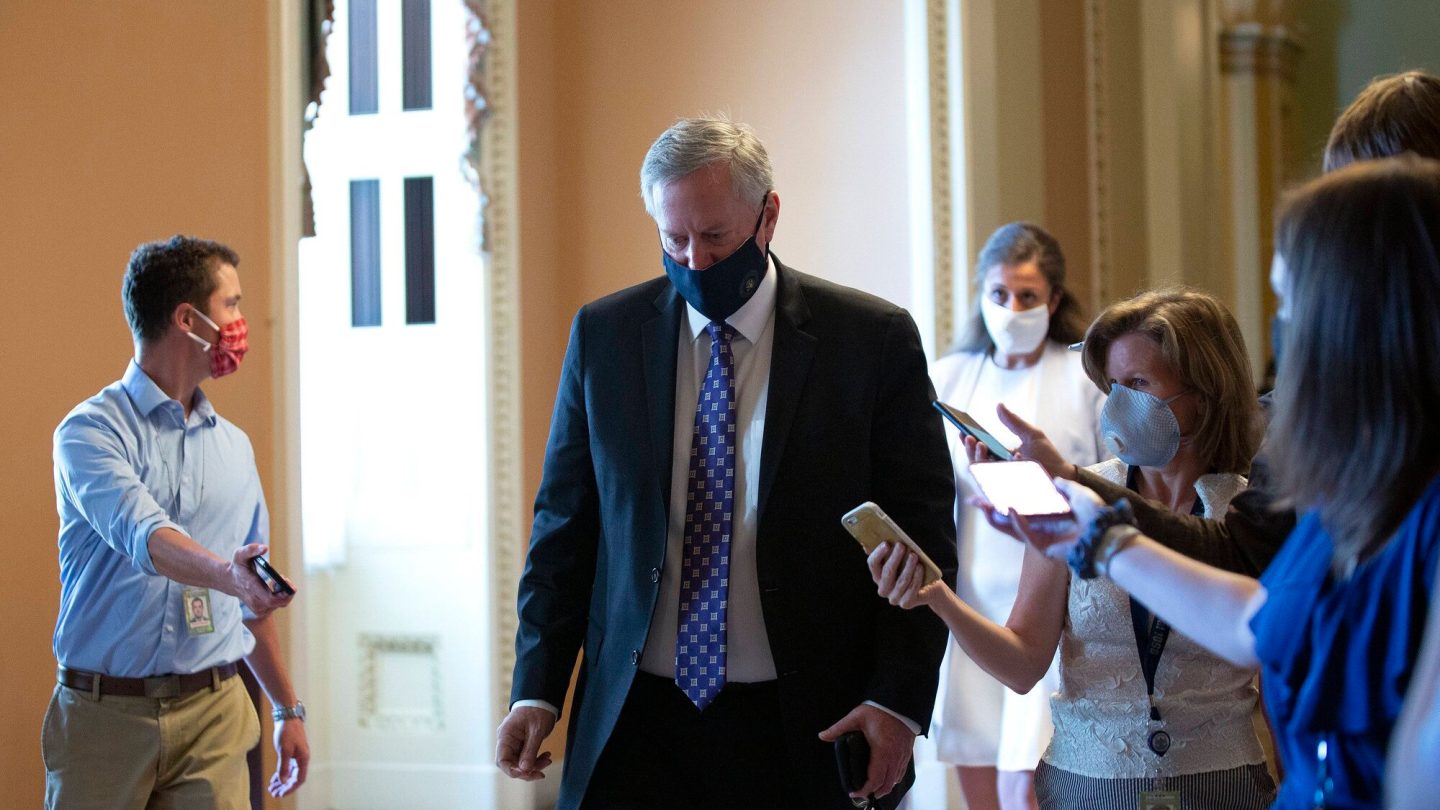 Negotiations over a new stimulus bill to provide more relief to companies and individuals still struggling amid the coronavirus pandemic have broken down to the point that things have gotten a little reminiscent of that Internet meme depicting two Spidermen pointing at each other.

While both parties in Congress cast blame at each other, though, one thing is pretty clear at this point: It’s now all but certain that there won’t be another stimulus bill, which means no new stimulus checks either, until sometime after the November presidential election. At the earliest.

“We don’t want to go home without a bill, but don’t be a cheap date,” House Majority leader Nancy Pelosi reportedly told Democratic members on a conference call Thursday. “When you are in a negotiation, the last place to get weak knees is at the end.”

This was always pretty much the worst-case scenario for a new stimulus bill. If legislation didn’t get drafted and make it through both chambers of Congress before a certain point, it was going to find itself stuck in a state of suspended animation the closer things got to the height of election season — the place where good legislation goes to die. This is the point on the calendar, in other words, when there is the least incentive for either side to try and accommodate the other. Such comity runs counter to the Prime Directive of election season — victory first, good sportsmanship later.

“The Republicans are underestimating the extent to which the CARES Act propped up the American economy,” Democratic Sen. Brian Schatz of Hawaii told CNN. “There is nothing we can really do about it if they don’t want to come to the table. But I do think they have been lulled into a false sense of security because of the decisive actions we took earlier. That amount of fiscal support is not going to be around in the fall.”

North Dakota Republican Sen. Kevin Cramer, meanwhile, shot back (also in comments to CNN) that Democrats feel advantaged in not having a deal. It helps them try and make a case to voters that Republicans aren’t working for them. “They benefit from not having a deal,” Cramer said.

It’s all certainly a far cry from six months ago, when Congress raced to pass the $2.2 trillion CARES Act — the largest stimulus package in the country’s history.

Setting aside the public health costs associated with the coronavirus pandemic (more than 6.5 million cases and more than 194,000 deaths so far, per Johns Hopkins University), the economic needs are only continuing to grow. Tens of millions of Americans are out of work, and whole business sectors such as travel, hospitality, and the restaurant industry have been on a kind of life support for months.

“I am worried about another round of layoffs as companies run out that money and, frankly, I think that is what some Democrats are counting on — bad economic news in October that helps them in November,” Senate Small Business Chairman Marco Rubio, a Florida Republican, told CNN. “Now, I think rank-and-file members want to do something, but the congressional leadership is thinking about what helps them in November.”