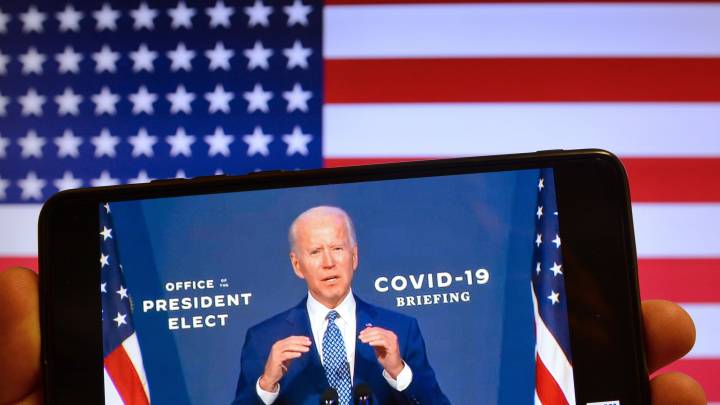 Given that it doesn’t seem likely Congress will pass a new stimulus bill in the roughly two months before President-elect Biden takes office come January 20 — or, at least, one that Democrats will support since the GOP-controlled Senate is still wedded to the idea of a smaller, targeted coronavirus stimulus package — attention is now turning to what Biden will attempt along these lines. It’s now understood that passing an expansive stimulus package of some kind will be near the top of a long list of executive and legislative priorities the new Biden-Harris administration will need to tackle almost immediately, as it steps into the White House at a time when the US is facing multiple catastrophes, any one of which would be hard enough to deal with on its own.

As if that wasn’t enough, things are even more precarious this time around ahead of the passage of the new stimulus bill that Congress has been gridlocked over for months now. A number of business owners — like Melanie Lichtfeld, of Lichtfeld Plumbing in Madison, Wisconsin, who talked about her prospects in a CNN interview — are scared they won’t be able to hang on much longer without a re-upping of the Paycheck Protection Program loan program, as well as the arrival of a new stimulus package that guarantees everything from a new wave of stimulus checks to expanded jobless benefits.

No question, one of the first big tests of the Biden administration will be the successful passage of a sweeping new stimulus package, something that Senate Minority Leader Chuck Schumer and House Speaker Nancy Pelosi called for in public remarks on Thursday.

As we’ve said before, knowing that this will be at the top of the new administration’s to-do list, we can actually already make some pretty good assumptions about what a Biden stimulus bill will look like. That’s thanks to the fact that Biden’s campaign website has already spelled out what he wants to do along these lines. Here are just some of the benefits that are most likely coming in the Biden plan to save the economy:

This is a no-brainer. While we don’t know the amount that Biden’s plan will specify, the distribution of $1,200 stimulus checks was one of if not the most popular component of the original stimulus plan. Moreover, it theoretically provides an instant shot in the arm for the economy, giving money for people to spend right now (We say “theoretically,” because people could also choose to simply save the money for a rainy day, or use it to pay bills).

This is another no-brainer and something we can slot right under the stimulus checks in terms of a near-guarantee for inclusion in a Biden stimulus plan. Because of the wave of lockdowns spurred by the coronavirus pandemic, so many terrible consequences followed from that, like a row of falling dominoes. They included many businesses facing months without any revenue coming in, and then a collapse in customer demand once those businesses finally did get to reopen. No surprise, layoffs also followed as those businesses continued to struggle, which put millions of Americans out of work. The CARES Act that Congress passed in March added an extra $600 in federal unemployment benefits on top of the amount provided by states, but that money expired. The Trump administration re-upped it, but at a lower amount.

Biden has already called for an increase in unemployment benefits, but he has not shared specifics yet.

Senator Elizabeth Warren is calling for a cancellation of student loan debt.

1. Biden-Harris can cancel billions of dollars in student loan debt, giving tens of millions of Americans an immediate financial boost and helping to close the racial wealth gap. This is the single most effective executive action available for a massive economic stimulus.

The Biden stimulus is also expected to provide emergency sick leave for all workers, in every industry, including gig workers, as well as a guarantee that no money will be paid out-of-pocket by Americans for COVID-19 testing, treatment, and a vaccine.