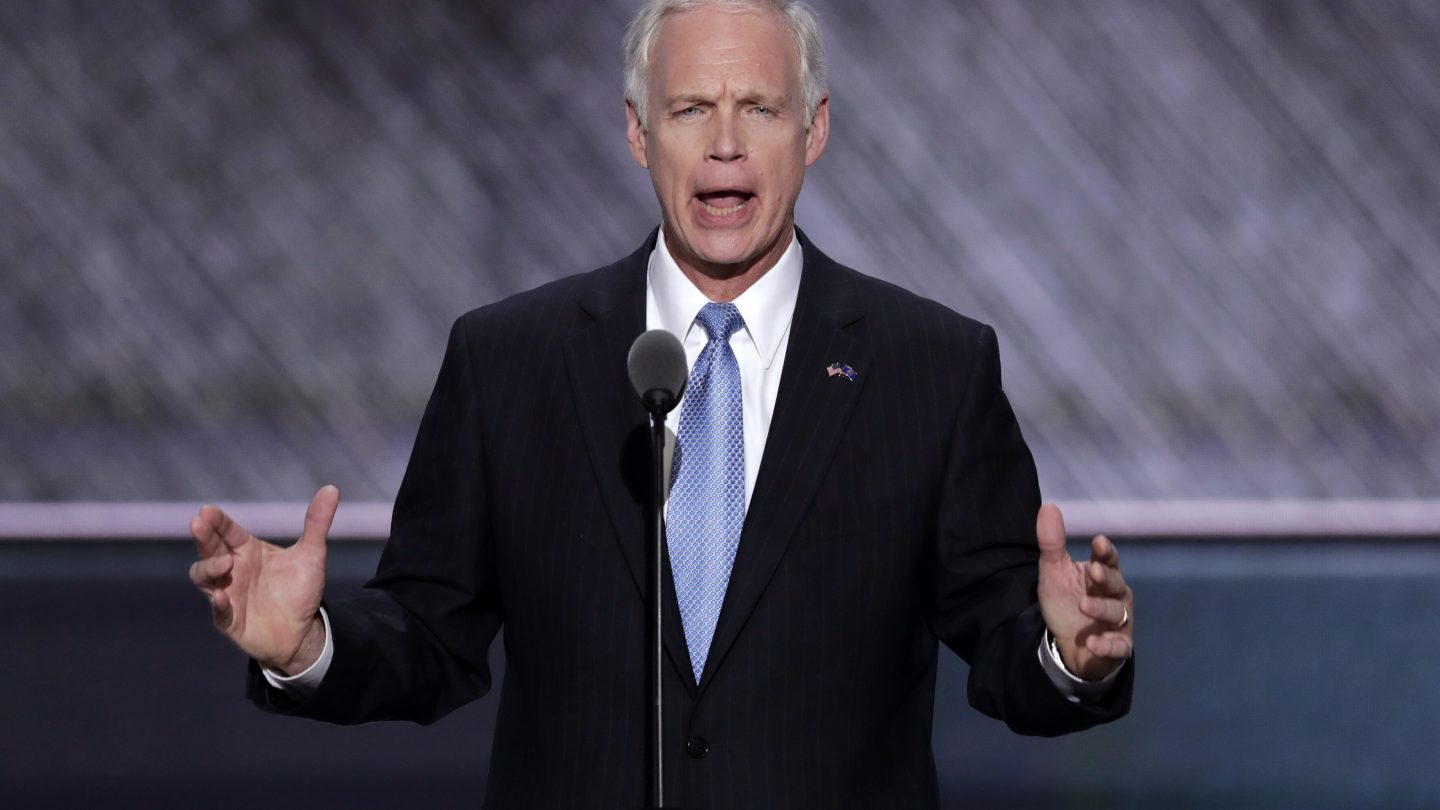 Net neutrality is a complicated and nuanced topic, full of vitriol and misunderstanding from nearly everyone who touches it. The Houses of Congress have brought us some bad takes on net neutrality before, but Senator Ron Johnson (R-WI) seems determined to have the worst take of them all.

In an exchange with Ajit Pai, the FCC’s new chairman, Johnson labored through a question to try and show off his latest analogy to make sense of net neutrality. Take a seat and try and work through, because it’s worth trying to read the whole thing:

Senator Ron Johnson (R-WI): I know net neutrality sounds great and in trying to convey why [it] harms investment and innovation, I’ve come up with an analogy. I kind of want to run this by you [to see] if this is pretty accurate.

Let’s say a group of neighbors want to build a bridge over a creek so they can cross over and talk to each other a lot. So it’s really for the neighborhood, maybe a dozen people. But then they find out the local government is going to require that [the] bridge is open to the entire community of a million people. No prioritization whatsoever. They don’t get to cross first to see their neighbor. A million people can come onto their property, ruin their lawns, and walk over that bridge. Isn’t that kind of a similar analogy? Isn’t that a pretty good analogy in terms of what net neutrality is all about? … Tell me where that analogy’s maybe not accurate.

Pai: Senator, you’ve put your finger on one of the core concerns, which is that all of us favor a free and open internet where consumers can access lawful content of their choice, we also want to incentivize the construction of these networks which requires massive capital expenditures … our goal is obviously to make sure, to use your analogy, those bridges continue to be built, continue to be maintained and upgraded as traffic modernizes over time.

Johnson: In my example, I don’t think too many neighbors would chip in the money to build that bridge when they realize we’re not ever gonna be able to use it.

Johnson: Or certainly not priority on it.

In Johnson’s world, the government is forcing the people who build the bridge (bridge = internet, so bridge-builders are presumably ISPs like Comcast and AT&T) to give away access to the bridge for free. Anyone who has paid a cable bill recently probably knows that it’s not true.

Here’s an alternative analogy. It isn’t quite as snappy as Johnson’s, so bear with me, but it does have the side benefit of being true.

Let’s say you live on an island, and you want to pay a company to build a bridge to deliver supplies to you. You agree to pay the company a set fee per month for building you that bridge, and in return, you expect unlimited use of the bridge and the ability to bring supplies over.

But the bridge is administered by Trump’s FCC, so net neutrality doesn’t apply. So, the bridge-builder says sure, he’ll build the bridge, but he gets to choose what supplies you bring over. The bridge company has a contract with Budweiser, so you can bring all the Bud across the bridge you want for free. To bring craft beer over, however, is a fee of $5 extra per case.

That’s a rough approximation of what net neutrality is meant to prevent. Net neutrality mandates ISPs to treat all internet traffic the same: a byte of data is a byte, regardless of whether it comes from Netflix or DirecTV Now. It’s not a complicated concept, and correctly applied, there’s no reason it will stifle investment.

As Consumerist notes, capital expenditure on improving networks has actually gone up for Comcast, AT&T, Charter and Verizon since net neutrality rules were put in place in 2015. That’s the opposite of what should happen according to Johnson’s parable, which makes sense, because his analogy has zero connection to reality.