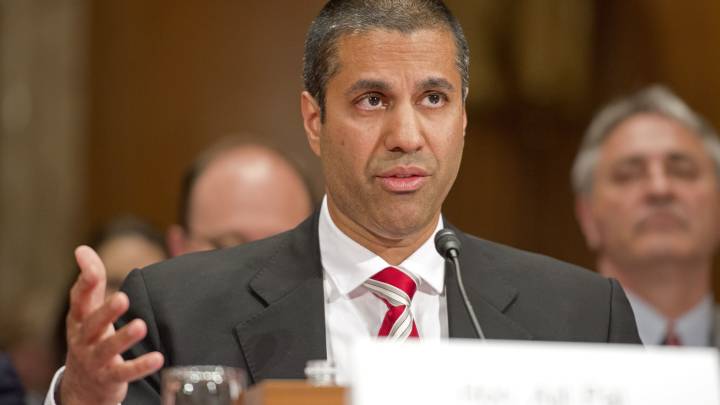 The Federal Communications Commission has voted to overturn the rules classifying internet service providers as utilities, and giving the FCC the power to regulate them accordingly. On paper, it’s a minor procedural vote; in reality, it’s the first move in a process that could end with a handful of telecoms monopolies having complete control over the internet.

The commissioners were voting to overturn Obama-era regulations that classified ISPs as common carriers under Title II of the Communications Act of 1934. When ISPs were classified under Title II, the FCC had the authority and mandate to ensure that they treated all internet traffic fairly and equally, with no paid fast lanes, no website-by-website access, and no blocking of content that carriers didn’t like.

The ISPs (and Pai) claimed that the Title II classification was classic over-burdensome government regulation in action, and publicly said that the regulations prevented companies from investing in new internet infrastructure.

The reality is a little different: analysis of financial reports from the major residential internet companies shows that investment is up, not down, since 2015. The only problem ISPs had with net neutrality is that it prevented them from abusing their regional monopoly power to favor one type of internet traffic over another.

Net neutrality enforcement wouldn’t be such a big deal if the home internet market was actually competitive. But unfortunately, 80 percent of Americans have either one or no choice for high-speed broadband, so the invisible hand of the market isn’t much use here. Sure, the best solution to your internet company screwing you over should be to dump them and go get your internet somewhere else, but for the vast majority of households, that’s simply not an option.

Thanks to today’s vote, net neutrality “enforcement” will now be the purview of the Federal Trade Commission. Pai argues that net neutrality will be just fine going forwards, because ISPs will have to disclose any anti-net-neutrality policies in their Terms & Conditions, and the FTC will be able to enforce those T&Cs. But the FTC lacks the specialist knowledge that the FCC has about the telecoms industry, it’s already much too busy, and even then, enforcing T&Cs is a far cry from real net neutrality enforcement.

This isn’t quite the end of the road for net neutrality, however. The best option now is for a bipartisan group of representatives in Congress to put forwards a bill enshrining net neutrality in law, with enforcement given either to the FCC or a properly-equipped government agency. Net neutrality has unusually high levels of support from individuals all across the political spectrum, so in theory, a bill protecting it should be a home run. Given how Congress works, though, I won’t be holding my breath.