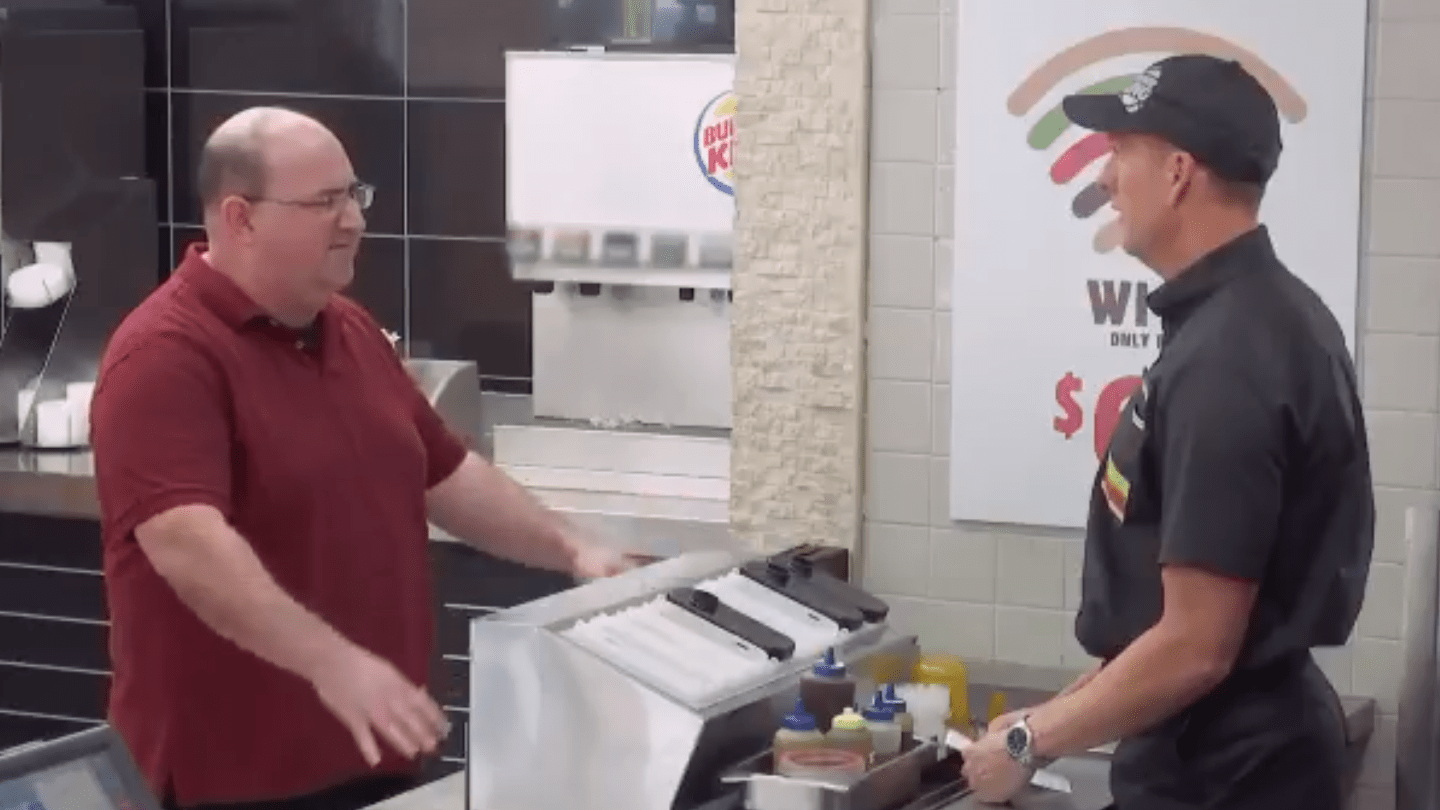 Net neutrality is not a simple topic to understand. Although the underlying principle — all internet traffic should be treated equally — is short and sweet, how that principle is applied, and why net neutrality is important, is something that’s eluded thousands of column inches and millions of YouTube explainers.

But somehow Burger King, a fast food chain known for bad TV commericals and always losing to McDonalds, has squeezed an explanation that anyone can understand into a two-minute video that you really need to watch.

How would you explain the repeal of Net Neutrality? We did it with the Whopper. Watch the video below: pic.twitter.com/9EWjtbenv8

Burger King doesn’t try and explain net neutrality in words; instead, it simply applies what would happen without net neutrality to the world of burgers. In the video, a Burger King outlet offers three kinds of Whoppers: the standard, low-priority Whopper, and two faster but more expensive alternatives. Customers get confused and then visibly upset when it becomes clear that the whole thing is a marketing ruse to get more money out of customers.

Funny though the video is, it does an admirable job to cutting to the important parts of net neutrality: the unfairness and overt profiteering that can exist without healthy competition or rules preventing anti-consumer pricing policies.

Now, the example that Burger King creates would never work in the fast-food industry. Burger King faces stiff competition from dozens of other chains, often chains that have restaurants directly opposite a Burger King. Introduce the kind of dumb policy that Burger King applies in the video, and you’d lose all your customers overnight.

But that doesn’t work for the home internet market. Only 20 percent of US households have a choice when it comes to high-speed broadband provider, as the big cable companies mostly operate regional monopolies. Some internet is better than no internet, so even if your connection is slowed, capped, or subject to price hikes, you’re going to keep paying.