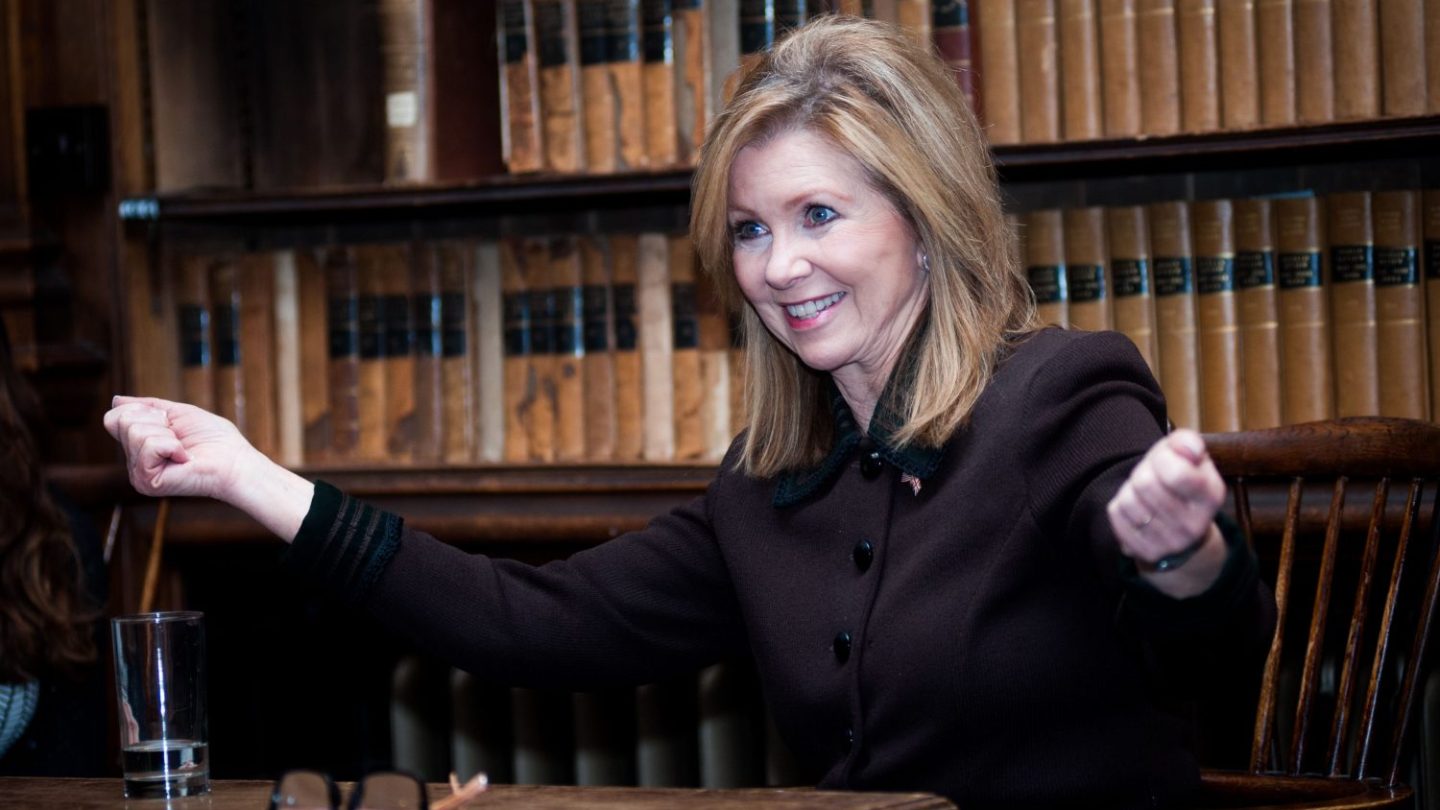 It’s not really news that politicians are bad at understanding net neutrality. Between calling it “Obamacare for the internet” or using a hilariously bad parable about a bridge, nothing any representative has said about net neutrality should inspire any sort of confidence.

But at the very least, the GOP has been careful to pay lip service to the concept of net neutrality. The party line is that the principle of net neutrality is good, it’s just that we should leave any kind of rule-making or enforcement up to the telecoms companies themselves.

Whether intentional or not, GOP Representative Marsha Blackburn (R-Tenn.) has chipped away another piece of that facade, comparing internet paid prioritization to TSA Precheck, and suggesting that really, letting wealthy incumbent companies pay to prioritize their data wouldn’t be all bad. According to Ars Technica:

Many of you sitting in this room right now paid a line-sitter to get priority access to this hearing. In fact, it is commonplace for the government itself to offer priority access to services. If you have ever used Priority Mail, you know this to be the case. And what about TSA Precheck? It just might have saved you time as you traveled here today. If you define paid prioritization as simply the act of paying to get your own content in front of the consumer faster, prioritized ads or sponsored content are the basis of many business models online, as many of our members pointed out at the Facebook hearing last week.

Blackburn is the author of a proposed “net neutrality” bill, the Open Internet Preservation Act, which would ban throttling or blocking but make paid prioritization A-OK. That would open the door to internet providers charging individual consumers or companies for access to high-speed data, instead of treating all traffic equally.
The end result would be a two-tier internet, with one consisting of all the companies that can afford to prioritize their data and thus reach consumers faster, and the other being everyone else. It would likely favor any media company that has the ability to pay for high-speed data access, while startups or volunteer-run websites would take much longer to access. Who would watch a Netflix competitor if it constantly buffered or streaming in worse quality, or download a game from somewhere other than Steam if it would take three times longer?