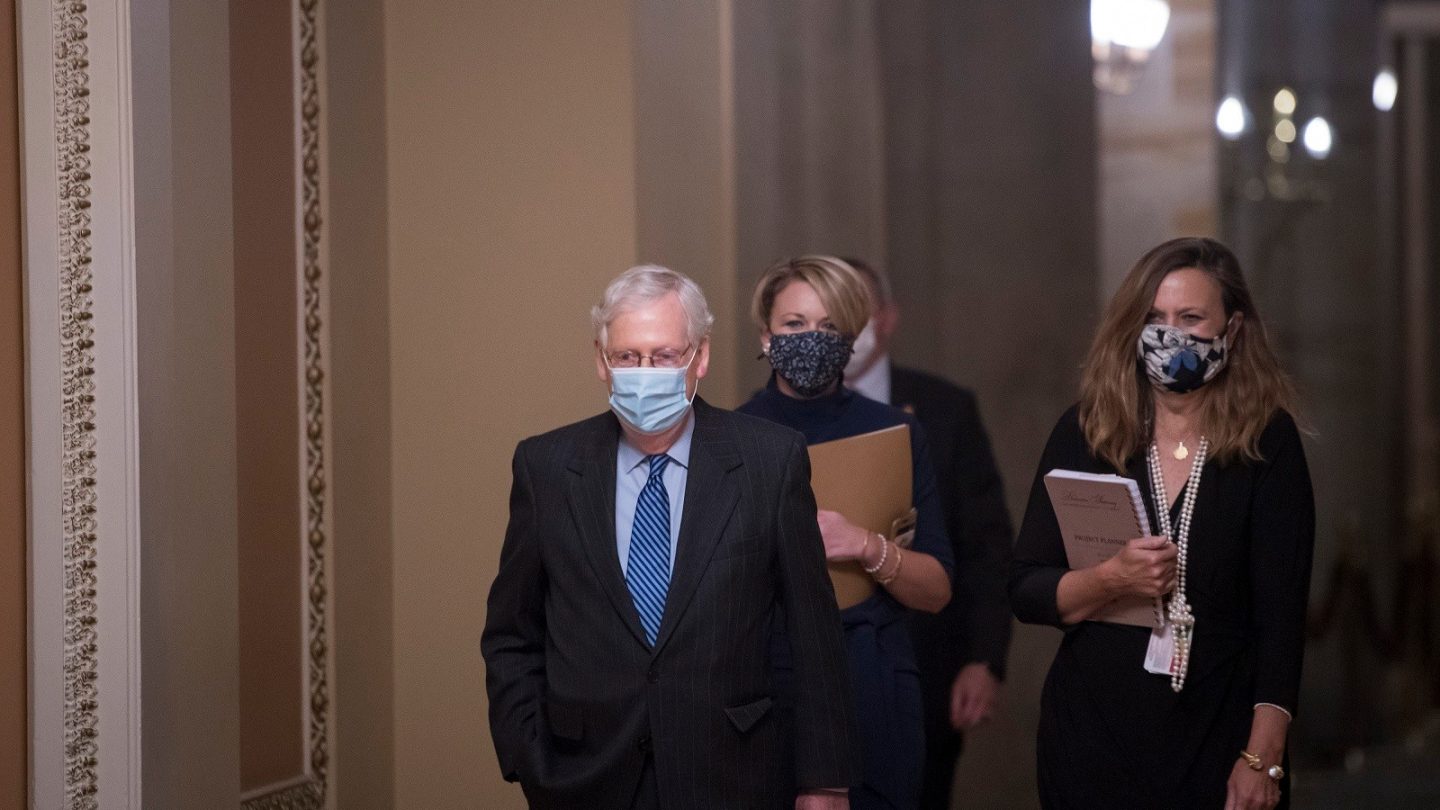 The writing has been on the wall for months, but if there was even a glimmer of hope that another major stimulus bill would pass before Election Day, it was thoroughly dashed on Monday when Senate Majority Leader Mitch McConnell motioned to adjourn the Senate until November 9th following Amy Coney Barrett’s confirmation to the Supreme Court. Barrett was confirmed along party lines, receiving 52 votes from Republicans and 48 from Democrats.

When asked about coronavirus relief efforts, McConnell Communications Director David Popp told Business Insider that he had “nothing to add” to McConnell’s “extensive remarks on the continued Democrat filibuster on COVID relief in the Senate.” Of course, that’s only part of the story, as the HEROES Act — which would have provided Americans with enhanced unemployment and new stimulus checks — has been waiting for a Senate vote since May.

Business Insider also Senate Minority Leader Chuck Schumer’s Press Secretary Alex Nguyen who pointed them to a statement that the Senator made on Saturday, which reads:

Today, we’re going to give the Republican majority in the Senate the opportunity to consider critical legislation that has so far languished in Leader McConnell’s legislative graveyard. Many bills that are just sitting here awaiting action, that were passed in the House. Many with bipartisan support are sitting waiting for Senate action. We should be doing that, not rushing through this nomination while people are voting, and want their choice listened to, not the Republican Senate choice.

Needless to say, his statement went unheeded, as Barrett has been sworn in as the latest Supreme Court justice. And if there was ever any doubt at all that McConnell was apathetic toward another multi-billion dollar stimulus package, it was made abundantly clear that nothing of substance was ever going to pass before November 3rd.

The conversation over the past several weeks has focused on the divide between House Speaker Nancy Pelosi and the White House, as Pelosi came to the table last month with a slimmed-down, $2.2 trillion HEROES Act that would have included more $1,200 stimulus checks, improvements to the Paycheck Protection Program, funds for state and local governments, and a national coronavirus testing plan. The White House countered with a $1.8 trillion proposal, but the two sides struggled to reach an agreement on the details of the plan.

Pelosi and Treasury Secretary Steven Mnuchin, who was negotiating on behalf of the White House, seemed to be making steady progress, but all along, Senate Republicans explicitly and emphatically stated they weren’t interested in spending another $2 billion on COVID-19 relief, despite the president’s insistence that they do so. We’ll never know what would have happened if a bill had received Trump’s stamp of approval before the Senate adjourned, but it looks like the earliest the American people can expect more assistance is now late next month.