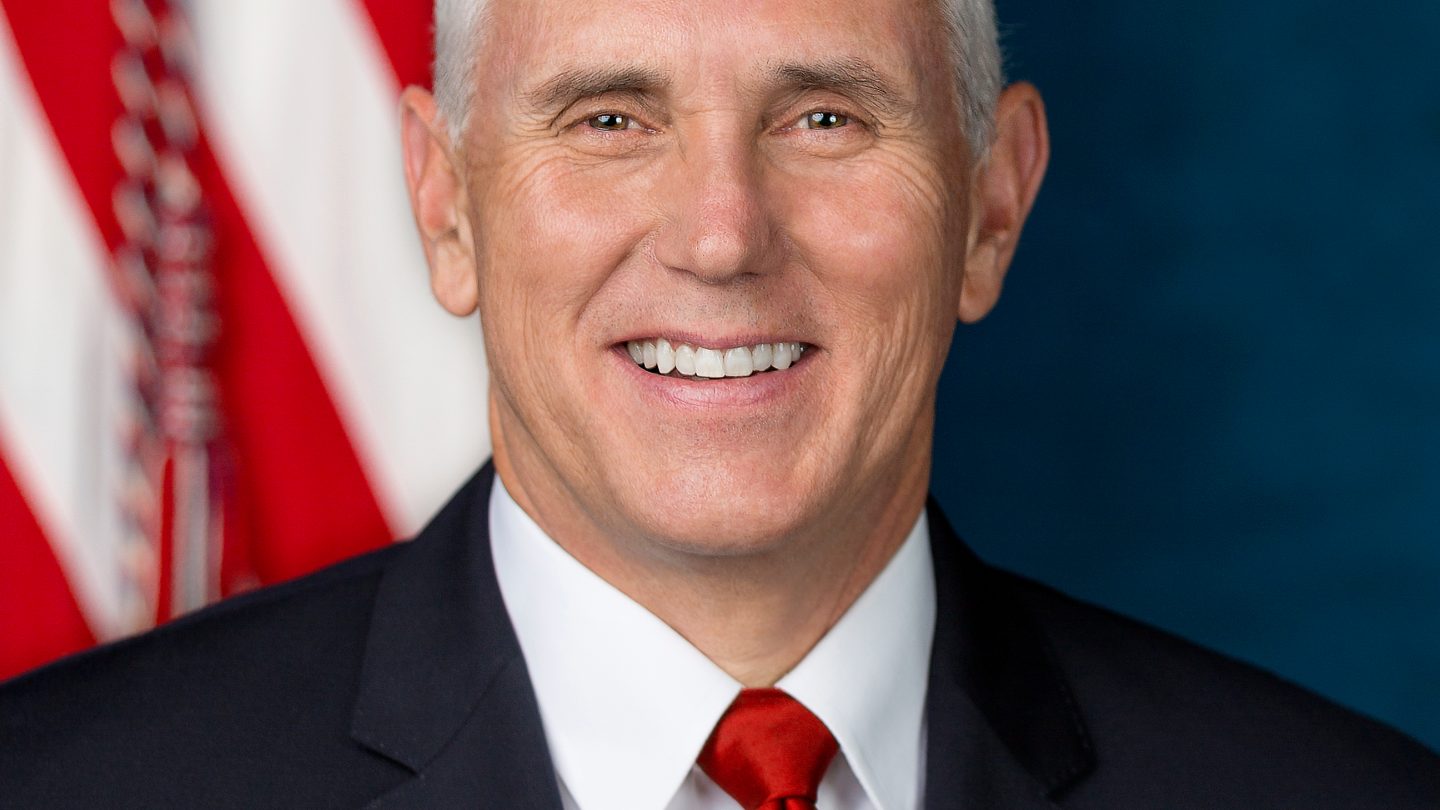 As of the time of writing around mid-day Thursday, if you type Vice President Mike Pence’s name into a Google search, the top result you get is for the website http://www.officialmikepence.com.

It takes about two seconds to determine it’s not real. Direct your attention, for example, down to the “Mike Facts” section. Listed facts include these gems: “Mike Pence went to college. Mike Pence won 3rd prize in the 1972 Indiana Junior Corn Contest. Mike Pence likes to watch movies. Mike Pence carries a tri-fold wallet in his right back pocket.”

There’s also, for good measure, a “Coming soon: Russian translation” announcement at the bottom of the page. Tabs across the top of the page include “Mother May I,” “Mike Facts” and “What I Ate.”

So, of course, this site that humorously seems to position the current veep as running for president is not real. CNET reports the site is the apparent result of an April Fools’ joke and was created by the Funny or Die people. What’s it doing at the top of search results for Pence’s name, of course, is the more interesting question. 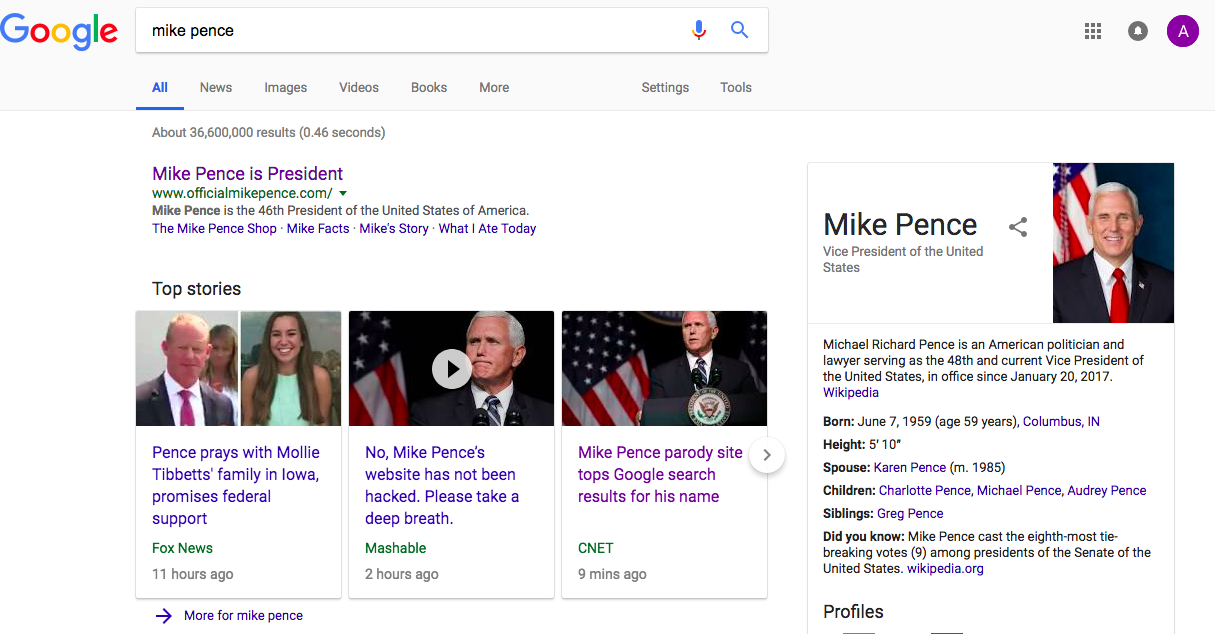 The likely answer: A mix of epically good SEO combined with Google’s ongoing struggle against the pervasiveness of fake news.

A Democratic strategist picked up on the site last week and tweeted about it to his followers:

This Mike Pence for President website is amazing :) #ImpeachTrumphttps://t.co/SopGoNyQha

After the Parkland shooting in February, for example, CNET notes that searches on Google-owned YouTube pointed to videos claiming survivor David Hogg was a crisis actor. “The parody Pence site has resurfaced as giant tech platforms have (also) publicly struggled with their response to Alex Jones, a high-profile commentator known for pushing conspiracy theories.”

The Mike Pence site is certainly funny, though, you’ve got to give it that. Under the “What I Ate” tab, for example, we learn that faux Pence’s recent dinner consisted of “dinosaur nuggets, mother’s spaghetti and a tall glass of milk.”

Right smack in the middle of the main page, there’s a somber looking photo of Pence next to an obviously fake quote that reads, “See You Tomorrow, for Tomorrow is Now Today. – The 46th President of the United States.”