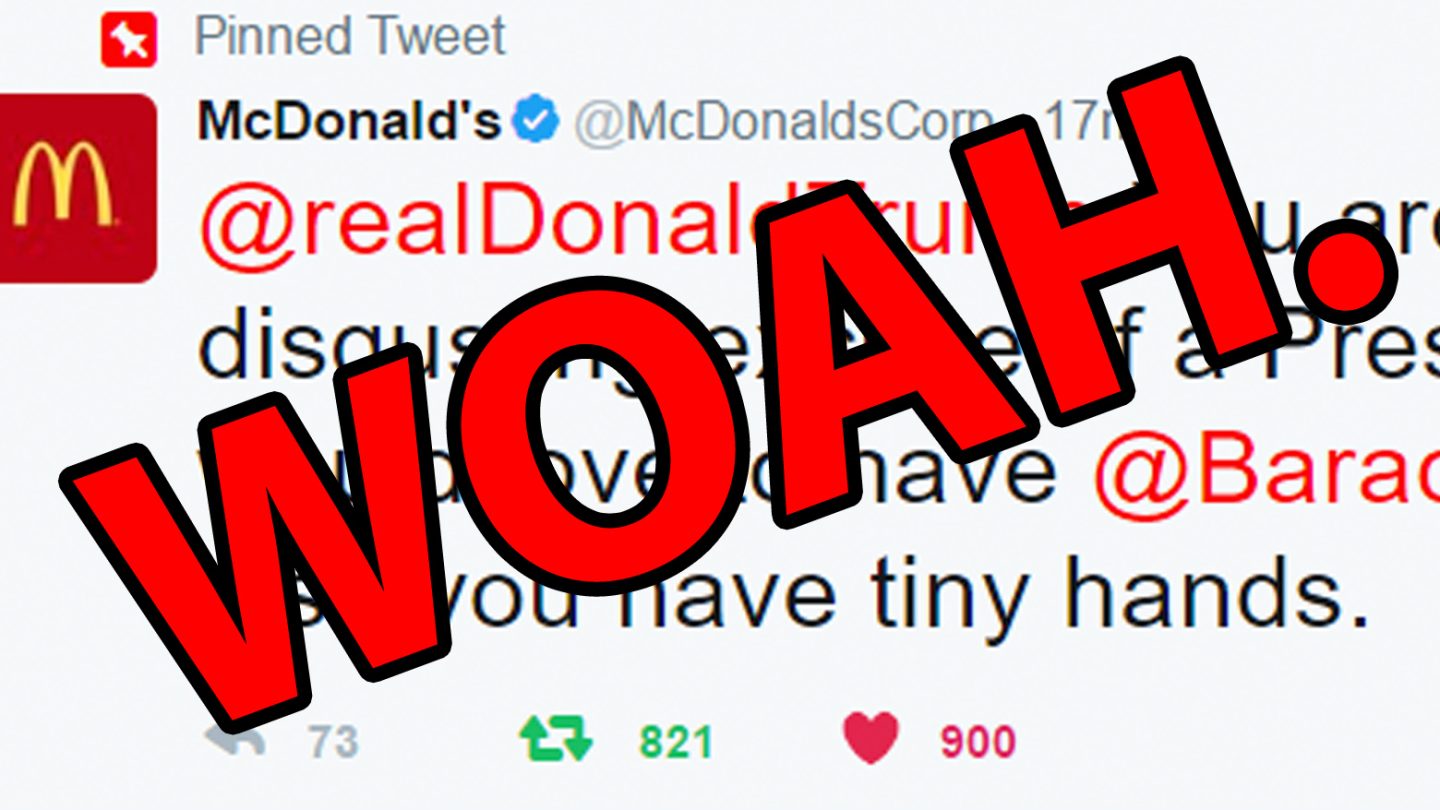 Corporate Twitter accounts are really just an absolute treat sometimes. Sure, most of the time they’re posting cheesy platitudes or promoting products you have absolutely no interest in, but every so often one of them fires off a real zinger. Today, that was McDonald’s, and the world famous fast food joint had Donald Trump in its sights, calling him a “disgusting excuse of a President” and confirming the long-held belief that he has unusually tiny hands.

The tweet, which was sent from the @McDonaldsCorp account (with just over 150k followers) rather than the @McDonalds account (which boasts nearly 3.4 million). It remained live for nearly half an hour before being struck from the internet record, but the magic of screenshots allows us all to continue to enjoy it for as long as we desire.

The chances that this was actually meant to be sent from the McDonalds corporate Twitter handle and not either a personal account — or, perhaps more likely, was the result of a hacker having a bit of fun at McDonald’s expense — is extremely unlikely. The account only very rarely tweets anything but the most boring day-to-day updates related to the restaurant chain, and has never made a habit out of getting political in the past.

That being said, it’s worth noting that the company hasn’t acknowledged the tweet at all since deleting it. There’s no notice or claim that the account was hacked or that a tweet had been sent in error. Perhaps a rogue employee was just having a bit of fun? At this point it’s hard to say.