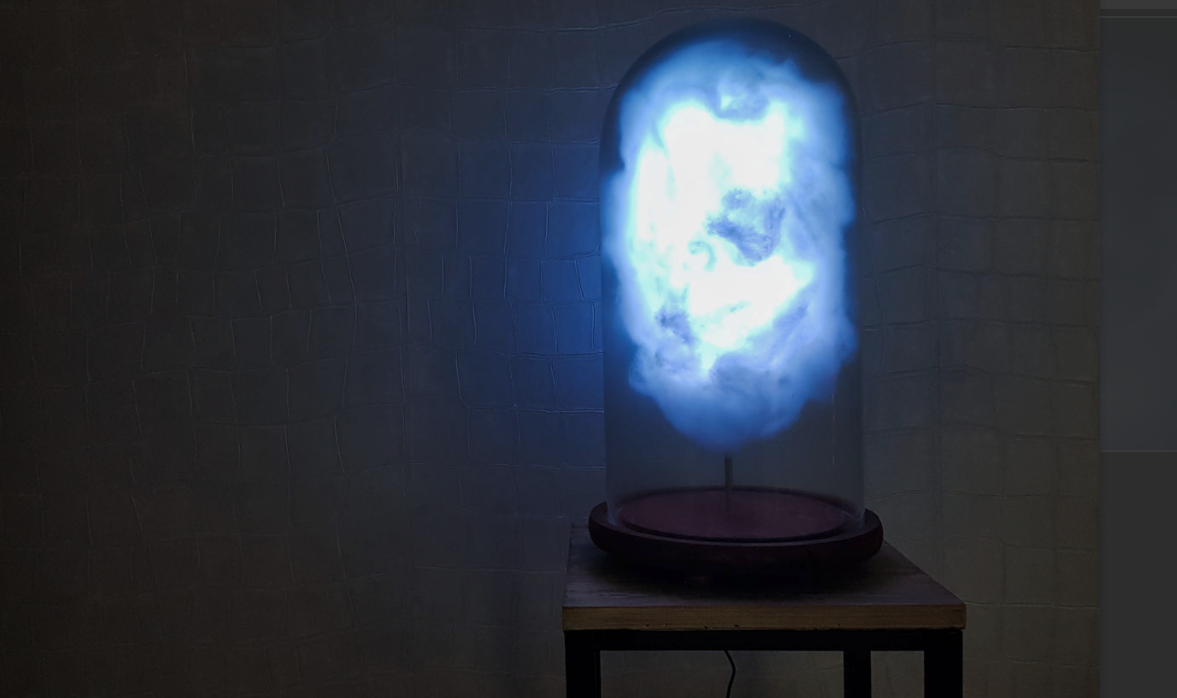 Whether you love him or hate him — and there’s very rarely any kind of middle ground these days — Donald Trump’s infamous Twitter rants are a sight to behold. He’s called out world leaders and titans of industry, targeting everyone from Kim Jong-un to Amazon’s Jeff Bezos. Now, there’s a lamp that perfectly captures the unpredictable and often volatile nature of Trump’s Twitter beefs, and it’s a pretty neat piece of art to boot.

From independent designed ParseError, the “Political Lamp” is a thing of beauty. Packed with fluffy “cloud” material — okay, so maybe it’s just pillow stuffing, but stay with me here — with a bright light embedded in the center, it lights up with rolling lightning every time its internet-connected brain detects a new tweet from Donald Trump. Encased in glass and situated on a wooden base, it’s an undeniably attractive accessory, but its true purpose is deeper.

“The idea of the Political Lamp is to hide its true nature behind a beautiful object, which immediately modifies the observer’s behavior when its purpose is revealed, causing anxiety and fascination,” ParseError explains on his website. “The choice of setting the Political Lamp to follow the tweets of Donald Trump is explained by the fact that he perfectly embodies a dangerous era, beyond the notion of idiocracy, popularized by the movie of the same name. A world where the words of one man, released without reflection and with spontaneity on a global social network, can endanger the fate of millions by spreading the ghost of nuclear war on the planet.”

Well, that sure got dark in a hurry.

It’s a pretty interesting idea, and even if you’re not of the same mindset of ParseError, the lame could presumably be set to follow any Twitter account, so you could come up with your own meanings for its flashy rumblings. Unfortunately, only one of these lamps exists, and there doesn’t appear to be any plans to mass-produce them. That’s odd, especially in the age of Kickstarter, because I have to imagine there are plenty of people who would put one of these in their living rooms.