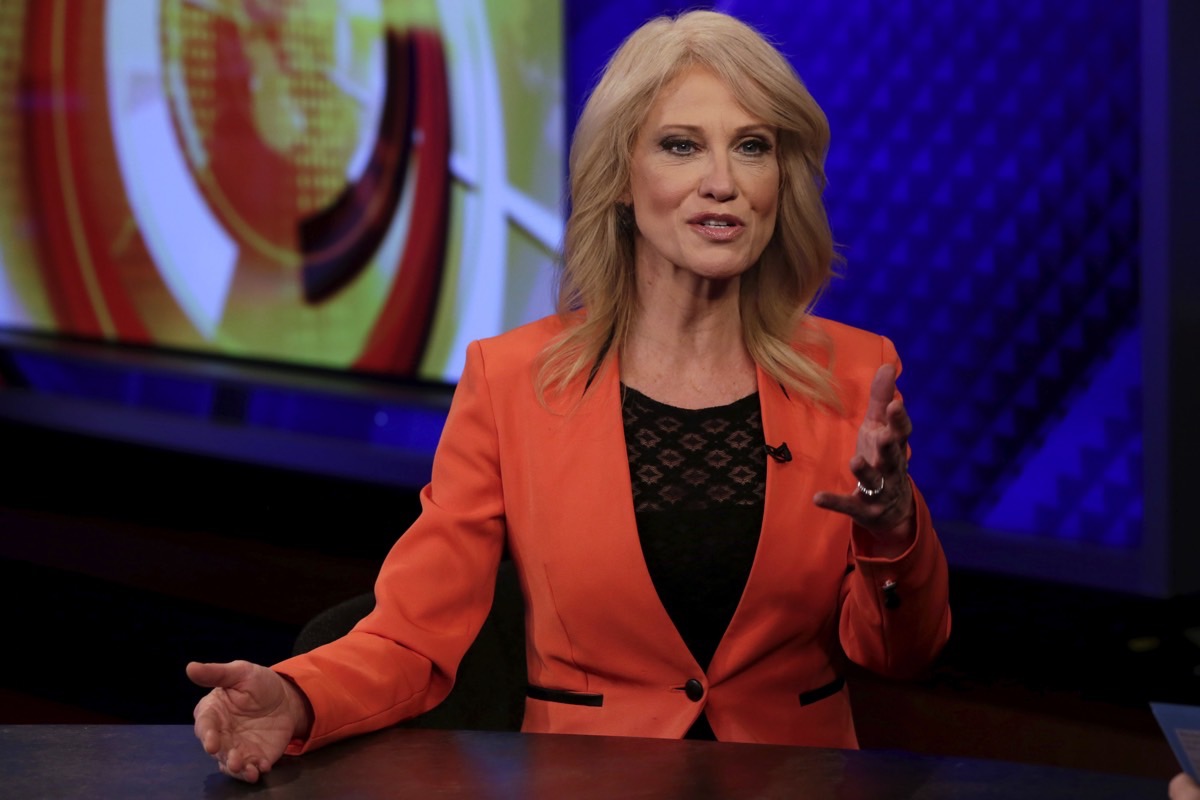 President Donald Trump a few days ago let loose one of the wildest claims of his presidency so far, that his predecessor wiretapped him at Trump Tower during the campaign. Since then, President Barack Obama denied those accusations, but Trump’s administration failed to either retract the allegations or provide any proof to support them. In fact, Kellyanne Conway went on to detail in an interview the various ways Trump Tower could have been wiretapped. Among the things Trump’s advisor mentioned are TVs and “microwaves that turn into cameras.”

In an interview with Bergen Record’s Mike Kelly, Conway implied that more sophisticated surveillance techniques may have been used to spy on Trump during the campaign, without providing any sort of evidence.

Instead, Conway cited articles that emerged last week detailing the CIA’s advanced malware programs capable of turning iPhone, Android, and even TV sets into devices that can silently spy on targets, as leaked by Wikileaks.

“What I can say is there are many ways to surveil each other now, unfortunately,” she replied.

“There was an article that week that talked about how you can surveil people through their phones, through their — certainly through their television sets, any number of different ways. And microwaves that turn into cameras, et cetera. We know that is just a fact of modern life,” she continued.

Conway on Monday morning took to Twitter to say that her comments were taken out of context. But the The Washington Post points out that’s not true, as Conway answered directly to a question about the campaign and the alleged wiretapping of Trump Tower.

Later, Conway walked back her microwave claim, the same The Post reports. She said on CNN that “I don’t believe people are using the microwave to spy on the campaign.”

The “cyber” continues to be hard for the Trump administration.