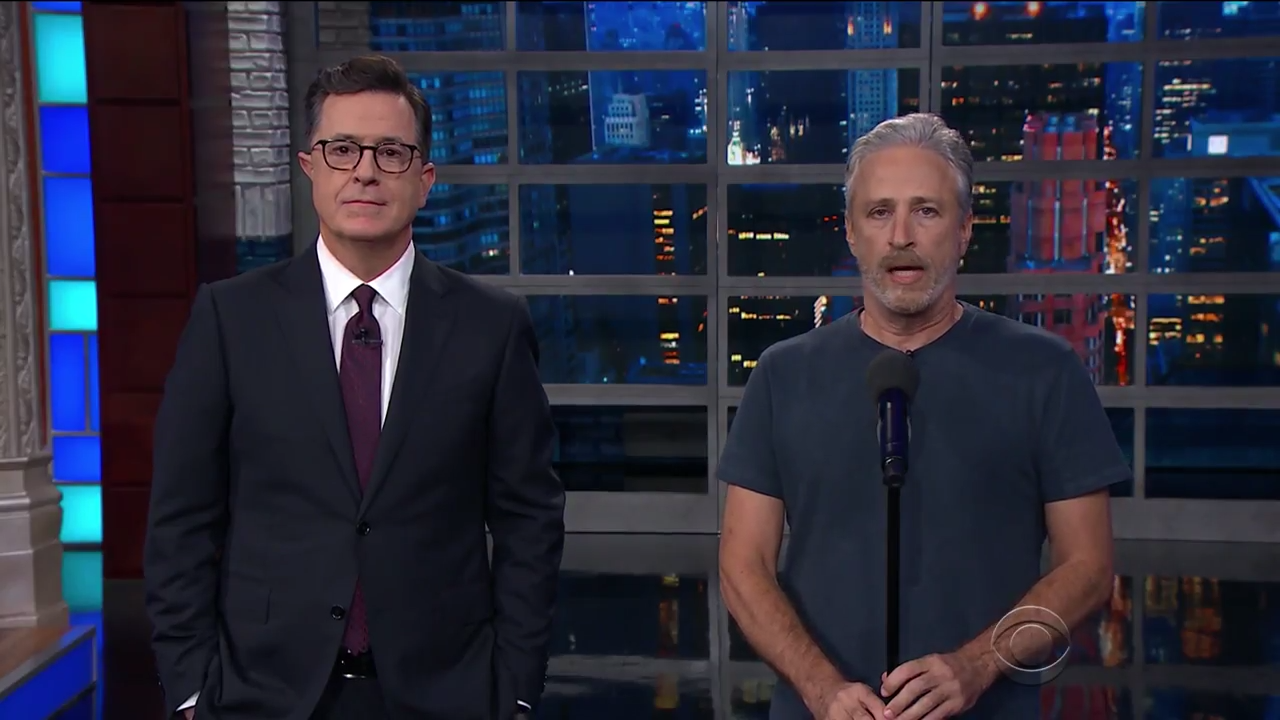 Last Saturday, during yet another Twitter tirade, Donald Trump made the astute observation that late night talk show hosts were spending a great deal of time making fun of him. He asked his followers if “we” (referring to Republicans, presumably) should get “Equal Time” (which was inexplicable capitalized in his tweet).

Despite the grammatical errors and typos, the gist of the tweet was clear: For every joke made at the expense of the president, there should be something positive said about him as well. At least, that’s how Stephen Colbert took it, so he brought Jon Stewart back on his CBS show to provide a counterpoint to his Trump bashing.

“I know that one: No,” Colbert said in response to Trump’s question. “That’s not how this works. You’re the president, we make fun of you. But we’re going to do it anyway, just to make you feel better, sir. I will now be joined by another host, licensed in “unfunny.” And that host will offer balance to what I say about the president.”

That’s when Jon Stewart walked out to join Colbert on stage. Colbert then continued his monologue, taking a jab at Trump before giving Stewart the floor. Unsurprisingly, Jon Stewart has a tough time coming up with anything positive to say about the president, but watching him squirm and stall for time is pretty funny. Though the two no longer work on the same network, they still have the same great chemistry on camera: