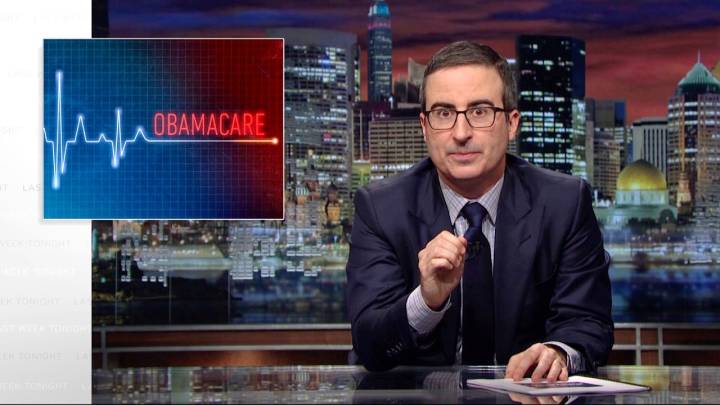 If there was one thing Donald Trump was going to do were he elected president, it was to repeal and replace Obamacare. This has been a goal of the GOP since the day the Affordable Care Act became law, and with a Republican majority in both the House and the Senate under Trump, many assumed it would be one of the first pieces of legislation from the Obama administration to go, replaced with something else.

Unfortunately — as John Oliver explained on Last Week Tonight — the GOP’s replacement healthcare plan needs to actually exist before the Republicans can convince anyone it’s better than Obamacare.

Over the course of the 20-minute segment, Oliver speeds through the entire history of Obamacare, from those who were understandably concerned about what it might mean, to the website issues it faced on day one, to the recent town halls in which congressmen and senators have been repeatedly slammed for suggesting that they might repeal the ACA without having a replacement plan ready to take effect immediately.

Oliver, like countless other citizens of this country, admits that Obamacare is a flawed program. President Obama promised everyone that they would be able to keep their doctors, despite the fact that he must have known it was a promise he couldn’t keep. Premiums on many health insurance plans have also increased since Obamacare passed, putting a strain on many Americans who were already struggling.

But the current proposals from the GOP are far more worrying than any of the issues of the ACA, Oliver argues. And the thing about the replacement plan is that if it fails, there won’t be anyone else to blame.