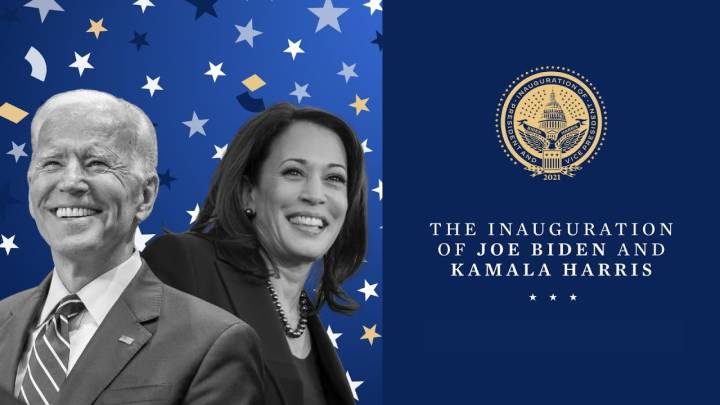 President Donald Trump left the White House for the last time on Wednesday morning, as President-elect Joe Biden and Vice President-elect Kamala Harris are set to be inaugurated at noon. The past few weeks have been as chaotic as any of the Trump era, from the signing of a new COVID relief bill to a deadly riot at the Capitol Building incited by the president to a slow start for vaccinations as cases spike and unemployment numbers soar.

Biden enters an even more precarious situation than former president Barack Obama did in 2009, and he will need to act quickly to stabilize the economy and the country at large. But before he signs an executive order or starts pushing for Congress to pass legislation, Joe Biden and his running mate Kamala Harris will be sworn in at 12:00 p.m. ET on Wednesday, January 20th by Chief Justice John Roberts, which you can watch live above.

Coverage of the inauguration of Joe Biden and Kamala Harris will run on all the major news networks all day, but the ceremony itself will begin at noon. Before Biden and Kamala are sworn in, Lady Gaga will sing the national anthem at 11:30 a.m. ET. Once the two have been sworn in, Biden will deliver his inaugural address to the nation.

Following the ceremony, Biden and Harris will travel to the Arlington National Cemetery at 2:00 p.m., where they will be joined by former presidents Barack Obama, George W. Bush, and Bill Clinton to lay the wreath at the Tomb of the Unknown Soldier. Biden and Harris will then be escorted to the White House at around 3:15 p.m. as a virtual “Parade Across America” airs, featuring “diverse, dynamic performances in communities in all 56 states and territories.” New Radicals, Earth, Wind & Fire, and Jon Stewart will all participate in the event.

Beyond the ceremony and the celebration, Biden will start pursuing his presidential agenda right away, with plans to sign “roughly a dozen” executive orders before the end of Wednesday to extend the pause on student loan payments, rejoin the Paris Agreement, reverse President Trump’s Muslim ban, extend restrictions on evictions and foreclosures, and issue a mask mandate on federal property and interstate travel.