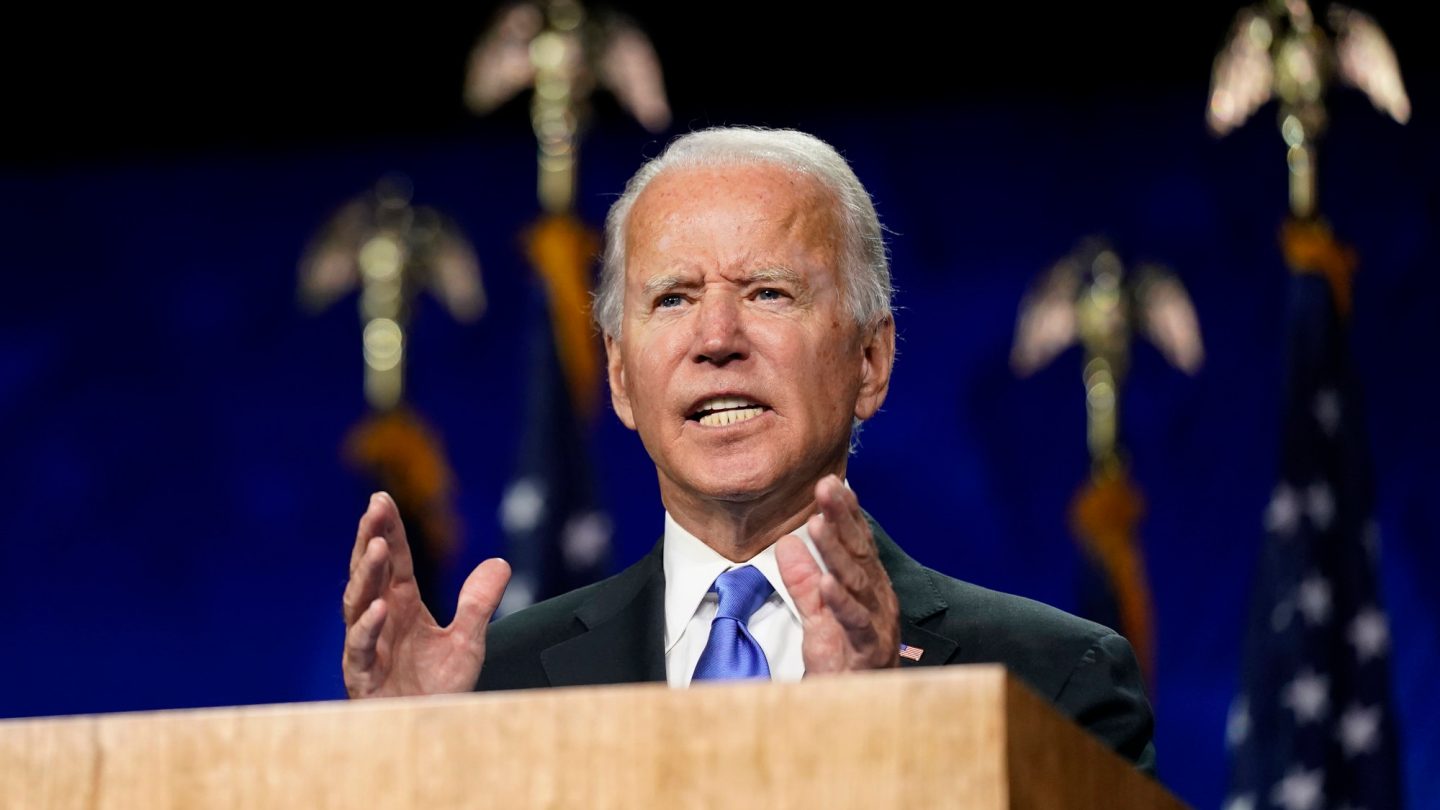 On Sunday night, less than 24 hours before the kickoff of the 2020 Republican National Convention, ABC will air a joint interview with Democratic presidential nominee Joe Biden and his running mate, California Sen. Kamala Harris. The interview was taped on Friday, the day after Biden delivered his firey-yet-hopeful acceptance speech at the Democratic National Convention, and the interview is already making major headlines thanks to the release of a few early clips, one of which has to do with a potential response to the coronavirus pandemic from a Biden-Harris administration.

At one point during the interview that viewers will see on Sunday — which you can watch a clip from below — Biden is asked whether he would get behind some sort of national stay-at-home mandate if scientists came to him and said that’s what’s needed to get the spread of COVID-19 under control. Biden doesn’t hesitate during that exchange, and you can see him clearly respond: “I would shut (the country) down.”

He couched his answer in the mantle of following the advice of experts, promising that his administration would do “whatever it takes to save lives.”

“I would shut it down; I would listen to the scientists,” @JoeBiden told @davidmuir Friday of the country, to stop the spread of COVID-19, in his first joint interview alongside his running mate, @KamalaHarris.

One thing it will be interesting to watch for in the rest of the interview is how Biden addresses the catastrophic economic pain associated with the lockdowns that already shut much of the country down earlier this year. In his answer, Biden may speak to the possible necessity of a more coordinated, and perhaps even a more aggressive, national lockdown. Ironically, the Trump administration may have made such a move a little easier for him, because you could argue that Americans may be more willing to stomach an aggressive response in the short term now, if they thought it would spare them from living through another six months of the chaos and muddling through that’s comprised the national response to the pandemic thus far.

“I will be prepared to do whatever it takes to save lives, because we cannot get the country moving until we control the virus,” Biden says in the clip above. “That is the fundamental flaw of this administration’s thinking to begin with.”

“In order to keep the country running and moving and the economy growing, and people employed, you have to fix the virus. You have to deal with the virus.”

Certainly, though, a national lockdown is still something pretty extreme to be talking about. On a somewhat related note, we can’t let this go by without talking about another more aggressive action in the coronavirus fight that one US state may be moving closer toward, itself.

Dr. Norman Oliver, Virginia’s state health commissioner, told a local news station on the same day the Biden-Harris interview was taped that once a coronavirus vaccine is finally available to the public, his intention is to mandate vaccinations for all Virginians. “It is killing people now, we don’t have a treatment for it, and if we develop a vaccine that can prevent it from spreading in the community we will save hundreds and hundreds of lives,” Oliver said.

Virginia’s state legislature is considering a bill that would allow people with a religious opposition of some sort to opt-out of such a vaccine mandate. Oliver, however, says he objects strongly to the allowance of an exemption.