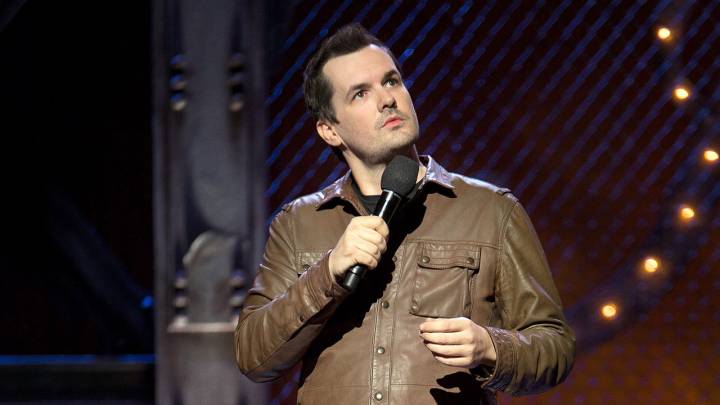 As you settle in for a nice relaxing weekend of binge-watching Netflix and trying your best to stay out of the cold, you might be wondering why Netflix’s comedy specials featuring Australian stand-up comic Jim Jefferies are bubbling up in the popular section. The answer lies in a clip from Friday night’s episode of Real Time with Bill Maher, where Jefferries tore into British journalist Piers Morgan. The two butted heads while speaking about — you guessed it — the recent controversies surrounding president Trump, and the internet can’t stop talking about it.

Donald Trump is clearly the most controversial and polarizing president the United States has seen in decades, and conversations about his policies tend to boil over both on screen and off. Such was the case on Friday night, when Real Time with Bill Maher guest Piers Morgan proclaimed “there is no Muslim ban” while discussing Trump’s recent executive order barring immigration from seven Muslim-majority countries.

Jefferies continued, “This is what you do, Piers. You say ‘He hasn’t done this, he hasn’t done that, he’s not going to do all these things’. Give him a f*cking chance, mate. You know what I mean? Because Hitler didn’t kill the Jews on the first day — he worked up to it.”

After the audience erupted with applause, Morgan began to counter. “That is the exact ridiculous, hysterical, over-the-top nonsense…” he began, before being cut off by the Australian comedian.

“You just like that you won The Apprentice and you have a famous friend, mate,” said Jefferies. “That’s all you f*cking like.”

A few scattered applause from the audience, which was seemingly surprised that Jefferies had made things personal, prompted Morgan to suggest that he had overstepped his bounds. “You’re losing your audience. You know why? Because you’re sounding unpleasant,” said the TV journalist.

“I’m not losing my audience,” Jefferies snapped back. “Am I losing you?” The audience, which clearly had not turned on the comedian, exploded into a lengthy round of applause.

The entire clip can be seen below (NSFW language).

Two of Jefferies’ stand-up specials can be found on this page on Netflix, and the first two seasons of his now-cancelled TV show Legit can be found here.