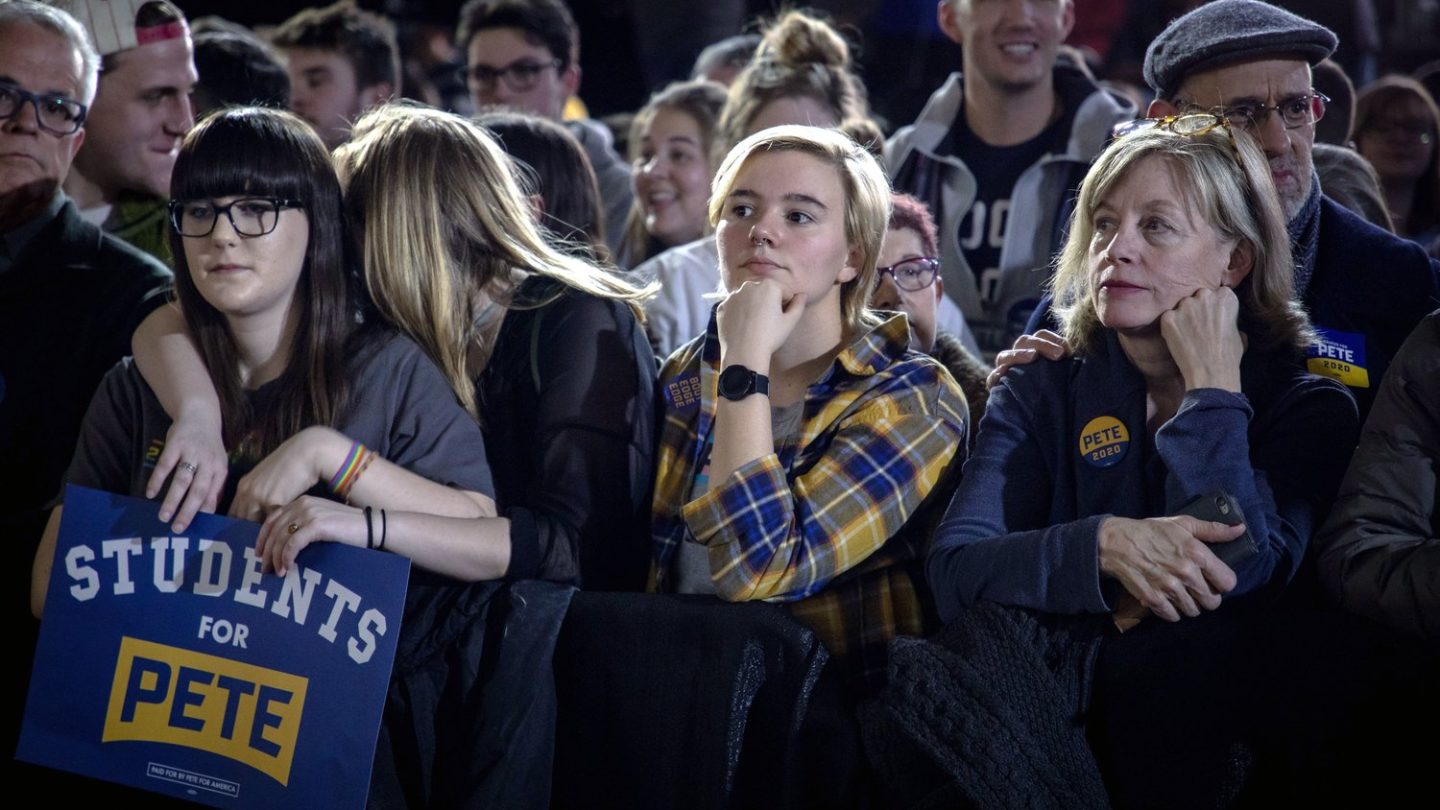 Disorganization between state and national Democratic party officials over the use of an app that was apparently slapped together just two months ago seems to be the culprit of the confusion that reigned over Monday night’s Iowa Democratic caucus results. At the time of this writing Tuesday morning, no clear winner had yet emerged, voters were left scratching their heads, and the leading candidates themselves headed onward to New Hampshire where the first-in-the-nation presidential primary will be held — albeit without the momentum from a solid Iowa win at any of their backs yet. “Iowa Results in Limbo as Democrats Head to New Hampshire,” a New York Times headline announced Tuesday morning, and the reason why was pretty apparent:

If you were watching CNN Monday night and saw the Iowa caucus official get hung up on (on live TV) after being on hold for 90 minutes with the Iowa Democratic Party while waiting to report his precinct’s results, you knew something was wrong. Most of the ire quickly coalesced around the mobile app that had been tasked with collecting results from the 1,700 or so caucus sites around the state.

The problems associated with the app were many, according to sources including the progressive advocacy group Public Citizen:

-Was engineered in just the past *two months*

-Was not tested at statewide scale

-Was not vetted by DHS's cybersecurity agency

According to state records, the Democratic Party in Iowa paid more than $63,000 (split over two months in November and December) to an outfit called “Shadow” whose website says it builds “affordable and easy-to-use tools” for the progressive movement. Separate from the fact that it doesn’t seem to have worked well in accomplishing its stated goal of helping precinct chairs easily send results to state Democratic officials, cybersecurity experts (per the Wall Street Journal) have blasted the party’s decision not to identify the app’s creator publicly or to let it be given security and reliability tests, which might raise cybersecurity concerns (though officials said the problems Monday night don’t appear to be the result of hacking).

The federal Department of Homeland Security has a cybersecurity unit that reportedly offered to put the app through its paces via testing, but state party officials turned that overture down.

State party spokeswoman Mandy McClure issued the following statement late Monday: “We found inconsistencies in the reporting of three sets of results.” Which makes this, she continued, “simply a reporting issue, the app did not go down and this is not a hack or an intrusion.

“The underlying data and paper trail is sound and will simply take time to further report the results.”

Wait… let me get this straight… after everything this country has gone through surrounding questions of election integrity and transparency… someone at the Iowa Democratic Party thought it was a good idea to hire a two-month old technology app called SHADOW INC?

Veterans of Hillary Clinton’s presidential campaigns have been linked to the creation of this app, including Shadow CEO Gerard Niemira. His LinkedIn page identifies him as a former “director of product” during Clinton’s 2016 presidential run. Shadow’s CTO is Krista Davis, whose LinkedIn page identifies her as a former “staff backend software engineer” for Clinton during the 2016 campaign.

Mid-morning Tuesday, meanwhile, the state Democratic Party blamed the mess on a “coding issue” in the app that’s been fixed, with caucus results forthcoming.