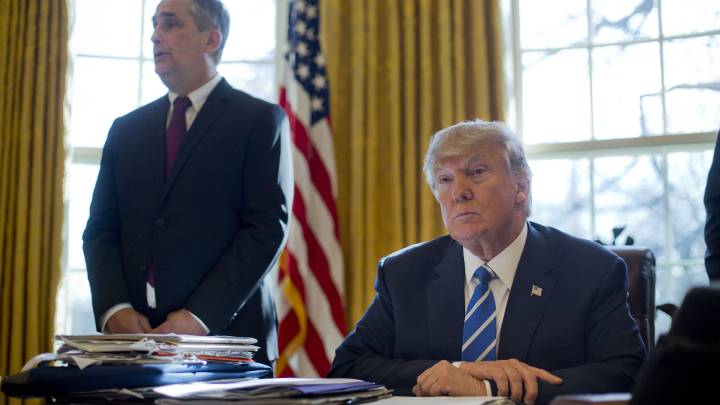 Intel CEO Brian Krzanich has become the third CEO in a day to quit President Trump’s manufacturing council in protest, the company announced in a blog post late Monday. Krzanich said “I stand with others for equality and improving US competitiveness. Both require improving in todays environment.”

Krzanich’s withdrawl is a stark change of course for Intel, which has thus far worked closely with the Trump administration. In addition to Krzanich’s participation in Trump’s advisory committee on manufacturing, he visited the White House earlier this year, and re-announced a factory development in the US to boost Trump’s favoribility. To go from fudging the truth for Trump’s benefit (Intel’s factory had been planned years earlier) to publicly resigning is a significant — and highly visible — change for Intel.

In the blog post on Intel’s website, Krzanich said that ” I have already made clear my abhorrence at the recent hate-spawned violence in Charlottesville, and earlier today I called on all leaders to condemn the white supremacists and their ilk who marched and committed violence. I resigned because I want to make progress, while many in Washington seem more concerned with attacking anyone who disagrees with them. We should honor – not attack – those who have stood up for equality and other cherished American values.”

Michael Dell is the only tech CEO left on Trump’s council, although he’s still in good company. The CEOs of Dow Chemical, Nucor, CE, and more, all remain as of the moment. Many have condemned the weekend’s events in Charlottesville, but have said that remaining engaged is the best course of action.