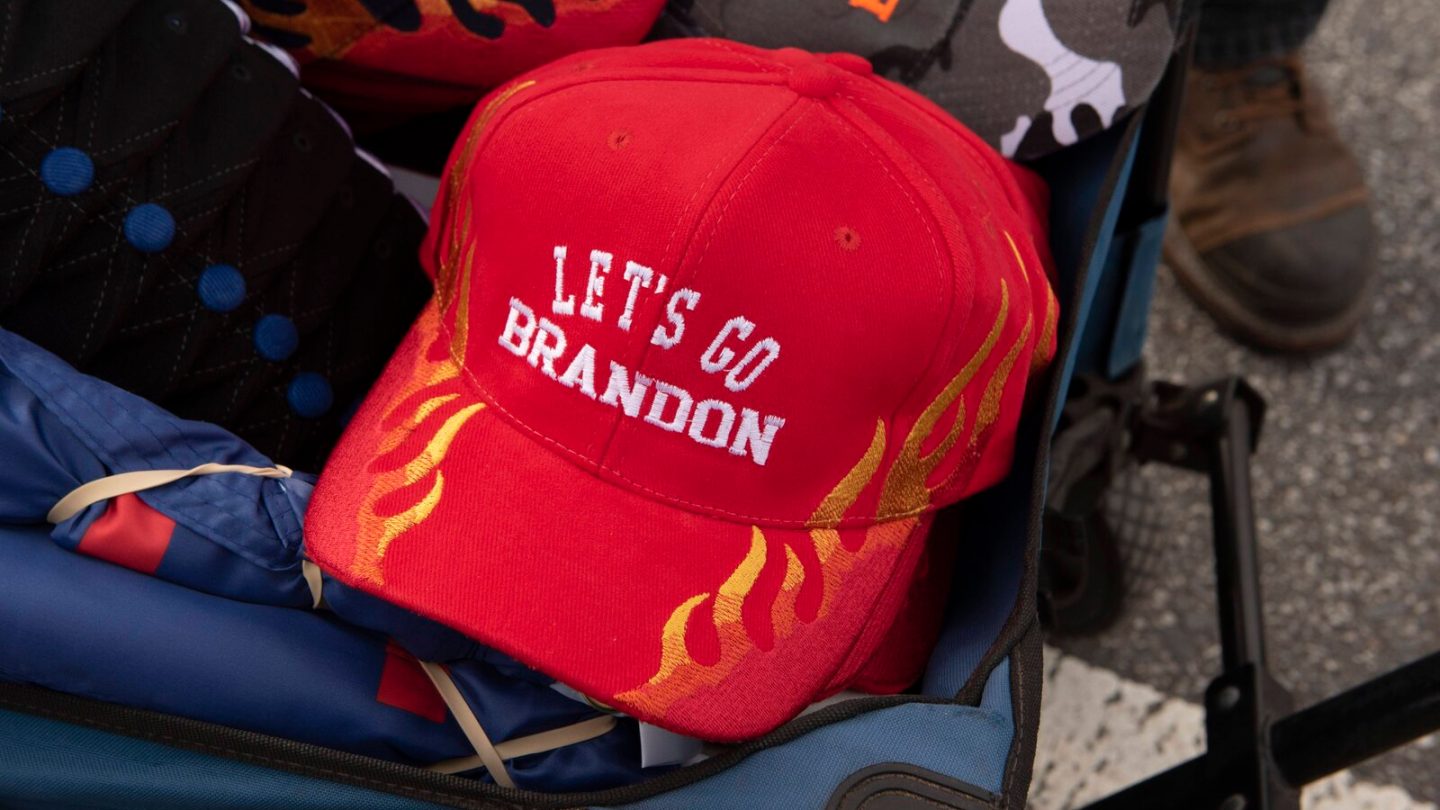 Other than the COVID-19 pandemic, it’s safe to say at this point that you’d be hard-pressed to find something that more people talked about over an extended period of time in 2021 than stimulus checks. As well as the “Let’s Go Brandon!” catchphrase/slogan/chant/whatever you want to call it that turned into a viral movement among critics of President Biden. 2021, in other words, was a year in which millions of Americans got more than half a dozen stimulus checks from the federal government. And millions of Americans, angry at the president, were chanting “Let’s Go Brandon!” at sporting events. And buying up merchandise adorned with the phrase, streaming songs inspired by the phrase, and much more.

Even more interesting than pointing all that out, though, is why, in fact, both of those stories dominated headlines this year.

The whole “Let’s Go Brandon!” thing got started in October, at the Talladega Superspeedway. Brandon Brown had just won a NASCAR race. And sportscaster Kelli Stavast at one point commented during an interview with Brown afterward how the crowd seemed to be chanting in his honor: ‘Let’s go, Brandon!” Unfortunately, that’s not actually what they were chanting. The crowd was very clearly addressing President Biden, not Brandon. Only, with an f-bomb in front of his name instead of “Let’s go!”

Needless to say, in a world where conservatives are predisposed to assume the mainstream media and popular culture is stacked against them? This phrase’s virality was assured pretty much from the get-go.

And the whole thing keeps snowballing.

So, what’s all this got to do with stimulus checks?

Billions of dollars in stimulus money

Last week, the federal government sent out the sixth and final child tax credit stimulus check for 2021. It brought an end, for this year at least, to the flow of tens of billions of dollars, spread over more than half a dozen stimulus payments. Which coincided with an explosion in inflation, to a three-decade high. And which coincided with a year in which we’ve seen a greater cumulative number of Covid deaths than we experienced last year. When, yes, there was still only the original, less-transmissible Covid strain — but also zero vaccines.

Point is: People are angry. And struggling. President Biden himself is still struggling to make good on the two key promises that handed him the White House. A promise to “shut down the virus.” And the more nebulous assertion that there would be no more mean tweets, that the adults were now in charge, and we could all sign in relief at the return of responsible governance.

Only, it hasn’t really worked out like that, has it?

Regarding the latter, this is the kind of crisis that’s tailor-made for an FDR-style “The only thing we have to fear is fear itself moment.

Instead, we got from this president this week: “A bunch of y’all are going to die this winter.”

I could go on. Like with all the times over this first year of the Biden administration that we’ve heard some version of the protestation that “We couldn’t have foreseen this — we had no idea how bad things would be.” Over and over again. We had no idea Afghanistan would disintegrate as fast as it did. In Vice President Harris’ words, we (the administration) didn’t see Delta or Omicron coming. Had no idea. “I think most scientists did not, upon whose advice and direction we have relied,” Harris told the LA Times.

Biden himself returned to that same mantra during a press conference on Tuesday, December 21. A reporter asked him what took the administration so long to ramp up the availability of coronavirus tests. “C’mon, what took so long?” he responded. “What took so long is it didn’t take long at all. What happened was the Omicron virus spread …”

“… more rapidly than anybody thought.”

I think at this point, thanks to an economy that’s made Americans unfortunately over-reliant on stimulus checks as well as the kind of political climate in which “Let’s Go Brandon!” can flourish, the picture couldn’t be more clear.

After two years of presidents who’ve promised, alternately, to make America great again, and to build it back better — I think at this point I’d prefer it if the next guy just left it alone.