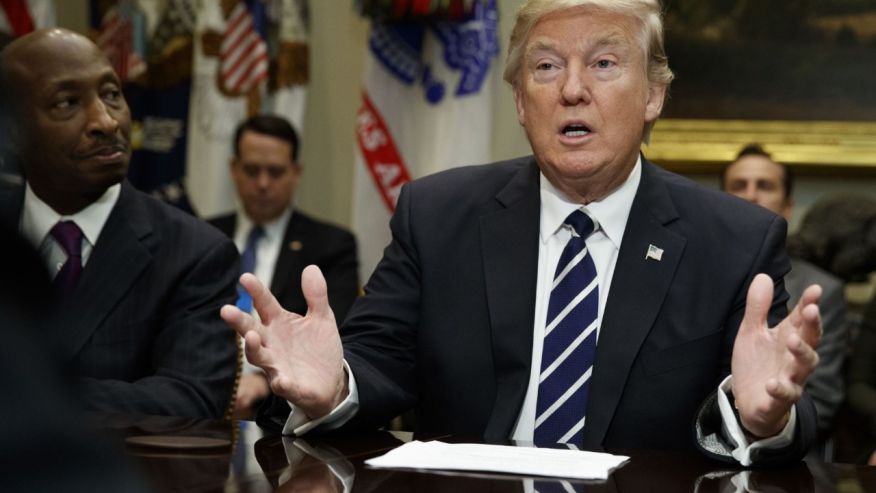 Donald Trump started tweeting eight years ago today, a strategy that ultimately turned him from a real estate magnate and reality-TV star to becoming the President of the United States.

Ever the self-promoter, Trump’s first tweet was about him appearing on since retired David Letterman’s late night show.

Since that time, has sent out nearly 35,000 tweets on a variety of topics, interacting with his fans, a strategy he has credited with winning the 2016 presidential election against Hillary Clinton.

FACEBOOK CLAMPS DOWN ON SICK VIDEOS, BRINGS IN 3,000 ADDITIONAL REVIEWERS

“I really believe that, um– the fact that I have such power in terms of numbers with Facebook, Twitter, Instagram, et cetera, I think it helped me win all of these races where they’re spending much more money than I spent,” Trump told “60 Minutes” Leslie Stahl in his first interview since winning the presidency in November 2016. “You know, I spent my money. A lot of my money. And I won. I think that social media has more power than the money they spent, and I think maybe to a certain extent, I proved that.”

Despite initial claims that he would tamper down his tweeting — which he said in the same interview — President Trump has continued to fire off tweets from his personal account, as well as @POTUS, discussing everything from foreign and domestic policy to the Super Bowl.

Most recently, President Trump has focused his Twitter attention on a number of topics, including attempting to repeal and replace the Affordable Care Act, which was a campaign promise of Trump’s he has yet to fulfill.

He has also called on Susan Rice, the former National Security Advisor under President Obama to testify, despite Rice turning down a request from Senator Lindsey Gram (R.-SC) to do so.