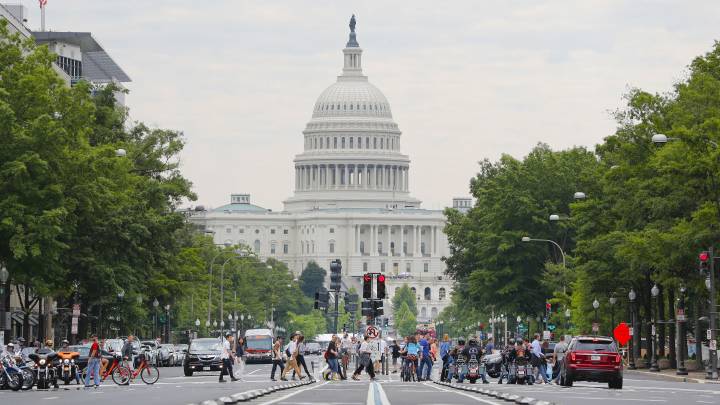 Well, this is reassuring. The midterms are almost upon us, the country is still reeling from the revelations associated with hackers meddling in the 2016 presidential election. And, somehow, most states still have glaring security holes in their election offices that will probably stay that way through the midterms.

That’s according to a new report from Politico, which found via a survey of all 50 states that few are planning to shore up their systems before November. Even after getting their share of $380 million in funding Congress appropriated for election security in March.

“Only 13 states said they intend to use the federal dollars to buy new voting machines,” Politico reports. “At least 22 said they have no plans to replace their machines before the election — including all five states that rely solely on paperless electronic voting devices, which cybersecurity experts consider a top vulnerability.

“In addition, almost no states conduct robust, statistic-based post-election audits to look for evidence of tampering after the fact. And fewer than one-third of states and territories have requested a key type of security review from the Department of Homeland Security.”

Anyone who’s been remotely in the vicinity of a TV or Twitter this week has a sense of the stakes involved in all this. You don’t even have to point to special counsel Robert Mueller’s recent indictments stemming from Russian cyber-meddling in the 2016 election. Intelligence and security experts have been sounding the alarm for years, practically begging states to improve the security of their election systems.

Still, the Politico reporting shows, “most states’ election offices have failed to fix their most glaring security weaknesses,” less than four months before elections that will determine how the rest of Trump’s presidency is likely to unfold.

The site’s reporting goes on to note that the U.S. Dept. of Homeland Security believes that Russians have “scanned” all 50 states looking for vulnerabilities in voter registration databases. That’s according to DHS undersecretary Christopher Krebs. For some extra context, Politico explains that “Voter databases are among the most vulnerable elements of the U.S. election system because they are connected to the internet and are often maintained by inadequately staffed or poorly trained IT departments.”

Oh, and about those Russians who were probing state election websites during the 2016 campaign — in at least one state, they found a vulnerability that allowed them to access tens of thousands of voter records. The New York Times also gave us this juicy news tidbit earlier this week — that President Trump was shown “highly classified evidence” before his inauguration that Russian President Vladimir Putin himself personally green-lit cyber-meddling in the 2016 election.

No wonder a Republican Senator had this warning to share, which he did via Twitter earlier this week:

Russia tried to meddle in our 2016 elections – they'll be back in 2018 and 2020. We must be prepared by helping states strengthen election systems. Glad to have @SenatorRounds and @SenBillNelson as new co-sponsors of our bipartisan #SecureElectionsAct today. 10 co-sponsors total.