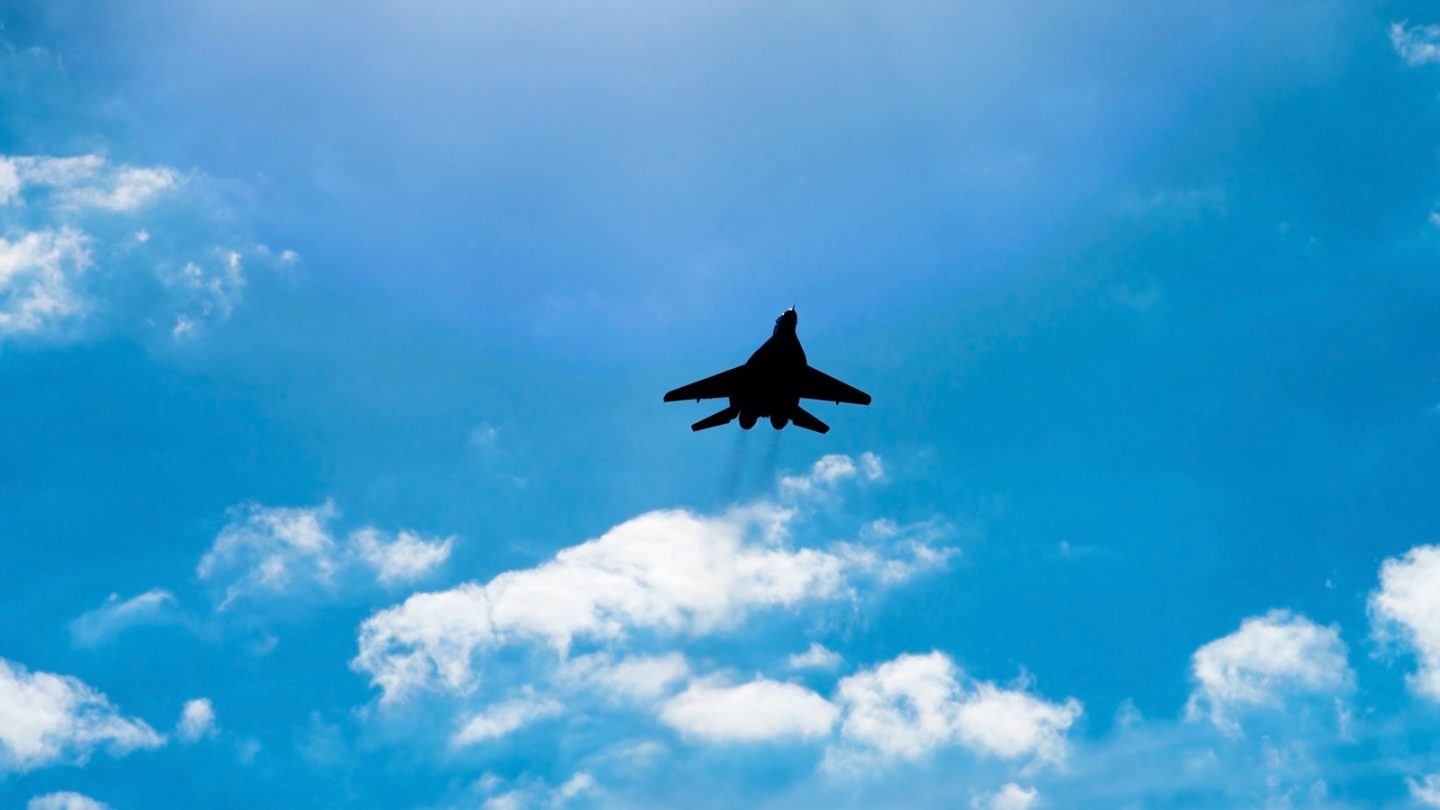 Russia invaded Ukraine in the early hours of Thursday morning, and there’s been an all-out war ever since. After massive artillery bombardments and air raids, Russian forces have attacked from the north, east, and south. Videos and photos quickly appeared on social media, documenting all that and showing the advance of the invasion in real-time. Late on Thursday, the “Ghost of Kyiv” has started trending online, but not for the reasons one might think.

Kyiv is the capital of Ukraine, an obvious target of the Russian advance. But Kyiv has not fallen, despite the heavy fighting around it. Therefore, the Ghost of Kyiv doesn’t refer to the city’s demise, and it’s not a call for resistance following a Russian conquest. Instead, it’s the nickname that Ukrainians have given to a mysterious fighter pilot who is said to have shot down as many as six Russian planes in one day.

Nothing is confirmed at this time, but there’s no question this is the kind of story that can inspire those fighting on the ground.

The initial Russian attack wasn’t limited to the two south-eastern Ukrainian provinces that Russia declared independent earlier this week. Instead, Russian forces pushed north from Crimea and south from Belarus, just as different formations crossed the eastern border into Ukraine.

The fighting in the north targeted the capital city. Russia temporarily obtained control over a crucial airport some 15 miles northwest of Kyiv. Similarly, Russia pushed through the Chernobyl region, which is some 85 miles north of the city.

The Russian forces have the advantage in numbers and technology, with the Russian airforce dominating the Ukrainian skies. That’s where the Ghost of Kyiv comes into play, a story that seems to come straight from a war movie.

According to reports on social media that are yet to be confirmed from official sources, there’s a Ukrainian Fulcrum pilot out there who has shot down six air targets on Thursday.

The Ghost of Kyiv

The Ukrainian MIG-29 reportedly downed two SU-35s, one SU-27, one MIG-29, and two SU-25s Russian airplanes. This sort of remarkable achievement would turn the Ghost of Kyiv into an ace. That’s a pilot who shot down at least five targets. That’s a rarity for the modern world, where such feats are hardly possible.

But, again, there’s no confirmation that a single person might have been able to achieve all that in a single day of fighting. Russia dominates the air in Ukraine, but Kyiv still has fighting power left. The country confirmed it shot down seven Russian aircraft on Thursday.

As exciting it might sound for a single person to have been responsible for nearly 100% of kills against the invading force, it’s more likely that the Ghost of Kyiv is made up of different pilots fighting for their country. So far, all we have are different videos on social media that show the pilot in action. Including one where he’s about to engage a Russian fighter jet.

That doesn’t make the topic any less exciting. It’s the kind of early war story that Ukrainians might need. It can boost morale just as the onslaught continues in the countries.

Kyiv has won a few significant battles on the first day of fighting, including retaking the key airport near the capital. But the Russian attack is pressing forward on Friday, especially around Kyiv after a terrible night of shelling.

Having the Ghost of Kyiv trending on social media multiple times on Thursday and Friday morning also shows the resolve of the Ukrainian people, currently fighting the fight of their lives.