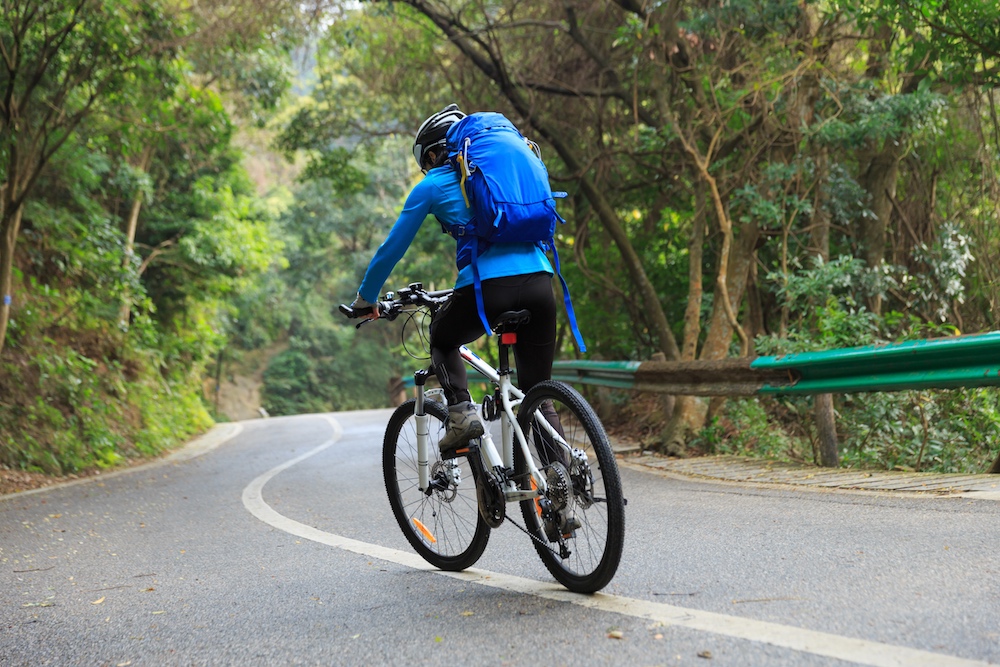 Over the weekend, a cyclist who aggressively confronted a group of women at a Maryland public park was arrested after a video of the altercation went viral. The video in question started making the rounds late last week and shows Anthony Brennan approach a group of women who, in the wake of the George Floyd killing, were putting up fliers calling for racial justice in America.

Brennan, age 60, seemingly loses his mind and tries to wrestle the fliers out of the hands of a young woman. All the while, other parties to the group are shouting at him to leave her alone, not to touch her, and to “please walk away.” Undeterred, Brennan gets in the woman’s face before retreating and shouting an expletive at the group.

The bizarre confrontation doesn’t end there, however. Before leaving, Brennan takes his bike and launches it at the person who was filming the entire ordeal. As the videographer backpedals, Brennan keeps running at him.

“He sees me recording him and sees the fact that I recorded him doing that,” the videographer explained in a subsequent interview, “and he grabs his bike and runs it into me and pins me to the ground.”

The full video can be seen here:

Once the video started to pick up traction — it currently has more than 32 million views on Twitter alone — tips about the cyclist’s identity began flooding in.

The Maryland-National Capital Park Police said that detectives used “various sources” to corroborate information provided by the community before identifying Mr. Brennan as the primary suspect. After contacting Mr. Brennan and his lawyer on Friday, the police said, they got his permission to search his home, where they seized evidence.

With a warrant in hand, Brennan turned himself in. Shortly thereafter, Brennan’s attorneys released the following statement:

Anthony Brennan recognizes that his outrageous behavior toward the young adult victims on the Crescent Trail was unacceptable and wrong.

The outrage felt in our community and across our country is completely justified.

Unfortunately, several innocent people were also victimized by having been erroneously identified online, and their reputations were tarnished.

Mr. Brennan understands that his apology will not be enough to right his wrongs:

“I am sick with remorse for the pain and fear I caused the victims on the trail, and online. I am cooperating fully with authorities. I am committed to making amends by addressing, through counseling, the underlying issues that led to my abhorrent behavior.

I am dedicated to working with the Montgomery County State Attorney’s Office to provide peace to our community and justice to the victims in the video, as well as to all victims of racism and police brutality.”

Once Brennan’s identity was revealed, he was also fired from his position at a marketing company:

STATEMENT: Recently, we discovered one of our employees engaged in disturbing, wrongful, and completely unacceptable behavior directed towards peaceful demonstrators. [continued] pic.twitter.com/F9M2zQTK8j