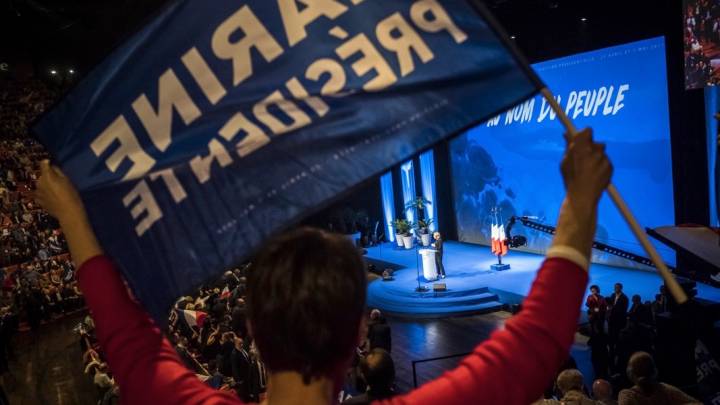 Stop me if you’ve heard this before: Russia is suspected of interfering with the democratic presidential election in a country that’s far from being an ally. France might be next after the United States, where hacks carried out by Russian intelligence are believed to have helped Trump secure his recent win.

Russian covert operations, like hacking the Democrats and spreading compromising material, or promoting fake news on Facebook and other social networks to bolster Trump’s image, are also expected in France.

French site Le Canard Enchaîné reported on Wednesday that the country’s Directorate General for External Security (DGSE) believes that Russia will help far-right candidate Marine Le Pen using similar tactics. Bots are expected to flood the internet with millions of positive posts about Le Pen, and her opponents’ confidential emails will be leaked to the press.

The issue is so severe, Foreign Policy notes, that it’ll be addressed in the next defense meeting with the French president.

Wikileaks has already leaked compromising documents about Le Pen’s rivals. On top of that, Russian media noted that center-left candidate Emmanual Macron is a US agent lobbying on behalf of banks, and that he has a secret gay lover. Macron is apparently the candidate most likely to face Le Pen in the second round of voting in May.

The center-right candidate Francois Fillon doesn’t need the Russians to compromise him. The same French site revealed that he paid almost one million euros to his wife and children to serve as his parliamentary aides — all with taxpayers’ money, of course. Fillon will not pull out of the race in spite of all that.

Why is Russia’s Vladimir Putin backing Le Pen? The far-right candidate is a strong proponent of Frexit, which is just like Brexit only for France. That’s the kind of policy that Putin probably loves, as it can undermine strong European ties including EU and NATO. Furthermore, Le Pen has publicly supported Putin — can you name anyone else who praised Putin before winning a presidential election? — by going as far as to say that Russia did not invade Ukraine. The Independent reported a few days ago that Le Pen said that Crimea was always Russian, ignoring all evidence that there was a military invasion.