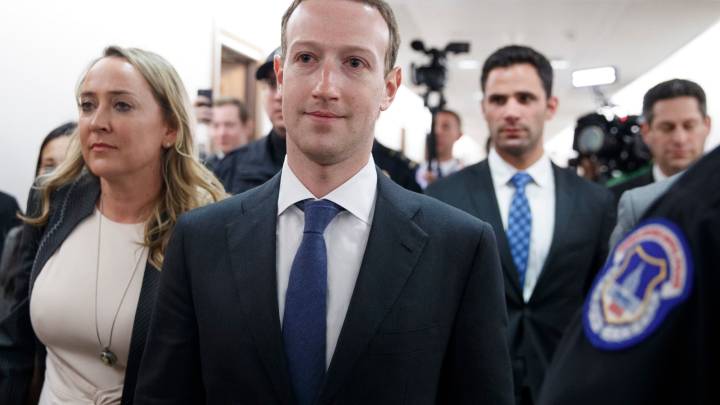 Facebook has been struggling in recent days to offer a good answer to the question of why it’s made a show of going after fake news while letting something like the conspiracy-peddling InfoWars Facebook page stick around.

Come Tuesday, Facebook policy head Monika Bickert will be on Capitol Hill — along with her counterparts at Twitter and Google parent company Alphabet — to field questions from lawmakers about how and why the company makes the decisions that it does around moderating content. And it’s a good bet that the company’s thinking and muddied answers around the InfoWars issue will probably come up.

Some background: Facebook for the past several days has been at the center of a firestorm over this very issue thanks to the company refusing to take a hard stance on InfoWars’ presence on the platform. InfoWars, of course, being the site that’s pushed conspiracies like Pizzagate — which said Democrats were leading a child sex ring from a Washington D.C. pizza shop — that InfoWars host Alex Jones ended up apologizing for.

Facebook’s argument is basically that it doesn’t want to put itself in the position of deciding what counts as truth. As a defense, Facebook tweeted this week that it sees pages on both sides of the ideological spectrum producing content that some people could argue is fake news but that the publishers would say represents opinion and analysis.

We see Pages on both the left and the right pumping out what they consider opinion or analysis – but others call fake news. We believe banning these Pages would be contrary to the basic principles of free speech.

New York Times columnist Kevin Roose shot back that answer sounded like the company was saying there are “some very fine pages on both sides,” a nod to President Trump’s widely criticized initial remarks in the wake of the Charlottesville clashes.

Republicans in Congress have been especially critical of Facebook and to a lesser extent Twitter over the way content is handled — especially conservative-leaning content and user accounts. Facebook and its handling of the InfoWars question brought that back to the fore this week.

Per Techcrunch, Facebook’s “recently appointed head of News Feed John Hegeman explained that, ‘I guess just for being false, that doesn’t violate the community standards. I think part of the fundamental thing here is that we created Facebook to be a place where different people can have a voice.’

“In response, CNN’s Oliver Darcy tweeted: “I asked them why InfoWars is still allowed on the platform. I didn’t get a good answer.” BuzzFeed’s Charlie Warzel meanwhile wrote that allowing the Infowars Page to exist shows that ‘Facebook simply isn’t willing to make the hard choices necessary to tackle fake news.'”

As these platforms continue to grab a larger share of time and attention, the stakes will only get higher in how these questions are answered. No doubt, bad actors continue to take advantage of the fact that Facebook and Twitter are still wrestling with how to handle this. Here’s hoping, of course, that more progress is made soon — especially with the midterms coming up and the 2020 presidential race likewise looming.