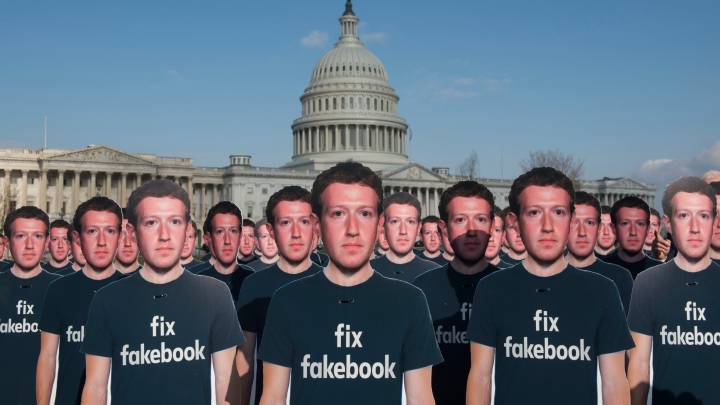 Why, he wanted to know, is Gateway Pundit losing traffic?

Gateway Pundit being a pro-Trump news site that’s promoted far-right hoaxes and which announces prominently to readers of its page: “Facebook is currently censoring conservative content.”

Today’s hearing on how social media companies handle the presentation of content — who sees what, and why — probably encapsulates as well as anything the state of modern civic life in America. About why people think what they think about the news, about politics, Trump, everything.

About the hearing specifically, it was another of those things were two people can be looking at it and Republicans see rampant bias, while Democrats howl in response that there’s nothing here, that this is not even a thing.

“It’s a matter of congressional record that [the] Gateway Pundit, Mr. Jim Hoft, has introduced information into the record that in the span of time between 2016 and 2018 he saw his Facebook traffic cut by 54 percent,” King explained during the hearing. Which promoted one Twitter user to wonder the obvious question out loud.

I'm curious how this is (a) Facebook's problem or (b) a reasonable concern of Congress? https://t.co/RBtZ3AOdwo

Democrats, as we and others have noted, see the opposite problem. They think Facebook is letting too much stay on the platform unchecked. With the conspiracy- and fake news-peddling site InfoWars generally presented as Exhibit A.

After all the sound and fury had settled from today’s hearing — and accomplished precisely nothing — New York Magazine probably got closest to the truth of the matter with a pat summation that News Feed is simply, well, a bad product. That never mind all the back and forth and non-answers over what counts as news and what Facebook’s responsibility should be, “Facebook would not have this issue to anywhere near the extent that it currently does if it did not have the algorithmically ranked News Feed.”

Here’s some of what Bickert shared in her prepared testimony today: “People share billions of pictures, stories, and videos on Facebook daily. Being at the forefront of such a high volume of content sharing means that we are also at the forefront of new and challenging legal and policy questions, including questions around how to keep our community safe and the dialogue on our platform healthy.”

In a Facebook blog post today, Bickert spelled out some concrete steps the social networking giant is taking to try to keep a better lid on problematic content. For one thing, it’s bumping up the number of people working on its safety and security teams this year to 20,000. That includes more than 7,500 content reviewers.

A stance of sorts out of Facebook does seem to be coalescing today. That stance being — Fake news is bad. Publishing it, however, doesn’t seem to violate the company’s terms and conditions. Which is why, for now, InfoWars stays.

Another day, another round of the big blue empire wanting to have its cake and eat it too.