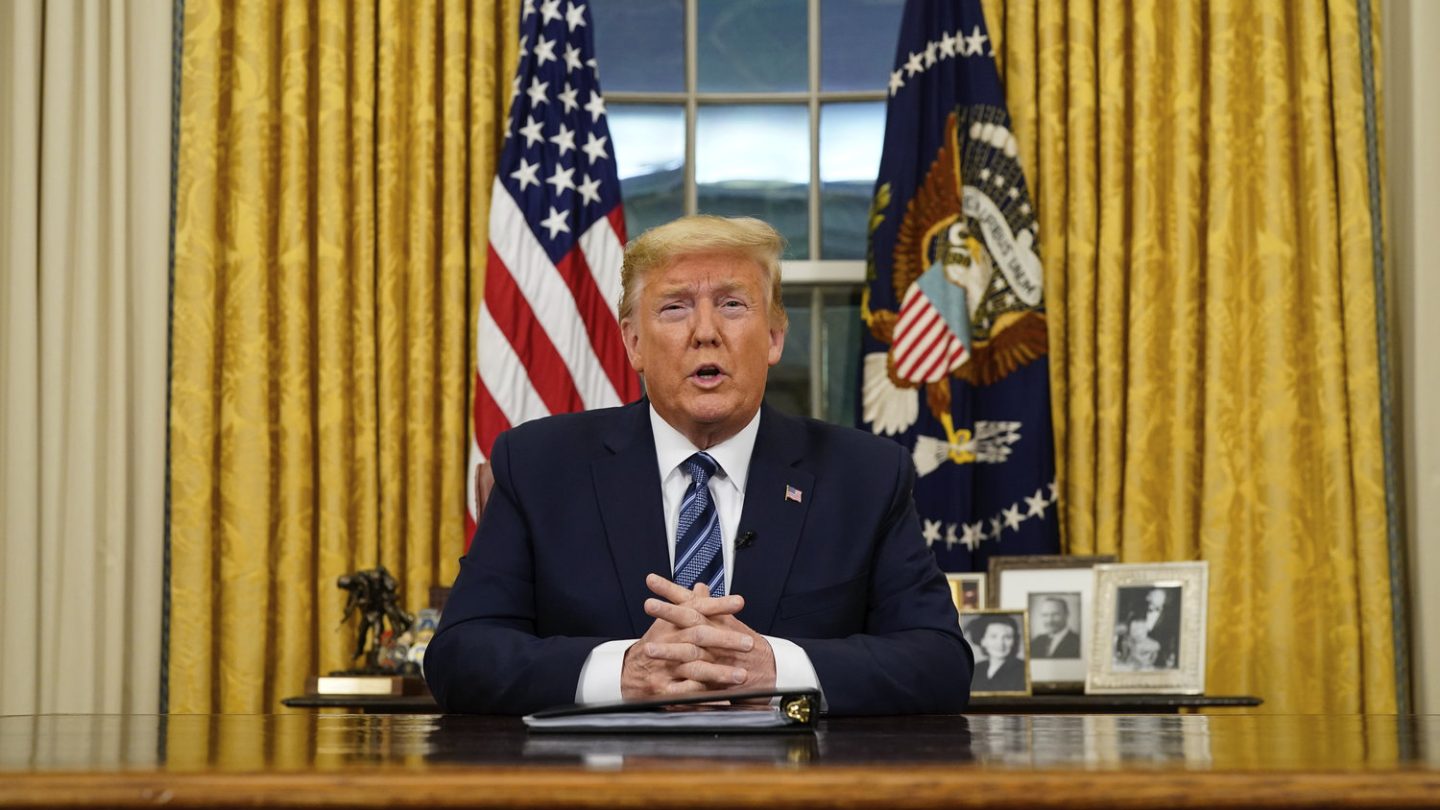 In an effort to show that the US is taking the coronavirus spread seriously, President Trump delivered a televised address from the Oval Office on Wednesday night that included announcing such dramatic steps as a ban on travel from Europe which also seemed to include a temporary halt on cargo shipped from Europe.

If it was meant to calm the panic that’s starting to spread around the country in the US, though, it backfired in a major way. The travel ban immediately brought more questions than answers, and it was one more head-spinning piece of news on a day that also included the World Health Organization declaring the virus a global pandemic, the NBA canceling the remainder of its season, and actor Tom Hanks disclosing that he and his wife have tested positive for the virus. Here’s the thing, though: There were at least two major errors in Trump’s speech that had to be clarified.

For one thing, the US Dept. of Homeland Security has issued a statement clarifying that the ban doesn’t apply to US citizens. Take a look at the first sentence in the statement below, referring to “most foreign nationals” —

UPDATE on US travel ban. According to Homeland Security document it isn’t all of Europe, it relates to those countries in the Schengen area. So looks like both the UK, Ireland and Cyprus excepted. And presumably the other non EU countries too. pic.twitter.com/ZchUrRV4pR

During his speech, Trump defined the ban as a blanket prohibition on travel from Europe, with the exception of the United Kingdom. That statement above from the Acting Homeland Security Secretary, however, also seems to add Ireland as an exception, since it’s not included in the list of prohibited countries.

As he continued his speech, meanwhile, Trump also talked about a ban on cargo flights from Europe, as well. “These prohibitions will not only apply to the tremendous amount of trade and cargo but various other things as we get approval,” Trump said — although he went ahead and corrected himself via Twitter a few minutes after the speech, declaring that his ban is only intended for people:

The Europe travel ban is set to be enacted on Friday at midnight and to extend for 30 days, and there will no doubt be more clarity and guidance issued very soon around these and other items Trump discussed in his remarks last night. Chad Wolf, the Acting Homeland Security Secretary, has said the department in the next 48 hours will issue a notice “requiring US passengers that have been” traveling in certain parts of Europe to “travel through select airports where the US Government has implemented enhanced screening procedures.”