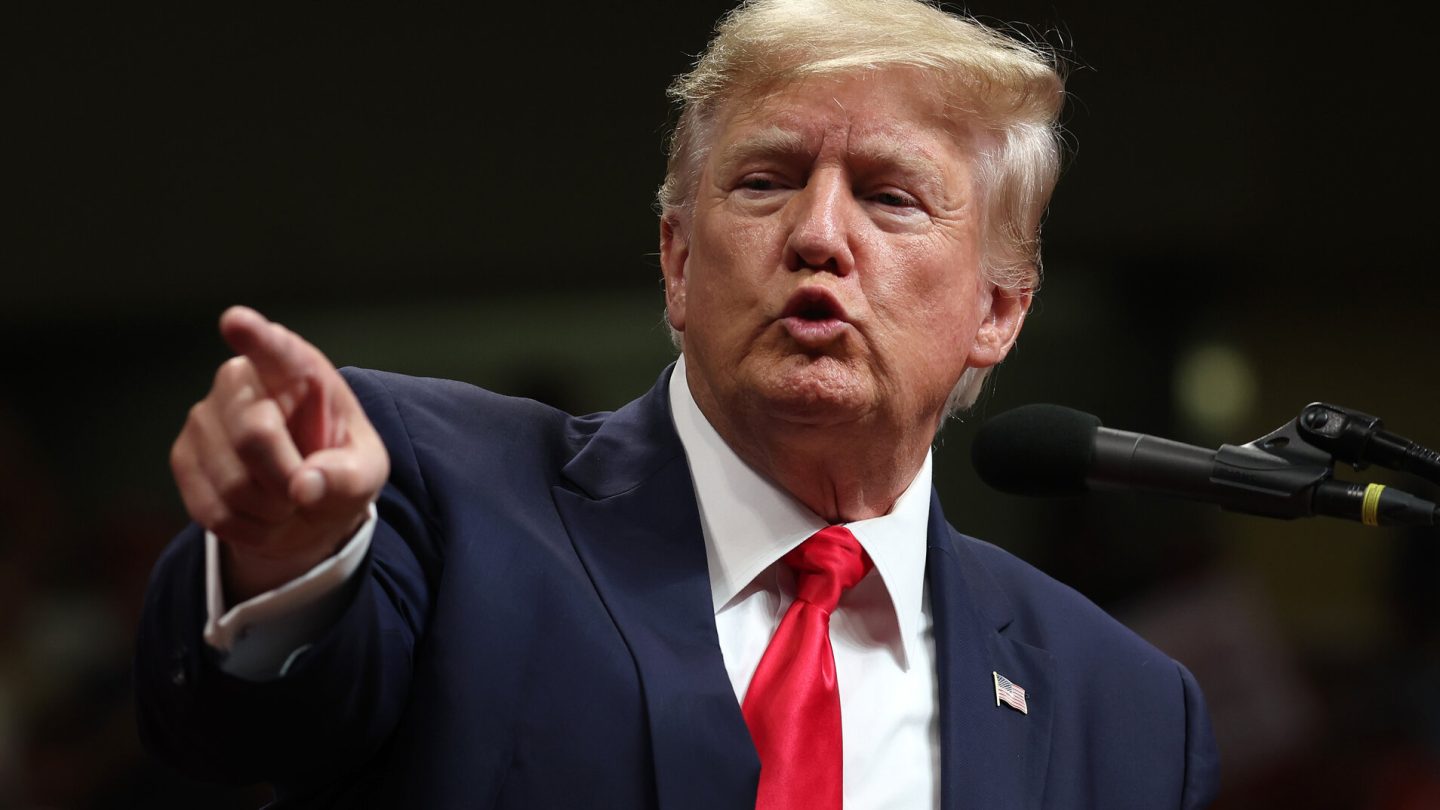 President Trump couldn’t resist lobbing a few broadsides at Tesla CEO Elon Musk at a rally over the weekend in Alaska, following the bombshell announcement on Friday that Musk has decided to abandon his $44 billion bid to acquire Twitter. An about-face, by the way, that’s headed to a courtroom as soon as this week, now that Twitter has reportedly enlisted the help of a powerhouse law firm, Wachtell Lipton. And put itself in the extraordinary position of suing a potential acquirer who no longer wants to do the acquiring.

As for President Trump, he reserved his harshest comments for Musk not over the Twitter deal. But rather over Musk, according to the president, saying he’s never before voted for a Republican.

“You know (Musk) said the other day ‘Oh, I’ve never voted for a Republican,'” Trump said. The remarks came during a Saturday rally in Anchorage, Alaska. “I said ‘I didn’t know that.’ He told me he voted for me. So he’s another bullshit artist.”

In his free-flowing, Trumpian public delivery style, the former president also included some discourse about Musk abandoning his Twitter bid.

“Elon! Elon is not gonna buy Twitter. Where did you hear that before? From ME … He’s not going to be by buying it. Although he might later. Who the hell knows what’s going to happen. He’s got a pretty rotten contract. I looked at his contract. Not a good contract.”

Those comments, by the way, are just one more oddball turn of events in what has quickly spiraled into a news story of clown town proportions.

Consider: After waiving the customary due diligence, for example, the Tesla CEO is now blaming his cold feet on all the bot, spam, and other assorted trash on the platform. Apparently, that’s all too much to deal with for the same brilliant engineering mind that built a company whose rockets can land themselves on ships in the middle of the ocean.

There’s also the tiny inconvenience of Twitter’s share price. It’s around $36, as of the time of this writing, well below the $54.20/share price that Musk offered for the company.

Trump’s Musk rant, meanwhile, came the day before the release of a streaming docuseries about the former president — and, specifically, about his connection to the events of January 6, 2021, which are now the subject of a House committee investigation.

Making this series noteworthy is the participation of President Trump and his family. As well as Vice President Pence, who stars in a particularly candid moment during the series. Six days after the rioting, someone shows Pence an email containing the wording of a resolution to invoke the 25th Amendment as a mechanism for removing Trump from office.

“Yeah, excellent,” Pence tells an aide. He adds, without any extra detail, “Tell Zach to print me off a hard copy for the trip home.”